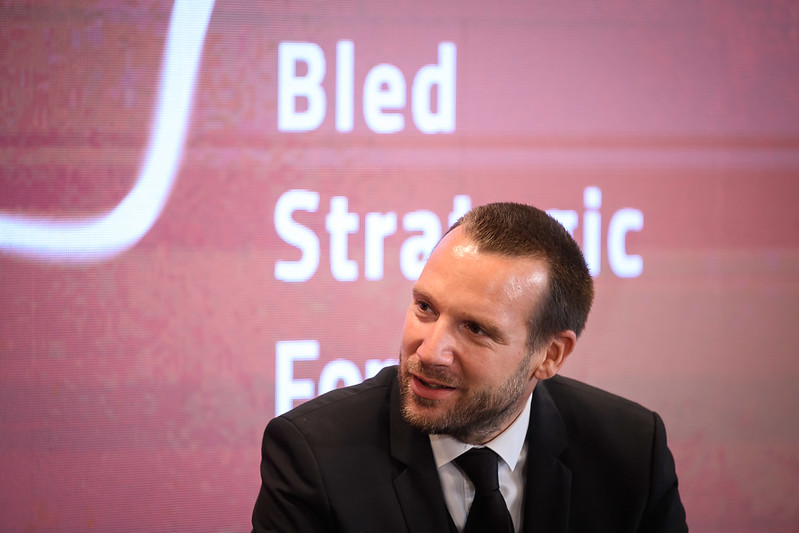 Membership criteria for the Western Balkans are important, but they will not be fully implemented without the EU adopting a strategic outlook and realising that the integration of the region is in its geopolitical interest, says Peter Grk, Head of Department for the Bled Strategic Forum at the Ministry of Foreign Affairs of Slovenia.

Speaking for European Western Balkans about the EU-Western Balkans Summit in Brdo, Slovenia, held on 6 October, and what it meant for the future of enlargement, Grk said that the Summit managed to put the interest of the EU back towards the region.

“Let me be very clear – enlargement process is not a choice, it’s a necessity. Necessity for the EU and necessity for the region. All other alternatives are geostrategically, politically and economically inadequate”, Grk says.

He adds that in a highly volatile and quickly changing global environment, where we seem to drift from one crisis to another, it’s way too easy to lose focus and shift from issue to issue.

“Western Balkans and its EU future should remain top European political and strategic priority; this is why Summit was important. It brought back the interest of the EU towards the region and we hope that this interest is about to ensure tangible results in both – concrete cooperation between the region and the EU, as well as awareness on the importance of concrete enlargement steps. Western Balkans needs ambitious but realistic timeframe of its EU integration. The goal should not be indefinite and should not be a long-term one”, Grk says.

He also believes that the enlargement process is facing some difficulties.

“There are a lot of reasons why we seem to be stuck, not just in the enlargement process, but more generally in the relations between the region and the EU. This enlargement process has, since the famous Thessaloniki declaration in 2003, been marked by years of chronic lack of political will, passion and above all thrust. Can you imagine that those born in 2003 get to be voters this year!”, Grk stresses.

In the meantime, there are new challenges in the region, emerging third actors and erosion of strategic influence that EU has, or should have over the Western Balkans, he says.

“Yes, meeting criteria for membership is important, the whole technical process is key in order to bring these countries closer to the EU, but they will never be fully implemented, if we don’t bring into the whole process above mentioned ingredients – strategic outlook, political will and geopolitical interests. We need to understand that enlargement is a wonderful tool to finally consolidate Europe and make it not just whole and free, but also an important geostrategic actor on a global stage”, Grk said.

Constant reform process with unclear enlargement progress is never going to be successful or efficient, he stressed.

“This is why for Slovenian Presidency, mentioning of the enlargement was so important in the final declaration of the Brdo Summit. It reaffirmed that the EU remains committed to the process; this word as tiny as it might seem, allows us to continue our work. Nevertheless, we are aware that mere mentioning of the enlargement  will not be enough, if we the EU doesn’t  deliver on its promises”, he says, adding that the Presidency will work hard until December to find a suitable compromise between Bulgaria and North Macedonia.

On the other hand, he adds, the problems of enlargement process are deeper than just this issue.

“While keeping the focus on meeting the membership criteria, rule of law and democracy, we must also push for a strategic debate inside of the EU regarding the significance of the region for the future of the EU. When we collectively understand this importance, then the fulfilment of criteria will be much easier to achieve”, Grk said.

During the Summit and the previous visit of Ursula von der Leyen to the region, the EU has been promoting the Economic and Investment Plan for the region, COVID assistance and other forms of practical cooperation. Asked whether this is enough for the Union to maintain its influence in the region, Grk says that, in order for the EU needs to assert itself in all areas – politically, economically and security wise.

“Of course, Economic and Investment plan is a key in order to achieve sustainable economic progress in the region and bring it closer to the connectivity corridors of the Union, but relations between EU and Western Balkans have never been just about economy. They are much more than that – they are built on shared values, commitments and goals. It’s not like the region can join some other continent, the region has a perspective of joining the EU and this is symbolically and also practically fundamental in understanding our relations. But – to come back to the my main message, which needs to be constantly repeated – perspective should become a reality”, he says.

On the question of the  Open Balkans initiative and whether the EU would prefer to see advances on the issue of the Common Regional Market, Grk says that the Open Balkan is good and a positive sign in a region, where some of the political issues from the past are still not resolved.

“On the other hand, it’s a shame that not all the countries of the region are involved. Additionally, I don’t see a competition between the Common regional Market and Open Balkans initiative. I rather think that they fundamentally share the same goals and this is at the end of the day the most important thing”, he concluded.