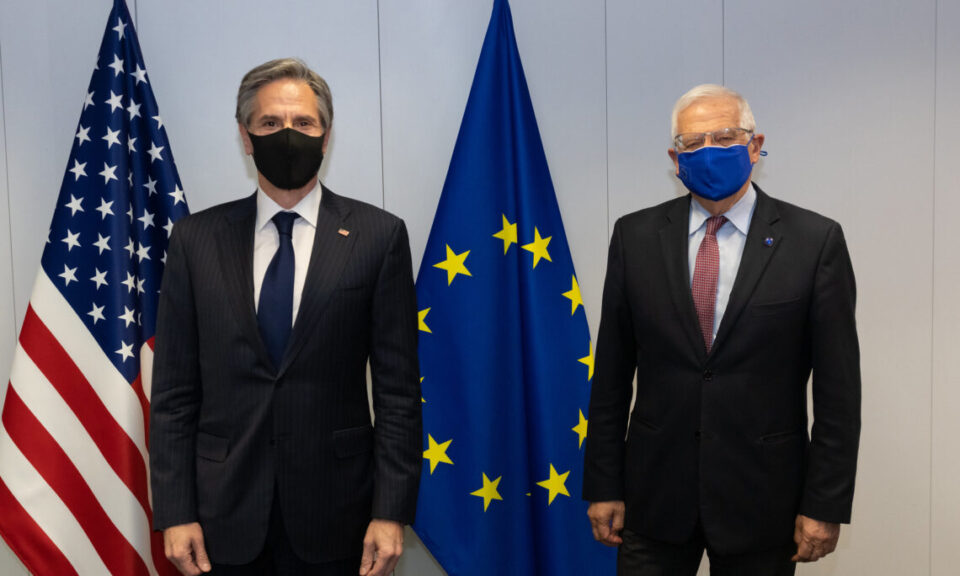 BRUSSELS / WASHINGTON – The US Department of State and the European External Action Service have released a joint statement on the Western Balkans .

We bring the original statement in full:

“Following the recent meeting between Secretary Blinken and High Representative Borrell, the United States and the EU agreed to further strengthen their joint engagement in the Western Balkans in support of the region’s progress on its European path. We underscore our full support for the EU’s enlargement process.  EU accession, a stated priority for the whole Western Balkans, helps consolidate democratic institutions, protect fundamental rights, and advance the rule of law.  This region belongs in the European Union. Closer integration will enhance stability and contribute to prosperity for the people of the region. In this context, we stress that accession negotiations with Albania and North Macedonia should start without delay.

The United States and the European Union are united in their firm support for the territorial integrity of Bosnia and Herzegovina, as well as in their joint work to promote electoral and constitutional reform and maintain the functionality of its state institutions.  We have serious concerns about increasingly divisive rhetoric in Bosnia and Herzegovina. We call on all parties to respect and protect state institutions, resume constructive dialogue, and take steps to advance progress on the EU integration path – including on relevant reforms. The EU and the United States stand ready to facilitate these steps.

We stress the importance of the EU-facilitated Dialogue, which is the key mechanism to address the comprehensive normalization of relations between Serbia and Kosovo. After the recent weeks of tension in the north of Kosovo, we encourage both parties to engage in continued and sustained de-escalation and avoid actions that threaten stability.  We welcome and support Kosovo’s engagement to fight corruption and organized crime, and we reiterate that violence against civilians, journalists, police, or other authorities is unacceptable.

We call on all political forces in Montenegro to work together to maintain a strategic orientation that reflects the desire of the people of Montenegro to achieve the reforms necessary to make their hopes for a future in the EU a reality.”

Várhelyi: EC proposes the opening talks with Skopje and Tirana, clusters with Belgrade

Corruption is acceptable for 29% of Serbian citizens, 51% believe that it can be reduced or eradicated

Maas: Migration from the Western Balkans related to both economic and political factors