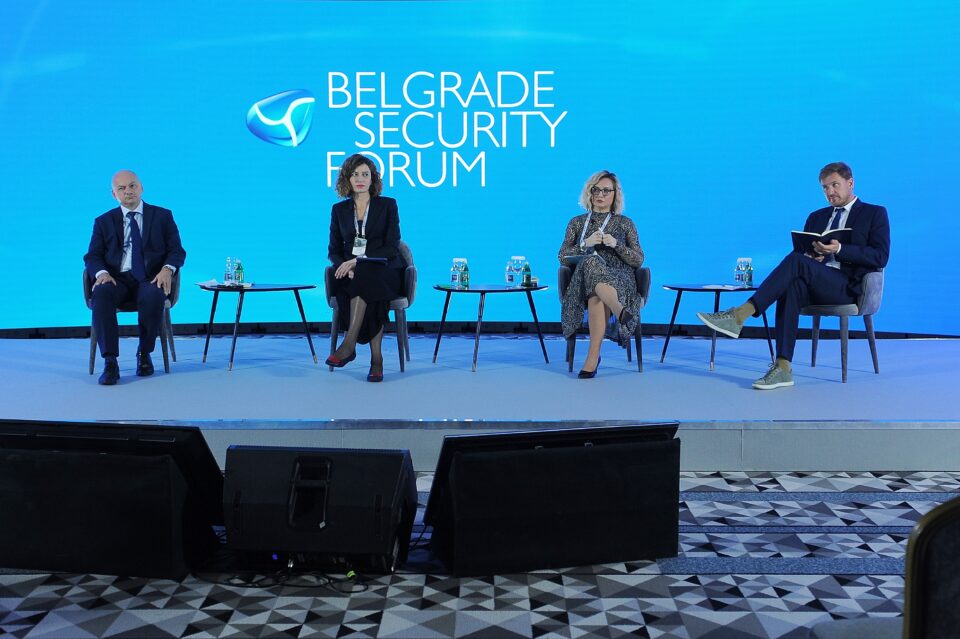 Jovana Marović, Vice – President of Montenegrin URA Movement, stated that the leaders of the Western Balkans are interested in the topic of the future of Europe, but exclusively through the process of accession to the European Union.

“When asked what kind of Europe they would like to join, politicians would answer that they just want to join the EU as it is now, just to do it as soon as possible. Unlike them, but also unlike the citizens of the EU, the citizens of the region have a vision of the EU as one that cares about fundamental values, rule of law, democracy, human rights, which is there to protect citizens and work on their initiatives,” said Marović.

Pointing out the difficulties in defining the terms “Europe” and the EU Dejan Jović, a professor of political science at the University of Zagreb, said that Europe is an idea that is evolving and evolving, and also a construction that people experience differently, and which is difficult to define federations and the like.

“It is the same with the Balkans, although people are desperately trying to define it, that is impossible,” Jović said, adding that difficulties arise when discussing when a country is ready to become “Europe” and whether it is the same as the EU.

He pointed out that the focus should be on functionality and not on the terminological definition of the union.

„We should stop aiming for a singular vision of Europe, as long as we live in a democracy we will have differing views. If we think of Europe as a state, then we need borders. But, is it really the idea for the EU to be a state? We have moved on from the attempt to use legal terms such as federation, to the area of functionality within this big debate on the Future of Europe. As with many other concepts, it’s impossible to define Europe, as an open concept.“, said Jović.

Anida Šabanović, Director and Senior Researcher at Foreign Policy Initiatives BH, believes that more significant involvement of the Western Balkan countries in the debate on the future of Europe would benefit both sides, instead of the region feeling like an “uninvited guest”.

“It could accelerate the process of European integration, since it is the future of Europe and the future of the Western Balkans, and it would also strengthen the experience of cooperation and partnership, which has been lacking in the formal accession process for a long time,” concluded Sabanovic.

She mentioned the problems of young people in the region, which do not differ from the problems that young people across the member states of the European Union have, and that it is necessary to talk about other aspects that connect the Western Balkans and the EU.

„Problems of youth in Western Balkans and the EU are the same. It’s not all about the accession process, but these conncections may haster future integration, foster a sense of togetherness“, said Šabanović.

According to Šabanović, civil society in the region, contrary to political leaders, who readiness for participating in the dijalogues on the Future of Europe.

„Civil society representatives are here and show readiness unlike are political leaders, but we are not formally a part of the conference on the future of Europe We are citizens of Europe, even if we are not citizens of Member States, we share tha same collective that is Europe, and we need to have our voices heard. This was an opportunity fo the Western Balkans political leadership to include the citizens“, Šabanović concluded.