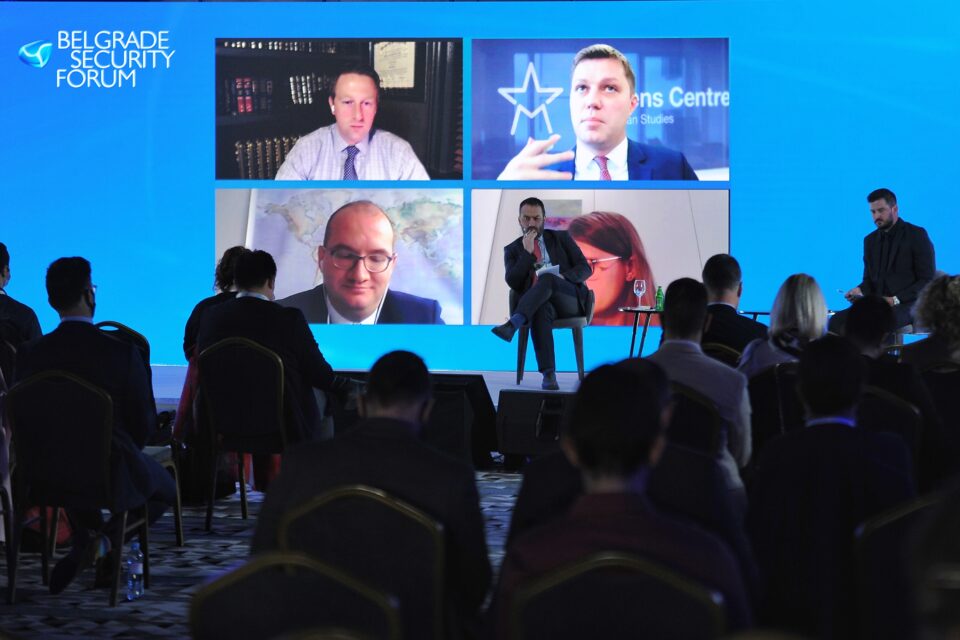 BELGRADE – Serbia has attracted 1.5 billion Euros of direct investments from China in the past five years, but the question is whether this is so-called corrosive, non-transparent capital. This was one of the points of discussion of the panel “China and Serbia – Strategic Investments” at the eleventh Belgrade Security Forum.

Deputy Regional Director for Europe and Eurasia at the Center for International Private Enterprise Eric Honz, explained that corrosive capital is non-transparent, beyond the reach of the authorities in terms of control and responsibility, and poses the question whether the purpose of the investment is to make a profit or it is about some other, hidden interest.

Describing the experiences of Central European countries with Chinese investments, Ivana Karásková, Founder and Leader of MapInfluence and China Observers in Central and Eastern Europe, said that trade had increased in the past eight years, but in favour of brownfield investments.

“Expectations have not been met, and the attempts have been made to influence local politicians, the media and members of the academic community – there is great economic disillusionment with China in the public, and a political concern. That does not mean that all Chinese investments are bad, but you should be very careful”, Karásková pointed out.

She emphasised that China employed experts to defend their political and economic interests in these countries and added that the research shows that when China invests in local media, neutral or negative reports on China disappear.

Research Officer at the Wilfried Martens Centre for European Studies Dimitar Lilkov stated that China is becoming a leading exporter of surveillance technologies, that it is already present in 70 countries in Southeast Asia, Europe and Africa, and that it is becoming a major supplier of telecommunications equipment.

He added that Chinese companies, which are the largest exporters of such equipment, also supply software for “smart cities”, which means equipment for traffic monitoring, infrastructure, but also techonologies for face recognition.

Igor Novaković, Research Director at the International Security Affairs Centre – ISAC Fund, assessed that the esential problem lies in the informal or formal influence of the Communist Party of China, i.e. the influence of politics or on business, in the case of state and private companies from the countries.

Novaković assessed that the question is whether they are really private or under the influence of the state.

“I do not claim that companies operating in Serbia are dangerous in themselves, but when there is a connection between politics and business, then there is a danger of using business decisions in favor of the political interest of the countrey from which investments come”, Novaković stressed.

He concluded that Serbia, together with the Chinese state and companies, is currently implementing projects worth several billion Euros, which can be a source of political risks, and which certainly “bypass” our legislation, especially when it comes to public procurement.