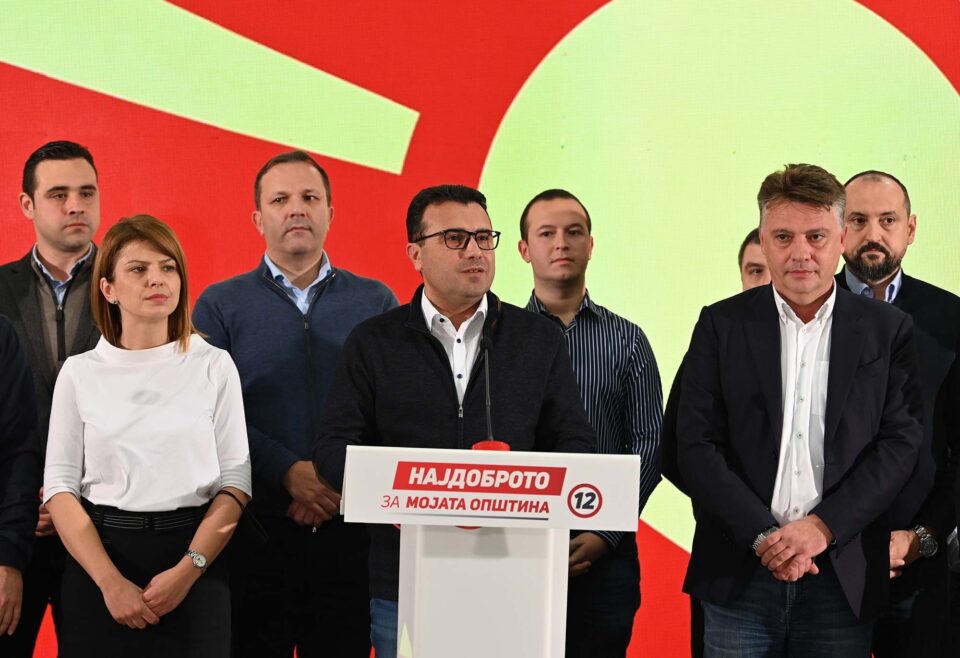 In 2017 local elections, Social Democratic Union of Macedonia (SDSM) won in 57 out of 80 municipalities and the capital of Skopje, while VMRO-DPMNE was left with just five victories. The country’s politics took a turn earlier that year, with SDSM leader Zoran Zaev forming a government after a prolonged political crisis.

Four years later, VMRO-DPMNE is back in control of 42 municipalities and the city of Skopje, while SDSM’s 57 wins were reduced to 16. Zaev announced his resignation as Prime Minister and SDSM leader, taking responsibility for the results, while the opposition has called for yet another early parliamentary election.

The loss of SDSM has since been interpreted in at least two ways – as a backlash against the government betting on the accelerated EU integration, which never materialised; as well as voters’ disappointment with the government’s record on reforms. Dimitar Bechev, Lecturer at the Oxford School of Global and Area Studies and a Visiting Scholar at Carnegie Europe, says the result is a combination of the two.

“EU negotiations did not start but also the government failed to deliver on its promise to clean Macedonian politics. There’s the pendulum effect in politics too, as time goes the momentum shifts towards the opposition. VMRO-DPMNE has loyal grassroots. Last but not least, SDSM made wrong calls with candidate choices in several cities”, says Bechev, a member of the Balkans in Europe Policy Advisory Group (BiEPAG).

Ivana Jordanovska, Political Expert and PhD student at the University of Southern California, says for European Western Balkans that a confluence of factors created the perfect storm, which explains the results of the local elections.

“The government invested a lot of its political capital in foreign policy: signing the Prespa Agreement, but also the Friendship Treaty with Bulgaria in the hope that it will result in NATO and EU accession. NATO happened, but the EU vetoes by France and then Bulgaria were a hard blow”, Jordanovska explains.

On the other hand, she says, SDSM never had a strong parliamentary mandate, one with a significant advantage over all other parties, which put them in what she describes as a precarious coalition with the Democratic Union for Integration (DUI).

“This resulted in many less-than-ideal compromises that disappointed a lot of voters, Macedonian and Albanian alike. Instead of dealing with the past marriage of convenience with DUI, SDSM was forced into a new one. And finally, SDSM itself made some disastrous decisions in appointing incompetent cadres, resulting in bad governance and policy implementation. There was a fear, in some individuals within SDSM, to trust beyond party lines”, Jordanovska says.

Nikolaos Tzifakis, Associate Professor of International Relations at the University of the Peloponnese, also a BiEPAG member, agrees that different factors played a role.

“It is not just the failure of the EU to deliver on its promise and commence accession negotiations with North Macedonia. The Zaev government has not vigorously pursued reforms, in disappointment of many of its voters”, Tzifakis adds. He also points out that the SDSM choices for mayoral posts were “not optimal”.

As of Tuesday, Zoran Zaev still has not submitted his resignation to the parliament. A day earlier, local media reported that the coalition partners opposed his decision. Government press office stated on Monday that the parliamentary majority, consisting of 62 out of 120 MPs, was stable.

On the other hand, VMRO-DPMNE leader Hristijan Mickoski stated on Sunday that the changes in the country began that night and that they would lead to the new parliamentary majority and early elections. In 2020, SDSM won the elections with a narrow advantage of less than 2% over VMRO-DPMNE. The parties have remained close in the polls ever since.

Nikolaos Tzifakis believes that Zoran Zaev shouldn’t have raised the stakes and treated local elections as a national vote.

“The largely justified discontent of some of its electorate does not signify an increase in approval rates of VMRO-DPMNE. By quitting his post and conceding defeat in what should have just been a vote in local elections, Zoran Zaev has given to the opposition the chance to shape the agenda and lead the country to fresh parliamentary elections”, Tzifakis says.

On the other hand, Ivana Jordanovska thinks it’s possible and advisable to avoid early elections “despite what many foreign experts have been saying and tweeting lately”.

“Essentially, local elections don’t threaten a parliamentary majority. The next regular elections are scheduled for 2024 and I hope that these local elections results will serve as a wake up call. Unfortunately, if VMRO returns, I don’t see a bright future for the country. The party itself never faced its criminal past and will likely repeat much of it, even if it happens in a different form. Of course, it will continue to pay lip service to the EU, but it will not be a productive partner for the Union, nor a good leader of its people”, Jordanovska says.

“I guess early elections could be avoided but the price would be SDSM depending even more on DUI’s support in order to retain office”, he adds.

According to the country’s Constitution, a resignation of the Prime Minister triggers the resignation of the government. It remains in a caretaker status until the next government is elected. The parliament is dissolved early if the majority of MPs votes in favour of that decision.

Krivokapić in Belgrade with Serbian officials on improving bilateral relations