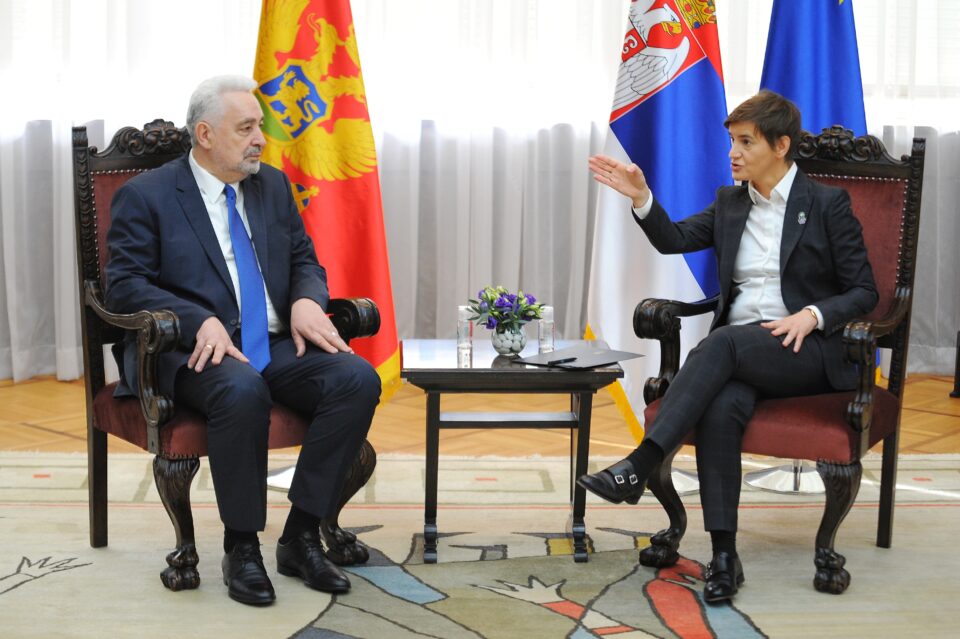 BELGRADE – Prime Minister of Montenegro Zdravko Krivokapić arrived to Serbia yesterday for an official visit. On Wednesday, he held meetings with the country’s highest officials.

After meeting with Krivokapić, Serbian Prime Minister Ana Brnabić said that it is no secret that Serbia and Montenegro have a number of open and difficult issues in relations with Montenegro and that the visit is primarily focused on the positives.

“The visit is primarily focused on positive things and we can easily and quickly start to show good will and change the dynamics of relations, and at such meetings some issues are not opened”, told Brnabić, FoNet reported.

Prime Minister of Montenegro arrived yesterday for his first official visit to Serbia and was greeted at the Nikola Tesla Airport i Belgrade by Serbia’s Deputy Prime Minister and Minster of Agriculture Branislav Nedimović, which caused attention due to the fact that Nedimović was dressed in jeans instead of a suit.

Prime Minister of Serbia mentioned that attributed it to a “well-known disrespect of dress code by Branislav Nedimović”.

Brnabić said that he usually did that, but “without a bad intention”, adding that the plan was for Foreign Minister Nikola Selaković to greet Krivokapić at the airport, but he was late from Athens. She did not explain why she wasn’t at the airoport to greet her Montenegrin counterpart but said she was to be blamed for the fault in the protocol.

Montenegro’s Government said in a statement following Vučić–Krivokapić meeting that the country’s Prime Minister visit to Serbia “represents a positive impetus for intensifying cooperation between the two countries, but also a clear signal to the international community that there is capacity in the region to overcome possible open issues through dialogue and common interest”.

Krivokapić wrote on Twitter that the meeting with President of Serbia took place in an open and constructive atmosphere.

“We agreed that the relations between Montenegro and Serbia must be of better quality and more intensive, in line with the interests of all our citizes”, Krivokapić told.

He expressed hope that his first visit will be a good sign of a new path of improvement and prosperity in bilateral relations.

“The most important part of the our talks is looking to the future. That is what the citizens expect from us. President Vučić expressed his readiness to work mutually for the benefit of both countries in every sense”, Krivokapić said.

Vučić said the intensive and continued dialogue at the highest level was a pre-condition for better understanding and made it easier to overcome possible differences between the two countries.

He added that Serbia attached particular importance to further developing overall bilateral relations with Montenegro in the spirit of friendship and mutual respect.