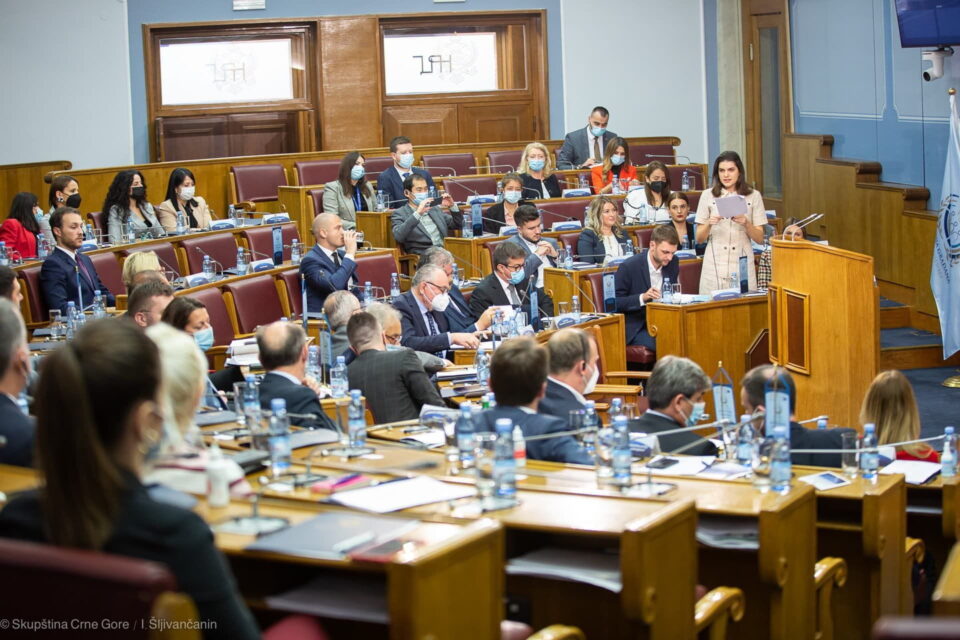 PODGORICA – The Parliament of Montenegro, in cooperation with the European Parliament, organised the Citizens’ Assembly, a new instrument for citizen participation in decision and policy making process.

According to the press release of the Parliament of Montenegro, the topic of the sitting on Thursday, 4 November, was corruption in the health care system and public sector, while views and recommendations of the public on this issue were delivered by the representatives of the group of citizens, who came up with the recommendations through special methodology via previously conducted panel of citizens.

During the sitting, the representatives of citizens presented recommendations which, as they pointed out, reflected the diversity reached by a two-thirds majority, while one part of the recommendations was reached unanimously.

Montenegro is the first country outside the European Union to implement this project.

The event brought together members of the Parliament of Montenegro, Members of the European Parliament, representatives of citizens, non-governmental organisations participating in the project and foreign experts in the field of deliberative democracy.

Full House in the Parliament of Montenegro for the final session of the Citizens’ Assembly against corruption.

The parliamentary sitting was opened by President of the Parliament of Montenegro Aleksa Bečić and Chairman of the European Parliament’s Delegation to the EU-Montenegro SAPC, Vladimír Bilčík.

Aleksa Bečić thanked the European Parliament “for the support and acknowledgment of the Parliament of Montenegro as a relevant partner to implement such a unique and demanding project with.”

He noted that the Citizens’ Assembly was organised for the first time in a country outside the European Union, and that the Parliament of Montenegro was the first parliament in which the European Parliament supported the implementation of such an innovative project, and assessed that “such examples create new opportunities and contribute to the development of democracy and the achievements of new democratic standards”.

Chairman of the European Parliament’s Delegation to the EU-Montenegro SAPC, Vladimír Bilčík congratulated the MPs, “especially the President of the Parliament, dear Aleksa, for supporting this innovative European project of the Citizens’ Assembly”.

“By supporting this project, your Parliament is showing regional leadership when it comes to openness and democratic development. Some EU member states and the European Union have developed similar tools with this conference, but no other Western Balkan country has applied it – and this truly represents a historic moment for Montenegro and your region”, Bilčík said.