EC Report on North Macedonia: A clear reflection of the political and economic status of country

During the recent visit of Commission President Ursula von der Leyen’s to the region, she reiterated once again that the ‘lack of decision to open accession negotiations with North Macedonia (and Albania) is jeopardising EU’s standing and leverage in the region’. She also repeated the position of the EU Commission that “it is not a question of if, but when” the Western Balkans will be brought in.

As far as the Commission is concerned, the expectations to start the negotiation process with North Macedonia are clearly outlined in the 2021 Communication on EU enlargement policy which was presented on October 19 by the Commissioner for Neighbourhood and Enlargement Várhelyi, together with the country reports.

While also mentioning that the “delay in the official launch of accession negotiations with North Macedonia is having a negative impact on the credibility of the EU”, the timeline presented in the Communication was clear: the EU Member States need to conclude the discussions on the Negotiating Framework without further delay and the first intergovernmental conference must held as soon as possible, ideally before the end of the year. In other words, the Commission wants to see the problem resolved with mutual satisfaction and the process started under this years Slovenian Presidency.

Ursula von der Leyen’s message to Bulgaria and North Macedonia during her visit was clear.  Both countries, especially Bulgaria must engage more profoundly with the EU and each other and also have to stop damaging the reputation of the Commission in the region. Time will tell if these words will make an impact in Sofia.

A novel element in the Commission’s Communication are the international standards or third-party indicators that the Commission will look at when it comes to assessing the candidate countries in terms of democracy, good governance and rule of law. These include, but are not limited to; the Nations in Transit report of the Freedom house, Democracy index by the Economist Intelligence Unit, World Press Freedom Index, Corruption Perceptions Index of Transparency International.

Special attention will be paid to the suggestions and reports from the EU member states as well. In light of the new methodology, involvement of the member states in the accession process will be much more visible and decisive.

This year’s EU annual reports are aligned with the cluster approach promoted by the new methodology for accession negotiation endorsed by the EU Council in March 2020. The existing (35) chapters are grouped in 6 clusters and assessed consequently. According to the report on North Macedonia, on the political criteria, the country has shown its steady commitment to deliver on reforms.

The report mentions that the government’s ‘Europe at Home’ agenda and the ‘Action Plan 21’ to fight corruption are creating a favorable climate to proceed with important reforms in key areas. Nevertheless, it does not stop short of criticizing the government that it should focus on the “implementation of the existing legal framework rather than launching sporadic new initiatives”, or in other words results over promises.

The report also emphasizes the problem with the practice of law-making by using fast track procedure and the need to limit this practice in order to ensure effective scrutiny and consultation on legislation. A total of 159 laws have been adopted in the reporting period (one year), out of which half, or 79 laws were adopted using this shortened procedure.

The importance of the coherent use of the ‘EU flag’ – fast track procedure for transposition of the EU acquis into the national legal systemis explicitly mentioned. The adoption of the National Plan for Adoption of the EU Acquis-NPAA (2021-2025) is important milestone in the work of the Secretariat for European Affairs, rightly praised in the report of the commission, but what is missing is that the revision of the existing Macedonian structure for negotiations with the EU is still lacking, i.e. it is not fully aligned with the new accession negotiation methodology.

If and when the accession negotiations start, there will be no time to deal with restructuring and readjusting of such a massive system. It has to be done now, or early as possible to make space for the system to prove that is capable to deal with the complex accession process and negotiations.. Obviously, clarity and prospects (one of the main elements of the new methodology) matters also in the domestic context.

The report is positive and clearly reflects in an objective way the political and economic-social status of country at the moment, showing the way forward and where the focus should be in the coming months. However, difficult reforms require huge political investments and extra energy by all sides that cannot be marshalled without opening accession negotiations as an incentive for further advancement.

BiH and the EU: The politics of „almost“ does not deliver anymore, Hahn loses patience

[VIDEO] EU and Western Balkans in 2019: European Elections and the Western... 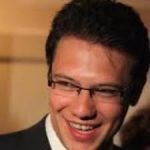