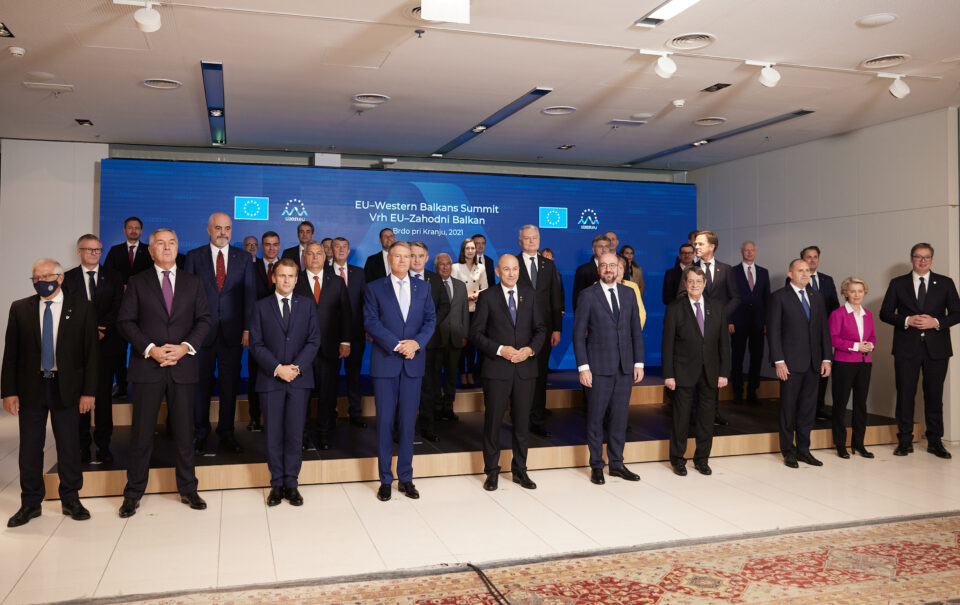 BRUSSELS – Clear commitment of Member States to enlargement, high costs for potential vetoes, fulfilment  of promises – all of this is currently lacking when it comes to EU-Western Balkans relations, making the European Commission reports less important than they once were. Additionally, worrying indicators can be gathered from the region in terms of the public opinion.

These were some of the conclusions of the online policy dialogue “The 2021 Enlargement Package: restoring the EU’s  transformative leverage in the Balkans”  held on Monday. The event was organised by the European Policy Centre, in cooperation with the Balkans in Europe Policy Advisory Group (BiEPAG).

Maciej Popowski, Acting Director-General of the Directorate General Neighbourhood and Enlargement said that he was hopeful that all four Inter-Governmental Conferences, with Montenegro, Serbia, Albania and North Macedonia, will take place by the end of the year, though he reminded that this doesn’t hinge solely on the findings of the European Commission.

“The delay on the adoption of the negotiating frameworks with Albania and North Macedonia had the consequences on the entire region… We don’t want to lose the Balkans, and the citizens. The overall level of support (for EU enlargement) is still high, but it cannot be taken for granted”, Popowski said.

He added that the Commission acknowledged Serbia’s ambition to open clusters 3 and 4 and that, even though Montenegro has already opened all chapters, the Inter-Governmental Conferences held in June with the two countries in accordance with the new methodology brought a new dynamic to the process.

“I have attended the first two ICG in June in Luxembourg, and I could see the difference, there was a new dynamism, a lively exchange on the prospects”, Popowski said.

Commenting on the recently published reports, Popowski said that the Commission, as usual, has drawn on the wide range of different sources and that it has been in touch with many international organisation and the civil society.

Florian Bieber, Professor at the University of Graz and BiEPAG coordinator, remarked that the overall context for enlargement is quite discouraging.

“The reports do reflect reality, although in Serbia there were comments that the report accurately reflect technical progress but lack the ability to capture the political context”, Bieber said.

He quoted the new poll released by BiEPAG, according to which a quarter of citizens in the region of the Western Balkans believe they will never join the EU, with the highest percentages in Serbia (44%) and North Macedonia (34%).

See also: Public Opinion Poll in the Western Balkans on the EU Integration

“This is a problem because it removes the pressure on the elites to implement reforms”, Bieber said, adding that the results of recent elections in North Macedonia show to the elites in the region that, if one puts all eggs in one basket – the EU – one risks being punished by the voters.

“Without a political message and with the difficulty with the e-word (enlargement), the reports lose the power they once had. They have now become much more of a non-event. Which is a pity – they are in many ways better than five years ago”, Bieber said.

Natasha Wunsch, Assistant Professor at Sciences Po, Senior Researcher at ETH Zurich and a BiEPAG member, also commented on the findings of the BiEPAG poll, highlighting the fact that, while a large majority of the region still supports joining the EU – with Serbia being an outlier (only 53%) – there are worrying indicators.

“The younger generation are more skeptical compared to older cohorts and there is a skepticism about the timeline of their membership, which indicates deep disillusionment”, Wunsch said.

Wunsch recommended that the EU needs to establish a more credible narrative on enlargement, which will include meeting its promises, stop praising authoritarian-leaning leaders, finding a way to deal with these tendencies within the EU and including the region in the EU initiatives, with Conference on the Future of Europe being a missed opportunity in this regard.

“We know which countries are potential vetoers in the future – it is tempting to use it if the price is not high enough”, he said, adding that the Union should find a way to make this price higher.

Natasha Wunsch and Maciej Popowski disagreed on whether the enlargement process was becoming too transactional instead of being transformative, which was indicated by the findings of a BiEPAG poll, in which the citizens mostly favoured material benefits of EU membership instead of incentive for democratic reforms.

Popowski assessed that this was a false dichotomy and that the Economic and Investment Plan released by the European Commission is also a transformative tool following the EU flagship initiatives in the area such as the Green agenda. In IPA III, Popwski said, there is a modulation which would allow the EU to adapt its contribution to the pace of the reforms.

On the other hand, Wunsch said that it is not about a choice between one or the other, but that a balance is needed between concrete benefits and the story of democratisation and transformation and now this balance is lost.

Different views were also heard on whether Serbia’s progress was as laudable as the European Commission President Ursula von der Leyen presented it during her visit to the country in September.

Maciej Popowski said that he had briefed President von der Leyen before her tour through the region, which he assessed as successful, and that the European Commission has progress in Serbia, which was not perfect, but still showed “a lot of engagement” of the government in reforms.

Florian Bieber expressed a different view on the issue.

“Serbia is the least democratic country in the region, the election next year are not guaranteed to be free and fair, there is no commitment of the government for that, so the statement of von der Leyen that there was great progress ringed hollow”, he said.