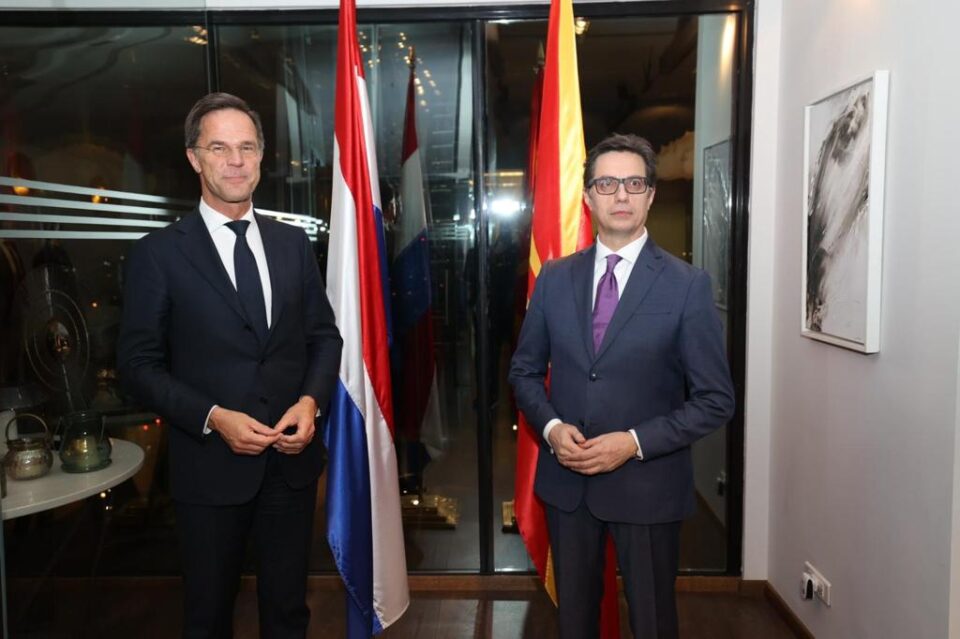 TIRANA / SKOPJE – Prime Minister of the Netherlands Mark Rutte visited Albania and North Macedonia yesterday, conveying messages of support for holding the first Inter-Governmental Conferences with the two countries and resolving the issues between Bulgaria and North Macedonia.

In both countries, Rutte met with civil society representatives in addition to the political leaders.

Following his  meeting with Prime Minister Edi Rama in Tirana, Rutte said that the Bulgarian presidential elections of November 14 will be decisive for Albania’s and North Macedonia’s path towards the EU, Exit reports.

“In order [for Albania] to hold its First Intergovernmental Conference, it is essential that the issues between Bulgaria and North Macedonia be resolved. I hope this happens. You have done a lot. To be fair, [Albania] has made the right amount of progress,” Rutte said.

I’d like to thank Prime Minister @ediramaal for the warm welcome here in Tirana. I have seen with my own eyes how hard Albania is working to implement the necessary reforms as a candidate country for EU membership. Albania is on the right track. pic.twitter.com/4RPkTIu7mi

“The Netherlands has been one of the countries holding out the longest against the accession talks, but so much progress has been made over the last couple of years that I wanted to personally convey the message that we were so happy that at least the EU has decided to start the accession talks. Of course, unfortunately, there is a problem now with Bulgaria which we need to solve, but at least this problem has been taken care of that we, in principle, can start accession talks”, Rutte said for Sitel.

He said that he was “cautiously optimistic” about the start of the accession talks in December.

“I hope that after the Bulgarian election next Sunday and the fact that my colleagues in the EU are very much in agreement that this bilateral issue between Bulgaria and North Macedonia should not stand in the way of opening the accession talks with both North Macedonia and Albania. That is really a collectively held opinion in the European Union”, Rutte said.

Following the meetings, Rutte wrote on Twitter that work still needs to be done here on the rule of law and modernisation of the economy. Nevertheless, the Netherlands believes that North Macedonia – like Albania – is ready to start formal EU accession negotiations, he tweeted.

EC Report on Serbia: The focus mainly on formal improvements