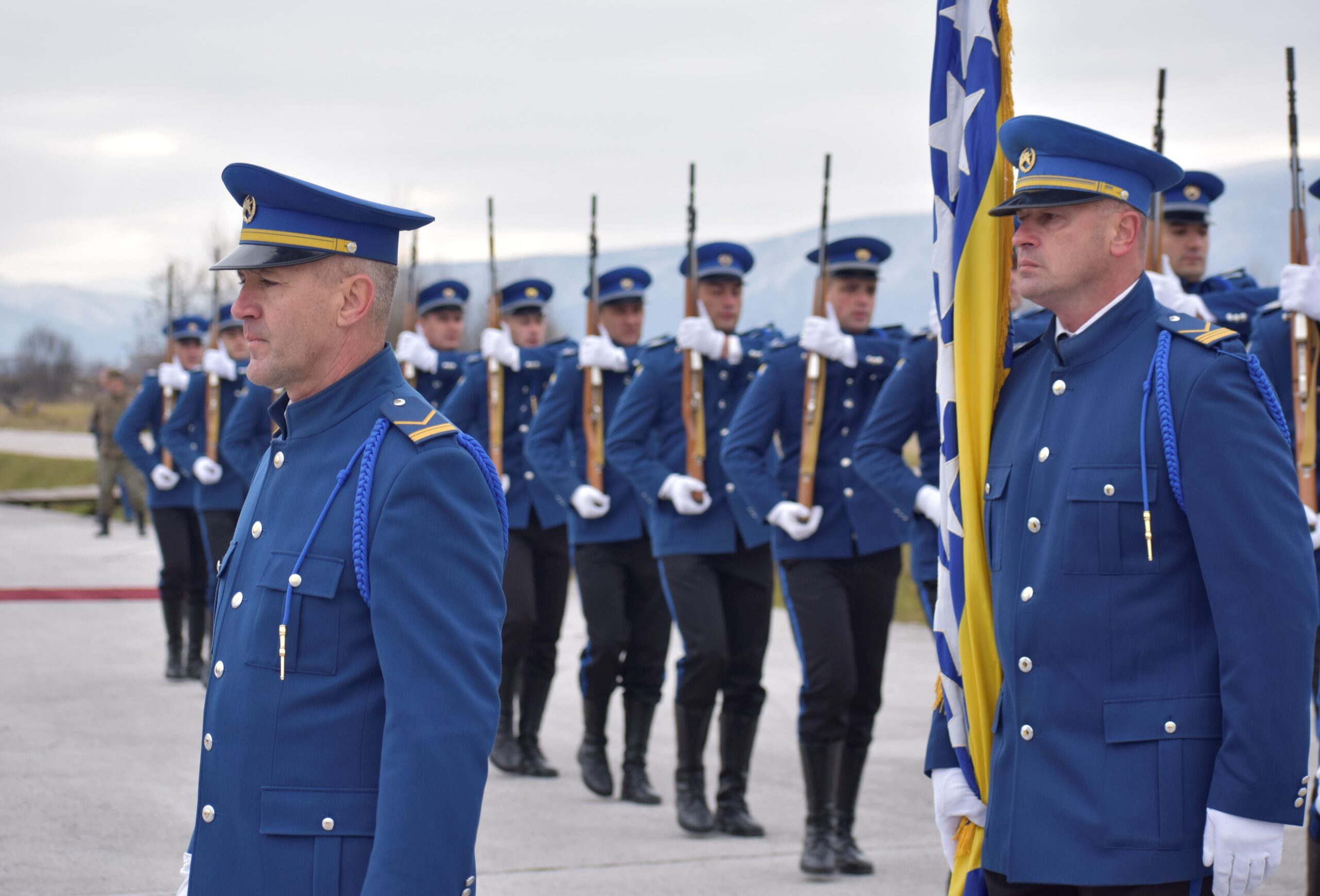 The political crisis in Bosnia and Herzegovina (BiH) has reached such levels that some are arguing that the peace itself is threatened and that a new war is imminent. While the current political crisis is the most serious since the 2001 Croat Home Rule, an all-out war reminiscent of the horrible conflict in 1990s is extremely unlikely. This does not mean that sporadic violence is impossible or even unlikely or that the current crisis is not exceptionally serious or difficult to overcome. However, warfare, which claimed 100,000 lives in BiH in the 1990s and made 2.3 million people refugees, is very unlikely to reignite. The reason for this is not a lack of hatred or nationalistic rhetoric, as inter-group relations are worse in 2021 than they were in 1991. Rather, all three constituent nations in BiH are simply lacking the three Ms necessary to start and conduct war: manpower, material, and motivation.

In 1995, Bosniak forces (ABiH) numbered 230 thousand soldiers (96% of whom were Bosniak), Croat forces (HVO) numbered around 45 thousand soldiers (overwhelmingly Croat in 1995, although in 1992 HVO was around 15% Bosniak) and Serb forces (VRS) numbered 155 thousand soldiers (virtually entirely Serb). In other words, in 1995 there were 430,000 soldiers across the three armies, or close to a staggering 10% of the entire pre-war population of 4.4 million.

Today, the armed forces of BiH consist of around 8,800 soldiers. 20% are Croat, 34% Serb and 46% Bosniak, which roughly translates to 1,800 Croat soldiers, 3,000 Serb soldiers and 4,000 Bosniak soldiers. The armed forces have three multiethnic infantry brigades and a small number of support units, but the brigades are comprised of three monoethnic battalions stationed in different towns, meaning that the army is for all intents and purposes divided into three separate forces.

The current population of BiH is estimated at slightly more than 2.6 million with roughly 350 thousand Croats, 950 thousand Serbs and 1.3 million Bosniaks. While a 60-year-old can squeeze a trigger as easily as an 18-year-old, warfare, especially in the rugged and mountainous terrain of BiH, requires young people. BiH has experienced an unprecedented surge in emigration in the last decade, and roughly half of young people (15-30) in a recent survey stated that they plan on leaving the country. The population is on average more than five years older than it was in 1991, meaning that there are less military-age citizens. In 1991, the 18-year-old male cohort was between 37 and 38 thousand. In 2021, it is around 14 thousand, or a bit more than a third of the 1991 18-year-old cohort.

In a scenario with full mobilization akin to the 1990s, the maximum all three sides could muster, including current active-duty policeman and soldiers, would be 20 thousand for Croats, 55 thousand for Serbs and 75 thousand for Bosniaks, or 150,000 thousand in total. The actual mobilization rate, given the deep disappointment of young people in their representatives and the fact that it is much easier to emigrate today than it was in the 1990s, could be even lower. For the sake of estimation, a total of 150,000 soldiers in comparison with 430,000 in 1995 would mean a third of manpower to cover a potential front as wide as in the 1990s, which was too wide even then for the available forces. There would not only be no forces available for strategic offensives, but all three sides would have great issues mustering enough troops even for static defense of the potential frontline.

With a third of the potential soldiers who were active in 1995, quantity is a huge issue. However, quality might be an even more important factor. All 18-years-olds in Yugoslavia were required to serve a full year in the army, receiving both basic training and specialist training, which was a huge factor in mobilizing soldiers so quickly in the 1990s. Military service was fully discontinued in BiH in 2006, meaning that all 18 to 33-year-olds, which make an overwhelming majority of the fighting age population, have no military training at all. If mobilized, it would take months to have even the most basic fighting force for static defense. It would be at least a year until any side could go on a real strategic offensive. Even the youngest veterans from 1995 are in their mid-forties, meaning that an average veteran in his 50s would be outside of an effective fighting age.

The issue of military material would be even more prohibitive than that of mobilization. BiH does not have any jet airplanes and its few operational helicopters are used primarily for transportation. There are roughly 40 operational tanks, 80 operational APCs and some 120 operational pieces of heavy artillery, the rest of the stock being a few decades old and largely unusable. For comparison, Serbs alone had 500 tanks, 400 APCs and around 1,000 heavy artillery pieces in 1992. In other words, the war would have to be conducted exclusively with light weapons. There are some 270,000 handguns and hunting weapons registered, and many people have hidden automatic weapons from the war. However, while AKs, RPGs, and occasional mortar might be enough to create violence in the handful of remaining multiethnic towns, they are not enough to wage a full-scale war, even if morale and motivation is high, which would not be the case.

The war in the 1990s was all about conquering territory and cleansing the “other” from it, creating homogeneous areas in BiH. Sadly, this was highly effective. Today 95% of Serbs live in Republika Srpska (RS), 85% of Bosniaks live in six Bosniak-majority cantons and 70% of Croats live in four Croat-majority cantons. Most towns are monoethnic (for example, Sarajevo today is 82% Bosniak with Croats and Serbs combined making up less than 9% of population), and the few multiethnic towns such as Brčko, Gornji Vakuf-Uskoplje, or Mostar are still divided by wartime frontlines into two monoethnic parts. The multiethnic character of towns and cities were additional victims of the horrible war in the 1990s.

This tragic reality, however, means that there is a lack of motivation to start a war, as all sides now control monoethnic territory that encompasses almost all their members in BiH. Croats, for example, have no reason to go to war with the Serbs as there are roughly 5,000 elderly Croats left in RS (out of a pre-war 145,000). Likewise, there are around 8,000 Serbs left in Croat-controlled ethnic Serb territory in Canton 10. There is simply no motive for a war between Croats and Serbs, and if anything, given their political cooperation during the last decade in BiH, they would more likely be allies than enemies if another war begins.

Given the ethnic homogenization of territory, what could motivate Bosniaks to march, equipped only with small arms, to Banja Luka which is over 90% Serb, to face an equal force? This is presuming that Serbia (or Croatia) would not intervene if another conflict begins, which would most likely not be the case given recent “Serbian World” rhetoric and the fact that NATO-member Croatia’s president was caught on tape saying that he would not “leave Croats alone in BiH with Bosniaks if Republika Srpska secedes.” Would Bosniak forces try to capture the 99% Croat West Herzegovina canton if another conflict arises? What would they even do with that territory, given that BiH is already one of the most sparsely populated countries in Europe? Even if captured, how would they pacify and rule an area inhibited entirely by an ethnic other? Who is ready to risk their lives and the lives of their family for a territory that there is no way to effectively control without genocide and ethnic cleansing? The recent assertion of Bakir Izetbegović, leader of the largest Bosniak party in BiH, that Bosniaks would mobilize 200,000 soldiers to prevent dissolution of BiH, is simply political posturing aimed at both his voters and the international community rather than a realistic statement.

Simply, despite the anxieties of some, mostly diasporic, voices, the territory has become ethnically homogenized to the point that an all-out war would lack proper motivation as there is almost no disputed multiethnic territory left. BiH is already clearly divided. However, this is not to say that localized violence could not erupt between Bosniaks and Serbs in Brčko or Bosniaks and Croats in Central Bosnia. Despite this possibility, there is no indication that this violence would not stay localized. After all, in 2001 Croats proclaimed de facto secession from the FBiH for six months. Bosniaks did not try to take control of the Croat territory and there was no violent conflict despite rising tensions. The Croat Home Rule was abolished only thanks to SFOR tanks and soldiers.

The international factor and violence

Today the EU-led Althea peace mission has 600 soldiers in BiH. At this strength, it is more of a liability as potential hostages (like in the 1990s) than a serious deterrent. There are simply too few to act as anything other than glorified observers on the ground. In the case that RS secedes (or RS and Croat-majority cantons in the FBiH jointly secede), Bosniaks conducting military actions to prevent it would risk the involvement of Croatia and Serbia. The current homogeneity of territories and the lack of international forces to squash secession (if it occurs, although local politicians have more interest in preserving the status quo and enjoying the patronage system than becoming another Transnistria) means that there is no motive for an all-out war in BiH. Small scale skirmishes and terrorist activities are possible, like the ones we have seen over the last 25 years, which included planted bombs in Bugojno and Mostar and the killings and intimidation of returnees, but they would be a far cry from all-out war.

However, just because the war is unlikely does not mean that the two main political crises (Bosniak-Serb on the recent OHR decision and Bosniak-Croat on election law reform) should not be taken seriously. BiH is on the brink of the complete collapse of the political system after three years of gridlock, which could lead to dissolution. As we learned in the 1990s, it does not take two (or three) willing sides to wage a war, but it does take manpower, military material, and motivation, all of which is scarcely available today in BiH.

US State Department: Lack of coordination in WB creates fertile ground for terrorism 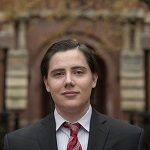 Valentino Grbavac is a PhD candidate in Politics at the University of Edinburgh, focusing on federalism, power-sharing and institutional design in divided societies. He earned an MA in Eurasian, Russian and East European Studies and an honors certificate in International Business Diplomacy at the School of Foreign Service, Georgetown University.