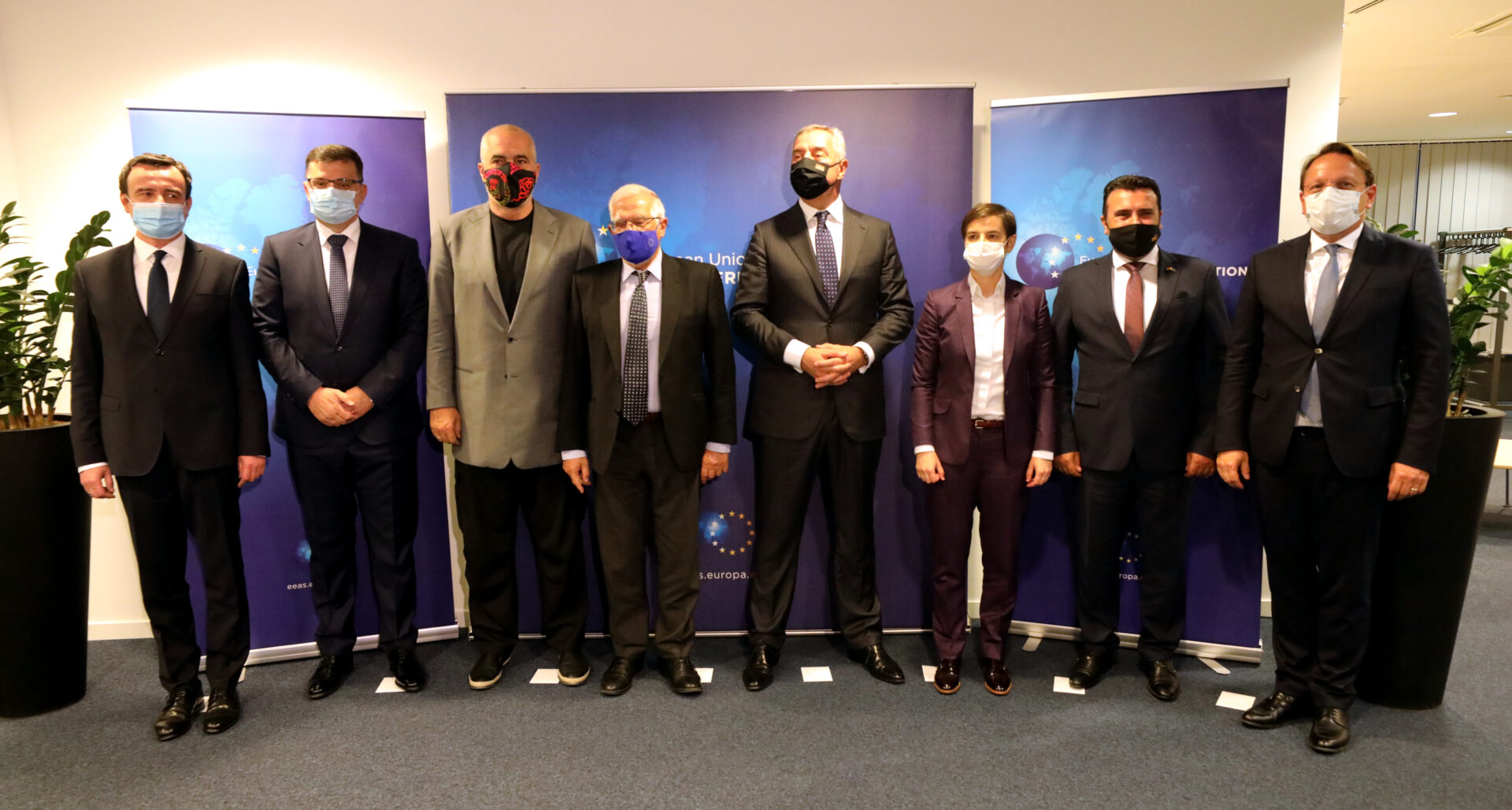 The piece was originally published by the European Council on Foreign Relations.

Tensions have grown in recent months in the Western Balkans, and the coming weeks look difficult across the region. In Bosnia and Herzegovina, the leader of Bosnian Serbs, Milorad Dodik, is threatening to lead his party out of the country’s delicately constructed state institutions. In North Macedonia, the prime minister, Zoran Zaev, has resigned. In Montenegro, members of the governing coalition are at loggerheads. In Kosovo, the Serb Srpska Lista party is talking about quitting state institutions. And in Serbia itself, all manner of ills abound, most currently protests around a Belgrade mural of Ratko Mladic.

With the exception of the Macedonian case, the common thread running through all these issues is that of the Serbian government’s meddling in its neighbours’ affairs through Serb minorities’ political representation. This has become a pattern of behaviour by Belgrade, one with reflections of the 1990s. “The task of this generation of politicians is to create the Serbian world, that is, to unite Serbs wherever they live”, announced Serbian interior minister Aleksandar Vulin in July. The recurring theme among Serb politicians across the region is the call for emancipation from the post-Yugoslav wars settlement. Together with high public support in the region for authoritarian regimes, and for Russia and China, a poisonous mixture is brewing.

Serbia is effectively a captured state – “our hard-won freedom from Milosevic is lost”, one local observer told me recently. It has an “unreplaceable government” despite free (but not fair) elections; it is mired by high-level corruption; and its media environment has deteriorated further. According to media analysts, between July 2020 and the end of June 2021, representatives of the ruling majority received as much as 93 per cent of the television airtime on programming covering political actors, while the opposition was present in the remaining 7 per cent of time. In September alone the president, Aleksandar Vucic, appeared – at length – on television on no fewer than 37 occasions, some broadcasts lasting two or three hours a time. And this extends beyond the obvious realm of politics and hard news: one recent study investigated Serbian Telecom’s purchase of the rights to show English Premier League football games in countries across the region – a move made, in the author’s view, to “lock Balkan audiences into their channels with its anti-Western narratives, which correspond with the country’s growing ties to the likes of China, Russia and Hungary”.

Russia and China are employing corruption as way of influencing state institutions in the region. As US president Joe Biden has stated repeatedly, authoritarian states use “strategic corruption” as a means of coercion, by undermining the social contract and public trust in institutions – and making bad governance in the region even worse. For ordinary Balkans citizens, corruption remains the third most important problem in their country, after unemployment and the economic situation. Fighting corruption and organised crime has become the raison d’être for opposition parties across the region, regardless of their ideology, as captured states encroach on media, justice, the economy, and public services such as healthcare. As a result, emigration from the Western Balkans only continues to grow.

It is evident that the EU enlargement process is stuck and will remain so for some time. Joining the European Union was once meant to resolve, among other things, the issues of poor governance that plague the Western Balkans, as well as to confirm the uneasy peace settled a quarter of a century ago. But significant numbers of EU member states are now visibly unwilling to even make reference to enlargement in official EU Council papers. Recent member state vetoes on accession talks demonstrate the EU’s unwillingness and inability to integrate the Western Balkans – and it seems that both citizens and politicians in the region have got the message. The 2021 Balkan Barometer showed that one-third of Serbians, Bosnians, and Macedonians do not expect accession to happen at all. In that vacuum, nationalist ideas and other powers easily sweep in. And surveys conducted by ECFR this summer confirm that people in Serbia have a strongly negative view of the EU. They largely see the EU’s political system as broken and its response to the pandemic as incompetent. And they hold their own country’s leadership in higher esteem, while viewing Russia and China as key allies, with 94 per cent and 91 per cent support, respectively.

In this context, what can the EU do differently? And what should it be trying to achieve?

In a highly contested geopolitical environment, technical processes alone will no longer suffice. The EU cannot simply augment the accession negotiations (by, for example, extending single market access) and hope that the dynamics will change. It will need to become much more political. To pull the region more tightly into a European orbit, it could use an existing regional cooperation format, such as the Berlin Process. Access to the single market could be part of its agenda. But so too should be a path towards Western Balkans states finally concluding political agreements to resolve longstanding points of contention – such as those that continue to stymie the Kosovo-Serbia relationship, or Bosnia’s relations with Serbia and Croatia. States that make such progress should receive access to European funds in exchange.

The EU should move to incorporate Western Balkans countries into its Green New Deal, opening up opportunities for them to modernise their infrastructure and make stronger progress on decarbonising their economies. Diversification of energy sources will also help them become less dependent on third parties such as Russia for their energy supply, and would diminish, if not eliminate, corruption from the energy sector.

The lack of sharp instruments for the EU to draw from its toolbox means Europe is being left out of key strategic conversations in the Balkans. The US readiness to brandish a stick in the form of the Magnitsky Act and sanctions rather than offer only a carrot seems to make the American stance much more compelling and their voice more forceful. The EU has a wide range of potential tools that it could use, and that it could strengthen with a few adjustments. For example, it should add kleptocracy to its European Magnitsky Act and extend the act’s provisions to the Western Balkans. Being able to issue personal corruption sanctions against individuals would increase the EU’s leverage and change the perception of hypocrisy that exists – that it is happy enough to work with autocrats when the situation suits it. The European Public Prosecution Office could ensure greater focus on cross-border investigations that involve Balkan authorities. It can also deploy the European Anti-Fraud Office in cases related to EU funds, which make up a substantial part of the GDP of the Western Balkans.

Borders will not lose their meaning in the Balkans any time soon. Therefore, the EU needs to give more attention to the region’s security and defence architecture, which is neglected currently. A truer geopolitical response by the EU will require expanding the European Defence Union. If Western Balkans states join the EDU they will be able to take part in PESCO projects, and EDU membership should focus minds on increased compliance with the Common Security and Defence Policy. Serbia, for instance, wants to modernise the production capacities of its large state-owned arms manufacturers. Instead of effectively forcing it to cooperate with countries such as Belarus, Russia, and the United Arab Emirates, the EU should invite Serbia to take part in its own projects. The EU’s battlegroups should also not only include Western Balkans participation on a regular basis, but should also go into operational service in the region, should the situation worsen.

If there is a positive to take out of the Western Balkans’ current interconnected crises, it is the renewed attention that European and US policymakers are giving to the region. But the EU urgently needs to change its approach – its choice of ‘constructive ambiguity’ is no longer working and creates only irritation across the region. Helping citizens loosen the grip of corrupt elites, and re-establishing good governance within institutions, would go a long way to more fully supporting reforms and boosting the EU’s leverage in a region key to enhancing its international credibility and ensuring its neighbourhood’s stability.

Zaev’s government carries on as a non-confidence initiative fails 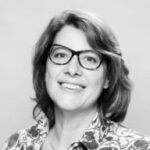 Vessela Tcherneva is the deputy director of the European Council on Foreign Relations and head of the Sofia office. Her topics of focus include EU foreign policy and the Western Balkans and Black Sea region.