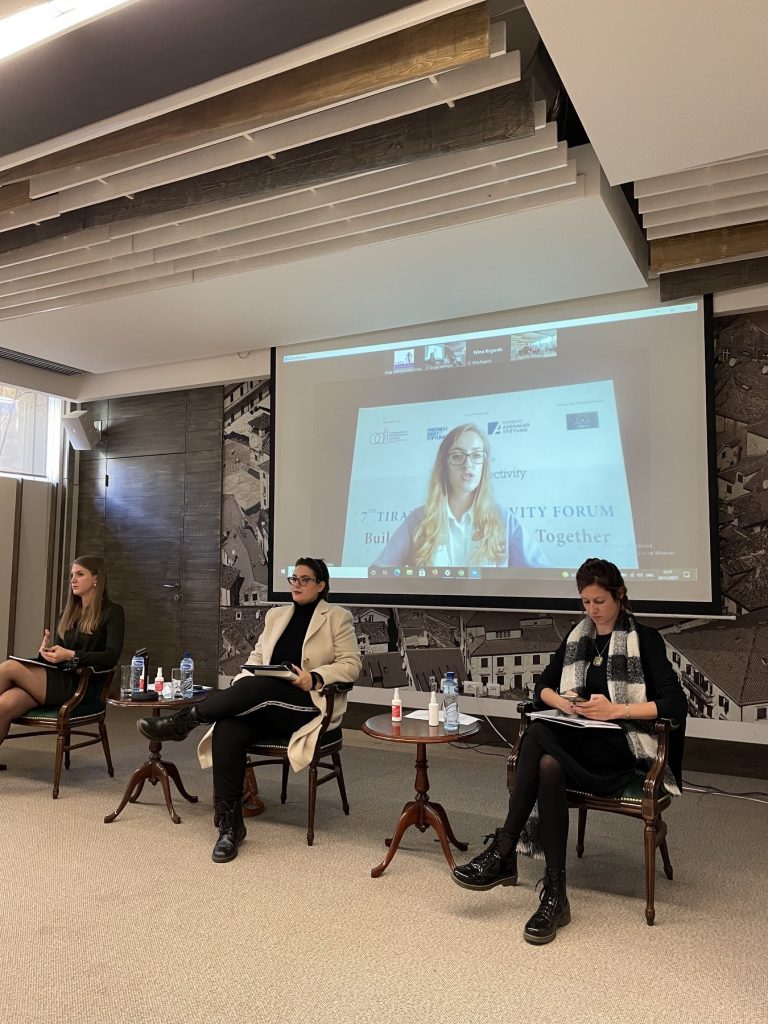 PETROVAC – Union of High School Students of Montenegro held a panel discussion on “Youth and Economic and Investment Plan for the Western Balkans”, within the “Connecting Youth Platform”, established in 2017, with the aim of promoting youth connecting in the region.

Anja Kečalović spoke at the panel discussion on behalf of the Directorate for Sports and Youth, Ana Popović on behalf of the EU Info Center, Nina Krgović represented the international labor organization. The panelists talked about the way this plan targets young people but also touched on many other topics that touch young people.

Ana Popović stated that the EIP is very important for young people and their employment.

“This plan implies a step further so that young people, in addition to receiving a quality offer for employment and continuous education, also get an internship in the period of four months after they became unemployed or left formal education,” said Popović.

According to Popović,  in addition to this plan, it is also very important that young people are informed in time about all the opportunities for young people that exist both in the country and at the level of the European Union, such as. Erasmus + student and youth exchange program, volunteering, and community contribution program “European Solidarity Force”.

She emphasized that the discussion with young people and representatives of decision-makers is important because, in addition to getting to know each other, exchanging experiences, and reducing the generation gap, it enables them to understand and overcome problems more easily.

Vladimir Perazić from the Union of High School Students of Montenegro stated for the European Western Balkans portal that the EIP is among the ten key investments in areas that are of key importance for economic development.

According to him, there is potential in this plan for the development of youth organizations in the region.

Speaking about the Connecting Youth platform, Perazic said that it was good that this platform was designed as a resource center for young people in the Western Balkans

“With Connecting Youth Platform, young people can find partners for different activities, design and implement different initiatives, and exchange ideas. That is why it is so important for us, as one of the six partner organizations (countries). It is great that it connects young people in the Western Balkans, for whom we estimate that this type of networking is very necessary at a given moment, ” Perazić said.

He assessed that young people in Montenegro see the advantages of European integration, but not to a sufficient extent.

“Although there are numerous attempts to introduce the subject of” European integration “in schools, it is still not sufficiently represented, nor is it presented to students in a way that interests them to choose the same within the elective classes. According to the 2019 Youth Study in Montenegro, conducted by the Friedrich Ebert Stiftung Foundation, as many as 23.2% of young people said they did not know whether Montenegro should join the EU, and 18.1%, in general, did not respond. However, 45.3% support Montenegro’s membership in the EU, which far exceeds those who are against (13.4%) “, Perazic pointed out.

He pointed out that the same research showed that almost a third of young people in Montenegro do not know what the impact of accession would be on the country’s economy.

“38.5% think that the impact would be positive, while 10.5% think that there will be no impact and 8.9% that the effect would be negative. From this, we can conclude that there is a part of conscious and educated young people, but that we still need to work on education and encourage conversation on this topic. “Almost half of the young people in Montenegro do not see the advantages of joining the EU due to insufficient information,” Perazić concluded.