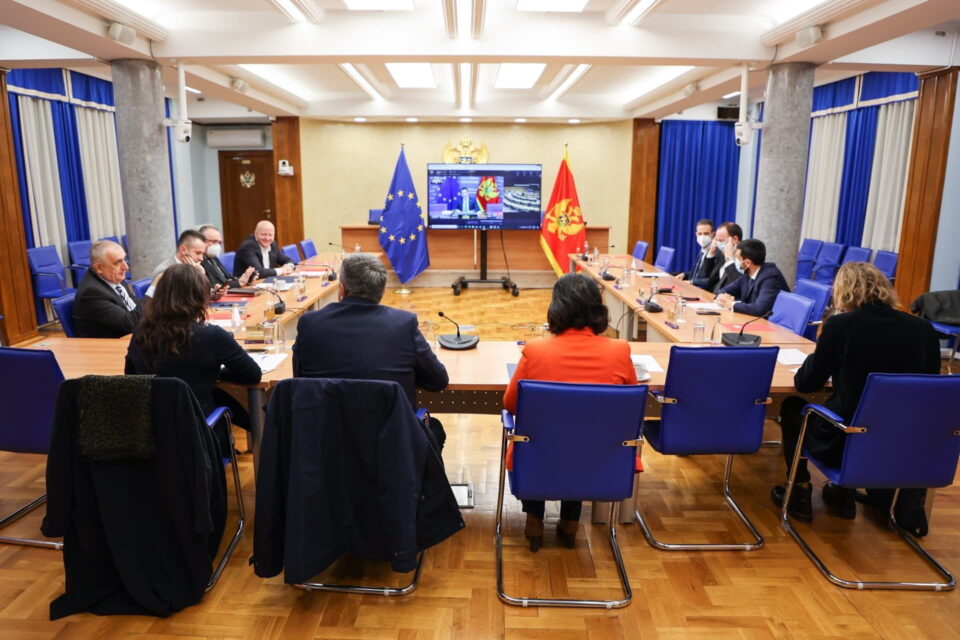 BRUSSELS – Speaker of the Assembly of Montenegro Aleksa Bečić and Member of the European Parliament Vladimír Bilčík released a joint statement following today’s 20th meeting of the EU-Montenegro Stabilisation and Association Parliamentary Committee, held remotely in Brussels. They urged all political forces in the country to rise above their divisions and differences to achieve consensus on key issues and continue to move forward on the EU integration path.

“We take it as a positive sign that the EU-Montenegro Stabilisation and Association Parliamentary Committee has adopted a declaration and recommendations and that members of both parliaments had the opportunity for a frank and constructive debate”, the statement reads.

They welcomed Montenegro’s continued commitment to and engagement in the EU integration process and its Euro-Atlantic orientation. The European Parliament continues to support Montenegro’s accession to the EU, in which meeting the interim benchmarks for Chapters 23 and 24 will remain pivotal in determining how fast the country will join the EU, the statement reads.

“In that respect a broad cross-party, constructive and inclusive dialogue is essential for Montenegro to continue key reforms with real deliverables, especially in terms of electoral legislation and prosecutorial appointments”, the statement reads.

Bečić and Bilčík welcomed the continuation of the work of the Committee on Electoral Legislation Reform and  expect the Committee to relaunch the long overdue electoral reform.

“We commend the efforts of the Speaker of the Parliament of Montenegro to strengthen the legislative and oversight function of the Parliament. We stress that a functioning parliament is key to Montenegro’s progress in the accession negotiations and encourage the Parliament to address the backlog of legislative initiatives awaiting parliamentary debate. We call on all political forces in the Skupština Crne Gore to engage in a constructive, meaningful and inclusive dialogue in the parliament, which is key to a successful parliamentary democracy”, the statement reads.

They stressed the need for a cooperative and constructive cohabitation between the President, Skupština and the Government of Montenegro in the interest of Montenegrin citizens and aimed at ensuring the functionality of Montenegrin institutions and with a view to accelerating the country’s progress on its EU path.