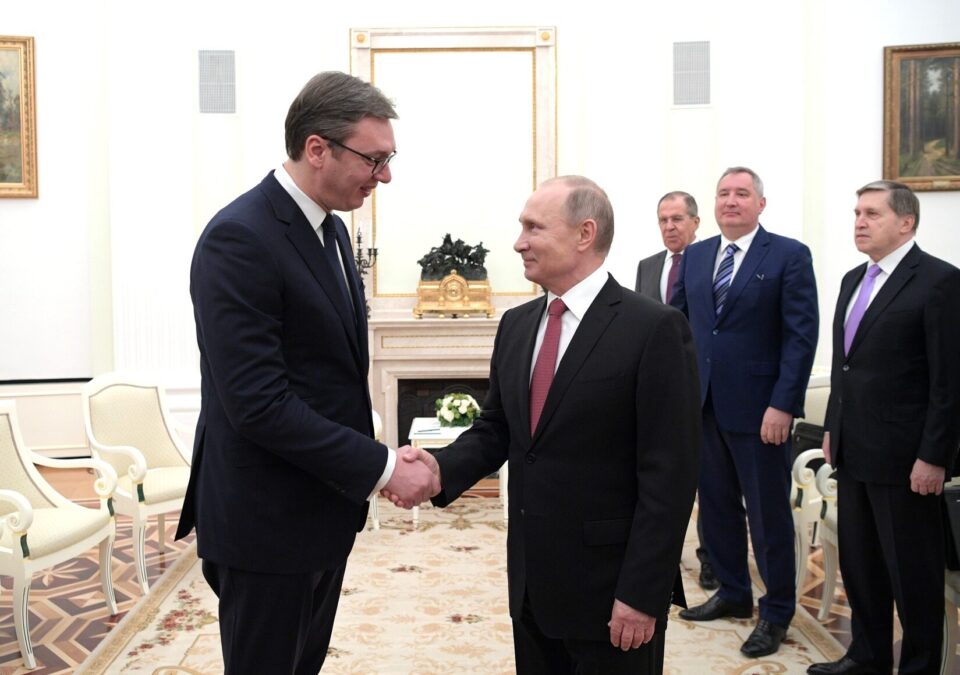 SOCHI – Last week, President of Serbia Aleksandar Vučić visited Russia on the invitation of his Russian counterpart Vladimir Putin. Besides Kosovo and the acquisition of new armament, the focal point of the meeting was the natural gas supply agreement for the upcoming winter.

In addition to the memorable image of a warm embrace between the two presidents, the majority of Serbian media had spread the news that Serbia had gotten the best deal in terms of gas supply price. A conclusion that could be drawn from the media headlines was that the Serbia is paying the lowest price in Europe for the Russian gas.

“The price of gas per 1.000 cubic meters is 1064 dollars today, and for the next six months we will pay 270 dollars”, said president Vučić on RTS. “I don’t know, besides one other country, who can obtain gas at such price today”? Vučić added.

Did Serbia actually get the best possible terms, and is its price the lowest?

As newspaper Danas found out, the price by which Serbia will be obtaining natural gas from Russia in the next period is far away from the lowest in Europe. The right to brag about the lowest natural gas price in Europe belongs to Belarus, which pays 128 dollars for this energy resource.

After Belarus, Armenia pays the lowest natural gas price according to TAS, they are setting 165 dollars aside for 1.000 cubic meters. Turkey and Germany are paying 210 and 230 dollars. Therefore, Serbia, although it has been given good terms for the purchase of the natural gas, still doesn’t pay the lowest price for it.

What is the reason behind the majority of media in Serbia portraying the deal between Vučić and Putin better than it is? Having in mind that parliamentary and presidential elections on 3 April are awaiting Aleksandar Vučić, it could be expected that public display of warm relations between him and President Putin, glorification of traditional “brotherly” relations between two nations, as well as success in foreign policy, go to his advantage.

The latest ISAC Fund analysis speaks in favor of this thesis, in which, alongside other things a fact is emphasized that 82% of citizens see Russia as “Slavic brothers” and 59% think that Russia is the most important strategic partner of Serbia.

Yet, there are also opinions that the natural gas price is a something of a pre-election period favor. Ex diplomat Srećko Đukić in a statement for the Voice of America points out that this is an “elections’ price”  and that there “is no discussion” about that.

“Putin has put all cards on the table for Vučić and he has given wind in his sails. At the moment, we could argue, things are going his (Vučić’s) way , having in mind what kind of regime he has in the country and how he rules – he has a significant advantage over any other competitor, regardless of whoever steps up”, Đukić thinks.

Juncker: North Macedonia is ready for the next step

Macron published a new Strategy for the Western Balkans