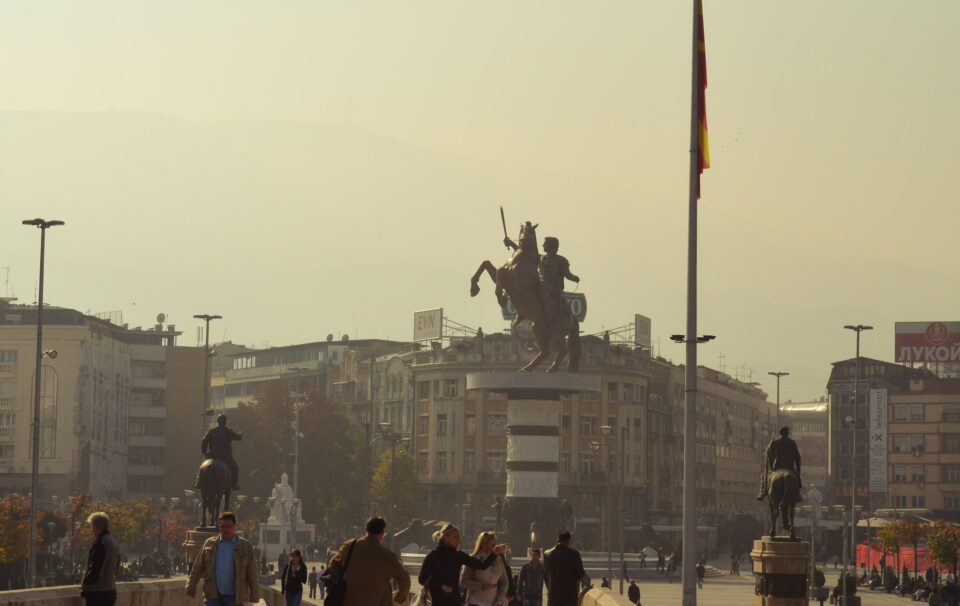 A recently published European Commission 2021 report on North Macedonia stated that this country has some level of preparation / is moderately prepared in the prevention of corruption. Overall, some progress has been made in this area since the country continued investigating and prosecuting corruption, strengthened its institutional framework, and adopted a new strategic framework.

Still, corruption is prevalent in many areas and remains an issue of concern. Thus, the country should continue to increase the track record of convictions in high-level corruption, provide strong institutional cooperation as well as the implementation of the legal and strategic framework. The report explained that in the coming year further efforts are needed for the progress to sustain and improve.

Julijana Karai, the Senior Researcher at European Policy Institute in Skopje, explains that European Commission 2021 Report on North Macedonia, shows the real situation in this country when it comes to the fight against corruption, but not completely.

“It reflects the real situation in the country by underlying that the corruption is prevalent in many areas and remains an issue of concern. However, it should address the issue of the need for cooperation between competent institutions in dealing with corruption, especially the Public Prosecution Office, in the phase of acting upon the findings, recommendations and initiatives of the SCPC,” Karai says.

In its 2021 report, European Commission noted that progress in investigating, prosecuting, and trying corruption cases, including the high-level ones, had continued, even though the hearings slowed down because of COVID-19. Furthermore, new high-level corruption cases were opened.

According to the report, there have been final convictions in seven cases against 17 defendants. First-instance verdicts have been issued in nine cases, and the Courts issued 39 imprisonment sentences, including against former government officials. Public Prosecutor for Prosecuting Organised Crime and Corruption continued to try the cases of the former Special Prosecutor’s Offices and opened investigations into 14 cases of alleged corruption, while the State Commission for the Prevention of Corruption (SCPC) remained proactive in corruption prevention.

However, there are concerns about the number of cases of conflict of interest and asset disclosure involving top executive functions processed by the SCPC.

The report calls on North Macedonia to continue to increase the track record of convictions in high-level corruption cases, followed by confiscation of criminal assets, building upon last years’ positive results.

According to Karai, for this recommendation to be fulfilled, few conditions must exist.

“The strong political will to make changes, greater coordination and cooperation between institutions, as well as their proactivity, greater financial support and proper resources to the respective institutions and internal procedures and self-regulation of those institutions,” she explains.

For the successful implementation of this recommendation, functional institutions should be established. The EC report analysed the situation in that field as well.

In 2020, the government appointed a Deputy Prime Minister responsible for anti-corruption, sustainable development, and human resources whose responsibility is coordination of the anti-corruption policies and the institutions involved in the fight against corruption. Furthermore, in January 2021, the Ministry of Interior developed its anti-corruption programme aimed at ensuring the integrity of employees, inter-institutional cooperation and fostering public trust.

The report noted that the institutional framework had been strengthened, especially the Prosecutor for Organised Crime and Corruption (OCCPO) and the State Commission for Prevention of Corruption (SCPC), which had been allocated new premises.

“This has solved the spatial problem of the Commission and enables the functioning of the software which has been obtained by the IPA Project, as well as the equipment for inter-connectivity with other 17 institutions from which information should be generated when detecting cases related to corruption and conflict of interest”, Karai explains.

According to the report, SCPC has been proactive in preventing corruption and opened several cases, including against high-level officials. Appointed in February 2019, the Commission for the Prevention of Corruption reinforced its capacity to verify statements of interest and assets and to initiate misdemeanour procedures.

Yet, for progress to sustain, cooperation between competent anti-corruption institutions must be established. As Karai noted, those competent institutions should continue to act on cases that have been opened, specifically those of public interest, at the same time having in mind that only inter-institutional cooperation could lead towards greater results.

“In addition, the SCPC needs to further strengthen its administrative capacity to be capable to address the challenges and to perform its competencies,” Karai adds.

The European Commission added that efforts to improve the functioning of SCPC should continue, especially by allocating extra funding for the recruitment of expert staff.

Finally, the European Commission report assessed positively the fact that in April 2021, the Parliament of North Macedonia adopted the 2021-2025 National Strategy for the Prevention of Corruption and Conflict of Interest and related Action Plan, thus consolidating the country’s commitment to prevent corruption and sanction corrupt behaviour.

“The Strategy has been prepared in an inclusive and comprehensive manner with all the respective stakeholders. It is accompanied by an Action Plan with numerous measures and activities, nevertheless, without a precise calculation of the financial resources needed for their implementation,” Karai explains.

European Commission noted that the “new anti-corruption strategic framework systematises measures in public procurement and employment in the public as well as other sectors.” Still, it added that North Macedonia should continue to combat corruption by implementing these main reference documents.

For successful implementation of the Strategy and its Additional Protocol, Karai says that the most important is political will.

“The strong political will to make changes is of the utmost priority, then greater coordination between institutions, as well as their proactivity and raising awareness having in mind that the attitudes of the public are tolerant to corruption“, she concludes.