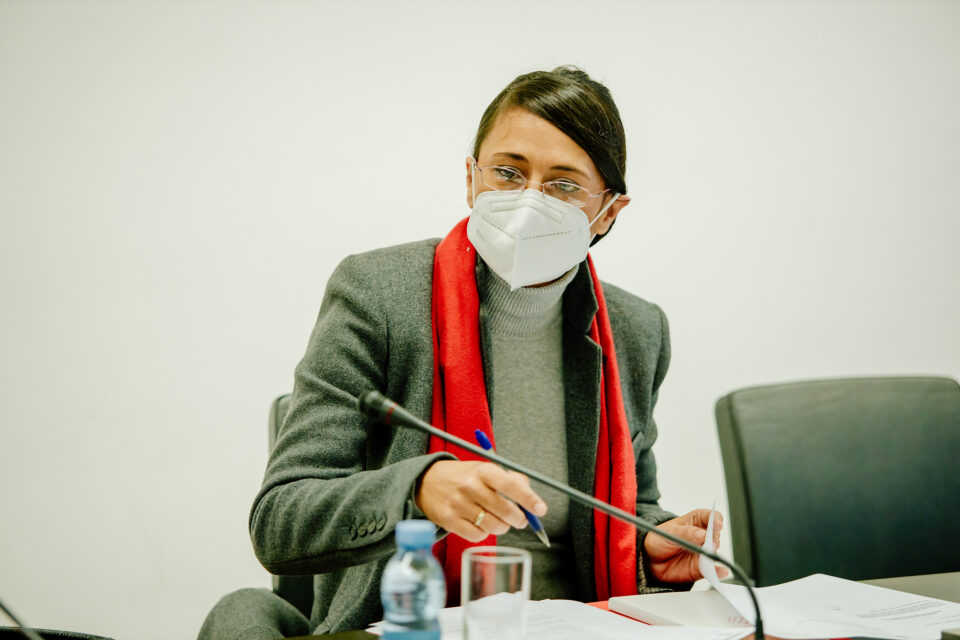 As European Commission stated in its 2021 report on Montenegro, this country has achieved some level of preparation in the fight against corruption. It was noted that a limited progress was achieved, with last year’s recommendations partially met through results on track records on repression and prevention of corruption and the Anti-Corruption Agency’s efforts to address its challenges.

The EC 2021 report is the first to evaluate a government other than the Democratic Party of Socialists of Montenegro after a long time. The new government, elected at the end of last year, set transparency and the fight against corruption as its priorities. Yet, as the European Commission estimates progress in this area has been little and corruption remains prevalent in many areas.

Thus, as the report stated, Montenegro should further strengthen the Anti-Corruption Agency, review the legal framework, improve its track records on repression and prevention of corruption and improve the transparency and the credibility of the judicial response to corruption. It pointed out there is a need for a strong political will to effectively address these issues and a robust criminal justice response to high-level corruption.

Vanja Ćalović, the Executive Director of Network for affirmation of NGO Sector (MANS) in Podgorica and Head of the expert team of the Anti-corruption Council, explained that when analysing the question of whether the European Commission country report reflects the real situation in the field of fight against corruption, it should be borne in mind that this report is primarily a political document.

“European Commission report is in the first place a political document that explains how certain problems that are evident should be articulated. Let me remind you that, for example, in one of the previous EC reports, it was explicitly stated that there was a connection between the former government and organized crime but then it disappeared from those reports. These are political assessments”, she says.

The report analysed the institutional framework in the prevention of corruption and pointed out Anti-Corruption Agency (ACA) made some improvements. Under the new management, ACA demonstrated a more proactive approach. It stepped up its communication and outreach activities towards the public, media and civil society and managed to address the remaining caseload from previous years.

It is stated that in 2020 this institution instituted 510 proceedings for violating provisions of the anti-corruption legal framework. Agency continued to supervise funding of political parties and electoral campaigns, verified reports on income and asset declarations, made decisions on conflict of interests. It also started to monitor the lifestyle of public officials.

As Ćalovic explained, ACA indeed took some new steps in the fight against corruption, yet these happened only after the change of the government and referred, almost exclusively, to the officials of the new government. She added that the European Commission is familiar with that.

“I am sure that the European Commission is very aware that the Agency was elected politically by the previous government and that its sincere will for the impartial fight against corruption is missing, no matter what the case is. The institution was and remains under the influence of the previous regime, specifically the DPS, only they are not in power now, and then it seems as if the ACA is starting to enforce the laws”, she says.

Ćalovic added that although it is crystal clear to everyone that what ACA is doing now is just continuity of what they used to do, “the European Commission in its report, in a way, wanted to send a message that efforts to fight corruption should be encouraged, no matter where they come from.

The challenges related to the Agency remain, and as the report states, its independence, priority-setting, selective approach, and quality of its decisions require further and sustained efforts.

In its 2021 report, European Commission recommended Montenegro review its anti-corruption legal framework to address the issues identified through its application.

The report noted the Law on the Financing of Political Entities and Election Campaigns maintains conflicting provisions and does not provide for effective safeguards and sanctions against circumvention, which limits the effectiveness of oversight. Besides, the report mentioned draft amendments to the Law on free access to information of public importance which should be finalised by end of 2021.

It was stated that the Government plans to proactively share public information and there is a more positive, albeit uneven, trend of declassifying and providing access to certain documents to which access was denied previously which also concerns information regarding areas sensitive to corruption.

As Ćalovic said, when it comes to the Law on Free Access to Information, there are huge expectations from the new government considering their priority – transparency. She stated that the draft of this new Law presented at the public debate a few weeks ago did not contain significant reform steps.

She explained appropriate changes in that law are very important especially in the context of a new legal solution announced by the Government – amendments to the legislation related to the confiscation of illegally acquired property in civil proceedings.

“If the implementation of this new law depends exclusively on the prosecution and the competent institutions, given their capacities, it is to be expected that the results will be extremely limited. That is one of the reasons we asked for changes on the Law on Free Access to Information of Public Importance so that tax data could be public and available to the citizens, media, and non-governmental sector, and to those that have discovered new cases of corruption and those that can help in the implementation of the Law relating to the determination of the origin of property and its confiscation in civil proceedings”, she says.

Ćalovic pointed out that the Law on Free Access to Information of Public Importance represents a key mechanism that enables civil society to supervise the government.

“No government, including this one, is happy with that, because someone will have an insight into what they are doing. Moreover, this is a test for the new government to show that it does not want to change the system only for itself but also for those who come after it,” Ćalović explains.

Appropriate amendments could help improve the transparency and credibility of the judicial response to corruption, which is also one of the recommendations of EC, as well as the improvement of track records on repression and prevention of corruption.

The report stated there is a need for a robust criminal justice response to high-level corruption.

According to Ćalovic, the question here is not the existence of political will, since it is now greater than ever, but whether that will is sufficient and indiscriminate remains to be seen.

She explained that the first condition that must be fulfilled to start a serious fight against corruption is a change in the Prosecution, because the Prosecution, and especially the Special State Prosecutor, enjoys the privileges of the previous government, and is not someone who deals with justice and truth.

“That is the first test for the new government, which they, unfortunately, failed because it turned out that, at least part of the new government, does not want sincere changes in the Prosecution that will lead to it being independent, but wants to put that body under its control. They do not want to free the Prosecution from political control but to take it over from the former government and put it under their control,” Ćalovic explains.

She added that is devastating because it means independent institutions will not exist.

“Thus, the process is blocked, and we will see if it will ever be unblocked and if the individual or public interest wins”, Ćalović concludes.