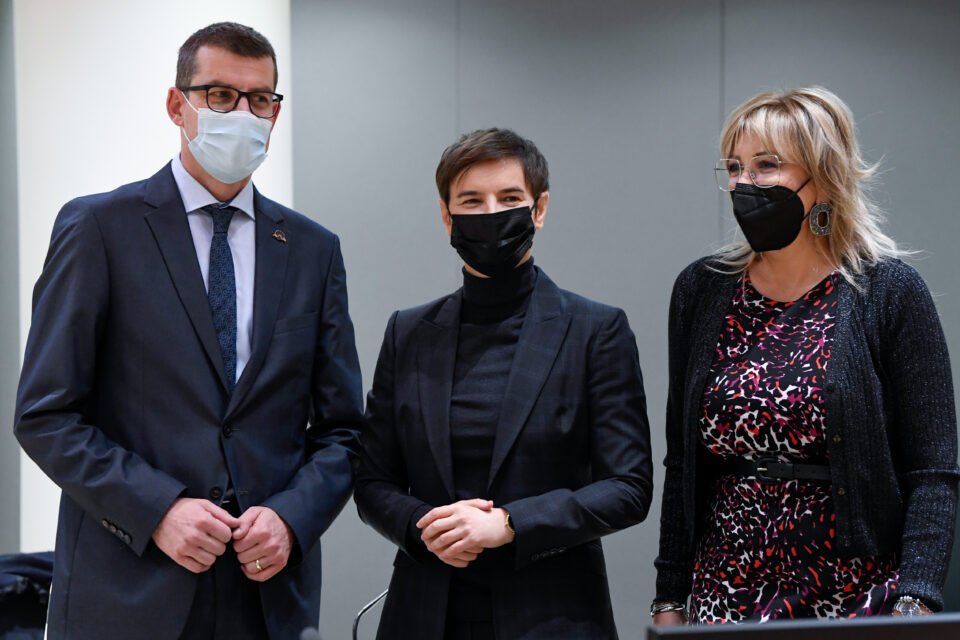 BRUSSELS – After the two-year pause, the European Union opened a cluster in accession negotiation with Serbia at the intergovernmental conference in Brussels. Prime Minister Ana Brnabić described the move as a strong motivation for Belgrade to continue with reforms.

Commenting on the opening of the cluster, Serbia’s Prime Minister Ana Brnabić said it was a great motivation for her country to continue with reforms in the rule of law, public administration and economy.

According to Brnabić, if Serbia could choose which cluster to open, it would be one related to the issues of the Green Agenda, because it is of special importance for the citizens of Serbia.

“We have the capacity in Serbia to seriously and systematically deal with this topic. We know that it is a long, fast and extremely expensive process”, said Brnabić, noting that Serbia has met the criteria for opening Cluster 4, which consists of four chapters.

Olivér Várhelyi, European Commissioner for Enlargement, said that this is a clear signal of the EU commitment to Serbia’s road to the EU.

“This is essential news for Serbia and the Western Balkans. The EU sent a strong message that it wants to accelerate its engagement with the green plan to benefit all people”, said Várhelyi.

Várhelyi added that the EU supported all reforms, which recognized Serbia’s commitment to the rule of law and decisions related to the constitutional and judicial reforms.

“Today, we open Cluster 4 on the Green Agenda and sustainable connectivity for Serbia. Congratulations Ana Brnabić on this important step on Serbia’s EU path. Now, important to advance on the work ahead including the rule of law and Belgrade-Pristina Dialogue”, wrote Borrell on Twitter.

Last time, in December 2019, Brussel opened chapter 4 – Freedom of Movement with Belgrade. Since 2012, when the negotiations started, out of 35 chapters, Serbia opened 18 and closed two chapters.