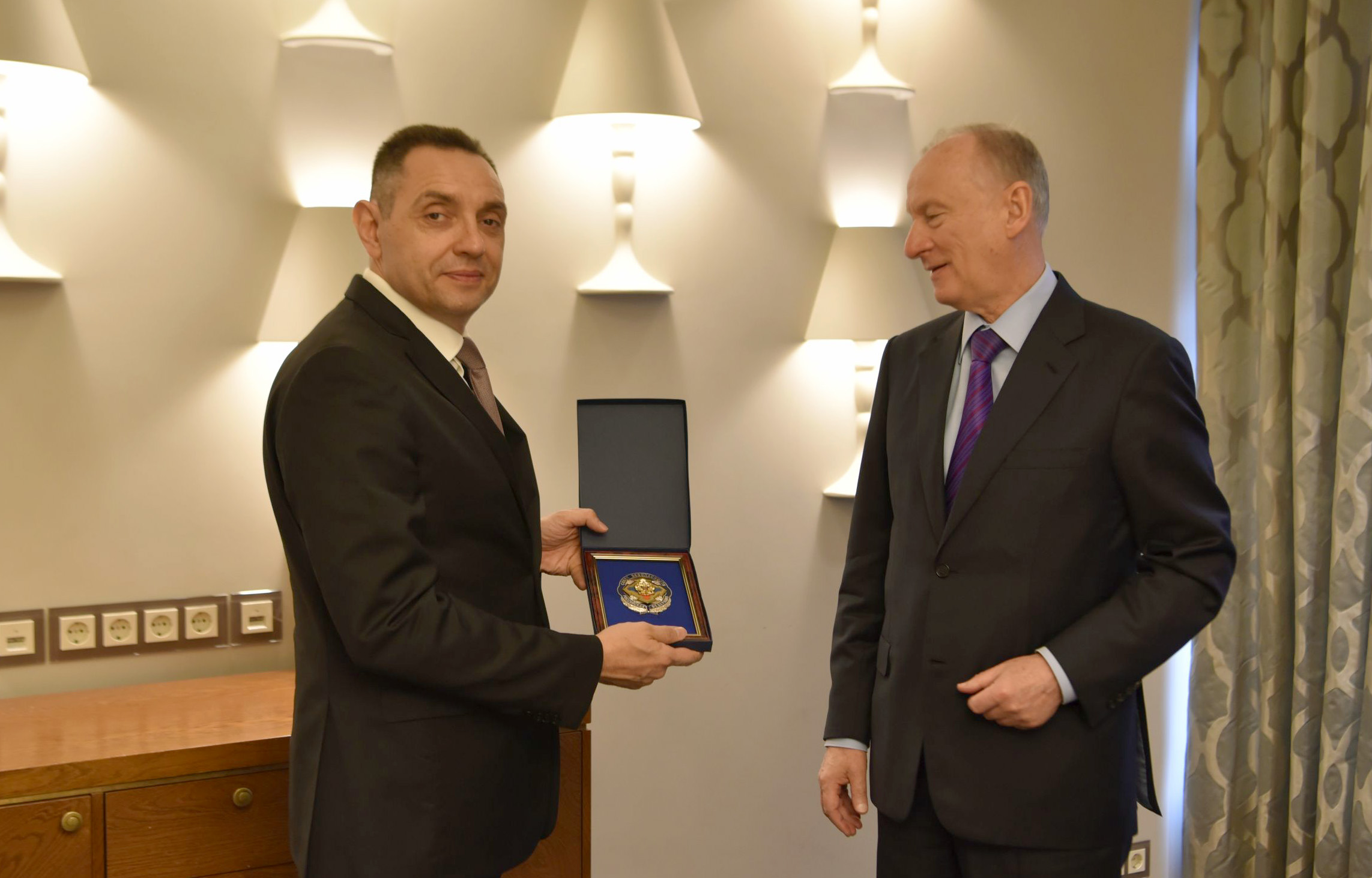 Serbian Minister of Interior Aleksandar Vulin paid a two-day visit to Russia at the beginning of December where he, alongside other things, had a meeting with Nikolai Patrushev, Secretary of the Security Council of Russia. Besides the usual emphasis on the high level of cooperation between the two countries and the traditional friendly relations, a statement on the mutual fight against „coloured revolutions“ has drawn the most attention.

“It was pointed out at the meeting that the ‘colour revolutions’ had become a traditional policy instrument of certain centres of power and countries, aimed at undermining statehood and losing sovereignty under the pretext of democratisation, and noted that free countries must resist it,” Ministry of Interior’s statement read.

The term „colour revolutions“ refers to the mass protests which have led to the fall of autocratic regimes in Yugoslavia, Ukraine, Georgia, and other countries.

Daniel Server, a Professor at the Johns Hopkins University, pointed out in a statement for the Voice of America how shift towards Russia moves Serbia away from „western values“.

“By doing so, Belgrade de facto becomes an autocratic ally of an autocracy”, Server said.

Commenting on the statements from the officials in Serbia who have portrayed the protests as being financed from the West, Server answers how only „illiberal states fear non-violent civic protests“.

“Succesful colour revolutions are autochthon even if some benefit from the international support”, Server pointed out.

Igor Novaković, Research Director of Belgrade’s ISAC Fund, says for EWB that Serbia is not in the position to deepen the relations with Russia because in that case, Serbia could become an object of US sanctions.

“I am not sure how Serbia’s international positions could withstand opening of a Russian office in the Defence Ministry, or stronger cooperation in terms of ‘colour revolutions challenges’. The same applies to the acqusition of serious armament that comes from Russian companies that are under US sanctions according to the CAATSA law. In other words, the US could decide to impose sanctions against institutions and individuals who are breaking CAATSA and in the case of the new Pantsir S1 missile system a question remains whether or not an understanding on the US side will exist”, says Novaković.

As for the purpose of this visit, Novaković adds that it benefits both sides, because, for Russian President Vladimir Putin, a showcase of successful foreign policy is important, while in Serbia, and especially before elections, a display of warm relations between the two countries bears significance.

“In any case, this visit has importance for the domestic landscape in Russian Federation in which Putin’s support slips and where he must showcase certain foreign policy successes with at least some European countries and for the domestic atmosphere in Serbia in a pre-election period where mass protests  are taking place”, Novaković believes.

Vuk Vuksanović, a Researcher at the Belgrade Centre for Security Policy, in regards to the question of whether a more serious reaction from the state enforcement apparatus could be expected, says that the current protests are non-violent and that they give no reason for action. Moreover, he warns, a sharper reaction from the police could cause greater resistance amongst citizens.

“Protests are peaceful at the moment, and they don’t trigger police reactions because their organizers didn’t give any motive or excuse for the regime to react. Besides, police action against these protests could prove dangerous for the government because they could become a trigger for greater resistance against the government and its measures. The duty of the police is to guarantee public security and that also involves protection of the peaceful protests against any attack“, Vuksanović points out.

When it comes to the actual reason behind Vulin’s visit to Moscow, Vuksanović sees a couple of elements in that equation. On one hand, it is a question of foreign policy maneuvering in Belgrade between the East and the West, while on the other side it is a matter of Vulin’s intent to strengthen his position in domestic politics.

“The meeting between Vulin and Patrushev in Moscow was certainly connected with the protests because one of the motives was to delegitimise them. In any case, in the past the government has, when confronted with protests, said to Moscow that it is facing a coloured revolution and to the western capitals that Russia is conducting a hybrid war against it. One should bear in mind that Vulin, who belongs to the pro-Russian branch of the ruling coalition, wants to strengthen his inner position through contact with Moscow. And there is also this government’s tendency to play Russian trump card to blackmail the West“, says Vuksanović.

Intergovernmental Conferences with Montenegro and Serbia this week in Brussels

Cramon-Taubadel urges LDK not to bring down Kosovo government