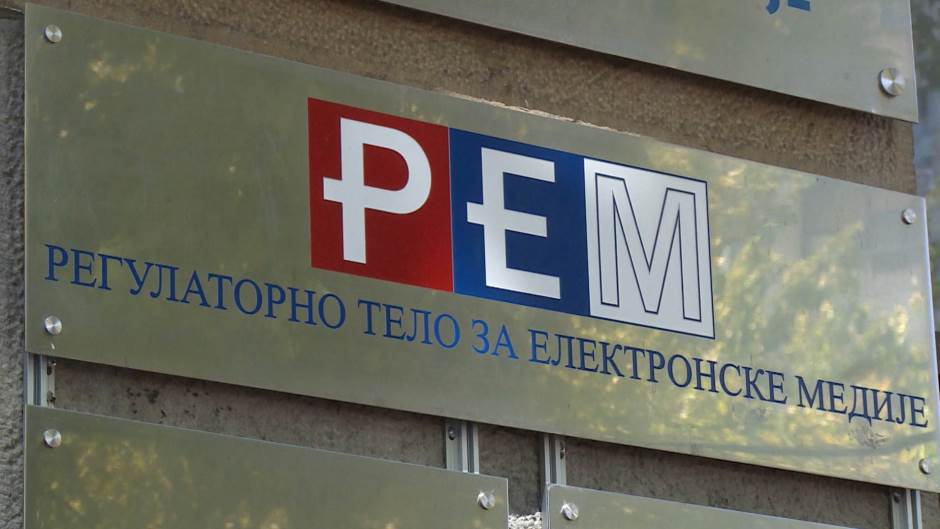 Last week, the satellite operator “Eutelsat” stopped broadcasting the Russian state channel Russia Today (RT DE) in Germany, after the Group of the Association of European Regulators for Audiovisual Media Services addressed this operator. Thus, at least for now, the months-long dispute over the broadcasting of this television in Germany has ended. Serbia also found “its place” in this story.

On December 16, the German authority for the provision of electronic services (MABB) noticed that the program of the Russian state media was aired through various distribution channels. For that, the help came from Serbia, more precisely from the Regulatory Body for Electronic Media (REM), which gave permission to broadcast RT DE from Serbia. After several months of unsuccessful attempts, this Russian media managed to avoid the bans of German authorities.

As Deutsche Welle reported in August, RT DE intended to broadcast the program from Luxembourg via satellite, but unlike the Serbian one, the Luxembourg regulatory body refused to issue a license, explaining that the technical conditions for broadcasting were not met.

In early December, REM made an urgent decision on the agenda to issue a license to broadcast Russian state television. According to weekly Vreme, the order for such a decision came directly from the President of the Council of this body, Olivera Zekić.

REM Council member Judita Popović, the only one who was against this decision told Cenzolovka that issuing such a license is a violation of the law. She explained that the broadcasting license is given to a natural or legal person under the jurisdiction of the Republic of Serbia, which is not the case with RT DE. As she emphasized, it is disputable that the program will not be broadcast in the Serbia language, which is one of the preconditions for obtaining a broadcasting license.

As a basis for broadcasting in Germany, RT referred to the European Convention on Transfrontier Television, which was signed by Serbia and Germany, among other European countries. The convention stipulates that a channel with a license in one of the signatory countries can be broadcast by satellite in other states that have ratified the convention, which Russia has not done.

Popović believes that the possible reason why RT asked for permission from Serbia is precise that Russia has not ratified this convention, so it is not possible to broadcast a program from Russia to EU countries, such as Germany. This is possible from Serbia because Serbia ratified the mentioned convention in 2010.

For Judita Popović, this decision of REM is scandalous because it enabled the broadcasting of a TV channel owned by a foreign state.

“In Serbia, such permit can not be obtained by a media founded by the Republic of Serbia, and we allow foreign state media to use Serbia as a transfer point”, Popović told Radio Free Europe.

The President of the REM Council, Olivera Zekić, stated that this body made the decision on the basis of Article 82 in connection with Article 45 of the Law on Electronic Media, issued a license at the request of RT DE to provide media services via an electronic communication network.

According to Zekić, the license is technically neutral, which would mean that by issuing it, the media service provider acquires the right to provide media service to an unlimited number of users via cable, satellite, and IPTV electronic communications network, except terrestrial.

“We acted in the same way when we gave licenses to N1 and Nova S televisions, respecting only the law and convention, without going into the political positions of that television, no into their editorial policy”, stressed Olivera Zekić.

She pointed out that REM is a regulator, not an ideological commission, and only determines whether someone is legally entitled to permission, not whether he is engaged in propaganda, whether he is politically correct and whether he supports, works for this, or that side.

A professor from the Faculty of Political Sciences Rade Veljanovski told RFE that Serbia has no right to issue a permit to someone to broadcast its program in a third country.

“If Russian television is not broadcast in Serbia then REM should not have issued any license. There is no doubt that this is a manipulative, detour way to appear where they want and have an interest and to circumvent certain regulations”, Veljanovski explained.

RT is the Russian version of the global media, like the BBC, CNN, Euronews, which is often seen in the West as a propaganda medium through which the Kremlin spreads disinformations. Officials in Germany have previously expressed concerns that Russia is trying to expand its influence in Germany through this channel. RT has highlighted polarizing issues over the years, such as the migrant crisis and restrictions imposed by the COVID-19 pandemic.

On the other hand, the Russian Ministry for Foreign Affairs accused the German government in March of violating media freedoms, i.e. forcing a bank in Germany to suspend accounts belonging to the RT DE channel in an attempt to stifle “freedom of expression and freedom of the press”. Germany denied involvement in closing RT’s orders and rejected Moscow’s claims.

According to weekly Vreme, Serbia “entered the tug of war” of the great powers, Germany and Russia, at a time of great tension on the Berlin-Moscow route. The latest tensions are present due to the price of gas, political assassinations, sanctions, and also Moscow’s long-term attempts to place its state media on the German market.

REM’s decision also came in the days when two Russian diplomats were expelled, after a court in Berlin sentenced Russia to prison for the murder of a Chechen with Georgian citizenship. Russia announced a response to the expulsion of diplomats but also said that the matter should not jeopardize relations with the new government of Social Democratic Chancellor Olaf Scholz.