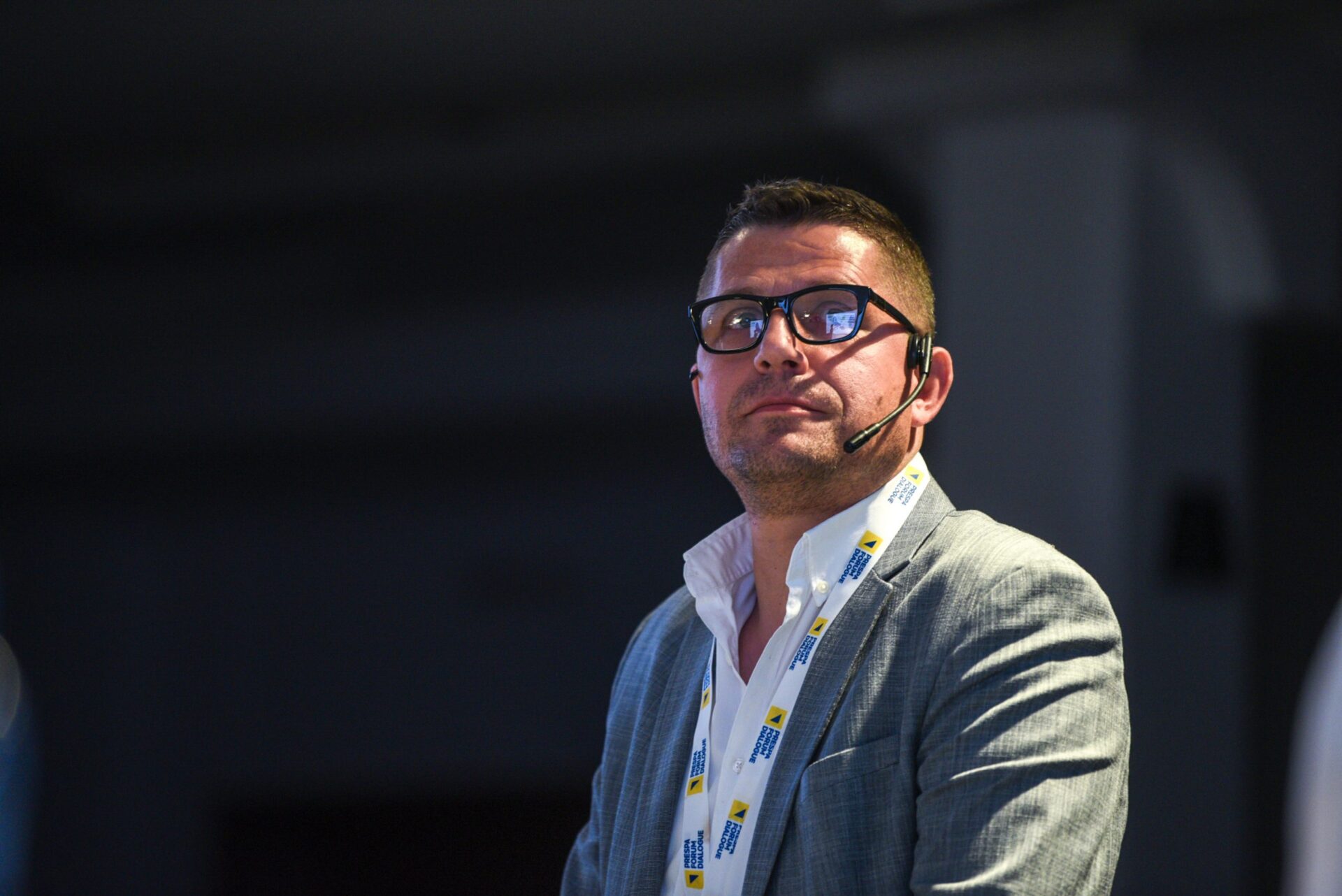 In the closing months of 2021, Prime Minister of Albania Edi Rama and President of Serbia Aleksandar Vučić intensified their activities around the Open Balkan initiative, which concluded with the meeting in Albania in December. The leaders present the initiative as a logical answer to the EU’s inability to move the accession process of the Western Balkans forward. Nevertheless, the scepticism is still there. Our interlocutor Gjergji Vurmo, Programme Director at the Institute for Democracy and Mediation from Tirana, says that the initiative “ignores the region’s most serious challenge of the past decade – the need to step up rule of law and democracy”.

In the meantime, France took over the Presidency of the Council of the European Union from Slovenia, whose leadership attempted to put the Western Balkans among the EU’s priorities. Vurmo, a member of the Balkans in Europe Policy Advisory Group, however, stands by his previous assessment that the EU and the Western Balkans are on the way to de facto abandoning the enlargement policy. What should, then, be done with the process and what should be expected of France? Vurmo shares his views for European Western Balkans.

European Western Balkans: How is the Open Balkan initiative being received in Albania? Has the topic become important in the daily politics of the country?

Gjergji Vurmo: It’s still a topic which is limited to the discourse of certain audiences such as businesses or civil society. However, the end of 2021 brought also (unsuccessful) attempts to incite nationalistic approach of the public towards Open Balkans. Namely, with the goal to impose himself as a player in the political scene (after many years in retreat), the former PM and former leader of opposition’s main party (DP) Sali Berisha organized a rally in Tirana against open Balkan and Vučić’s visit which was attended by few hundred supporters, as reporter by DW.

Although the ruling SP and PM Rama have invested significant efforts to raise the profile of this initiative, Open Balkan is far from an important topic of Albania’s daily politics.

EWB: Prime Minister Edi Rama and President Aleksandar Vučić seem to be especially supportive of the Open Balkan. Do you think that, in addition to wanting to deepen regional economic integration, they have some other political motives for supporting it?

GV: I’m very sceptic of the “regional economic integration” ambition of the Open Balkan Initiative due to many reasons. More than two years since first announced (as Mini Schengen, October 2019), Open Balkan is still a trilateral rather than regional ambition. Regardless of what’s stated publicly, the “Godfathers” of this initiative (Rama and Vučić) do not share the same political and other motives for establishing Open Balkans. This gives rise to scepticism among some countries in the region and also fuels nationalistic objections. Further, Open Balkan contradicts a much more inclusive and more advantageous initiative sponsored by EU such as the Common Regional Market.

Finally, my biggest objection towards Open Balkan is that it ignores the region’s most serious challenge of the past decade – the need to step up rule of law and democracy. This is where we should seek the main motive of Rama and Vučić in inventing Open Balkan and offering it to the public as their “genuine” plan to “save” the region from the failure of the EU’s enlargement. It’s a perfectly wrapped narrative for the public, hiding the real motives which are – to make sure that corrupt governance and state capture is not steered by democratic institutions, rule of law or democratic values…all of which were supposed to be at the heart of a transformative EU accession process.

EWB: In September, you wrote in an op-ed that the EU and the Western Balkans are on the way of de facto abandoning the enlargement policy, which would lead to a new level of unpredictability in the Western Balkans. Has anything changed in this regard in the past several months?

GV: Nope. We are moving in that direction.

EWB: EU is still unable to unblock the accession process of Albania and North Macedonia. How serious are the consequences of this situation for the perception of the EU in Albania?

GV: I wouldn’t worry much about that (especially given the fact that Albanians’ support to EU is still at unreasonably high level). The veto has already done its damage. We should look beyond that.

Bear in mind that removing the Bulgarian veto will not restore the credibility of EU or that of the accession process. On the contrary, it may be more harmful to move forward with a deeply non-transformative accession process which will eventually turn the Western Balkan citizens not only against their autocratic governments but also against a “nonchalant” EU.

EWB: What are your expectations from the French Council Presidency in terms of the policy towards the Western Balkans?

GV: Focus on rule of law and democracy. That’s my only expectation. Considering the EU’s inability to restore the transformative power of the accession process in the foreseeable future, it would be more beneficial for both sides (EU and Western Balkans) to focus on achievable objectives such as peace, democracy/rule of law, and economic prosperity of WB countries living in harmony with one another and with EU. The perspective of closer relations with more integrated economies and shared democratic values, seems currently more advantageous for EU and WB, than the perspective of an inefficient accession process that is causing more harm to democracy in the region, giving rise to a blame game in EU-WB relations and fueling more troubles with populist forces in several EU member states. Recalibrating the tools and processes to serve such a perspective of closer relations with more integrated economies and shared democratic values, would be perhaps the most realistic and most honest agenda for the EU’s policy towards the Western Balkans.

EWB: To what extent do you think will the splits in the opposition Democratic Party affect the political dynamics of Albania? Is Edi Rama now in an even stronger position politically?

GV: It will have significant effects not only in the political dynamics but especially in terms of quality of governance which in my opinion will continue to deteriorate with an opposition stuck in internal fights and divisions. The SP and PM Rama are undoubtedly in a much stronger position than they were prior to the general elections in April 2021.

Public Opinion Poll in the Western Balkans on Foreign Actors

EWB Archives03. 06. 2016.
03. 06. 2016.
Andrey Petrushinin, Corporate Affairs Director of CEAC On the tenth anniversary of the restoration of Montenegro’s independence...