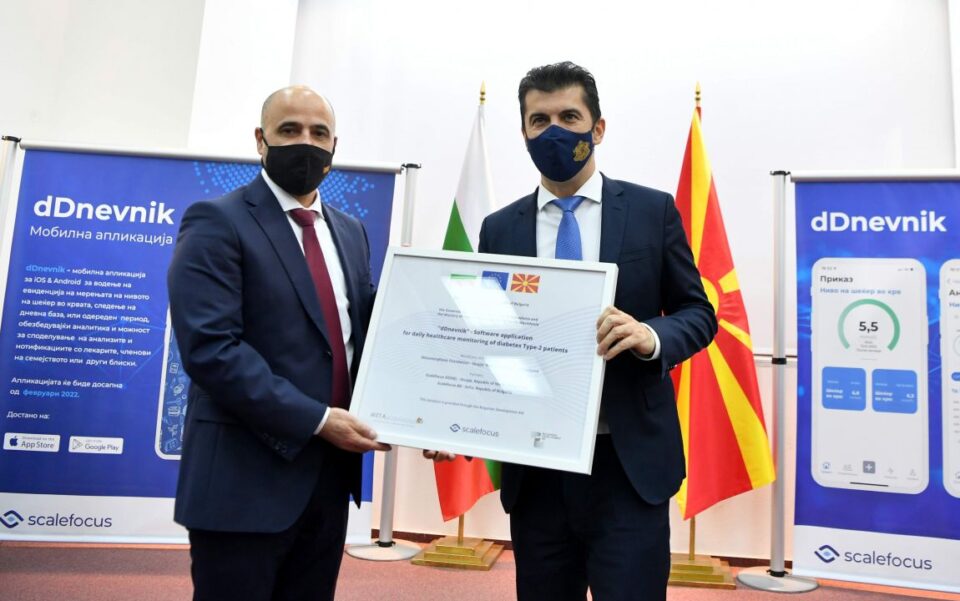 SKOPJE – Then new prime ministers of North Macedonia and Bulgaria, Dimitar Kovačevski and Kiril Petkov,  agreed on Tuesday to redouble efforts to improve relations between their countries, which soured after Bulgaria blocked accession talks of North Macedonia to the EU.

Kovačevski and Petkov said during a joint press conference in Skopje that their common goal is to create a better future for both countries.

They said that Bulgaria will no longer make an issue of the use of the name North Macedonia in international organizations, dropping its previous claims that the name implicates territorial claims against Bulgaria.

In return, Skopje has already sent a verbal note to the United Nations, saying that the short version of the full name Republic of North Macedonia in no way of form implies Skopje has territorial claims on Bulgarian territory.

“We agreed that Bulgaria accepts the use of the short name, North Macedonia, along with the long name, Republic of North Macedonia. Bulgaria has already notified the UN about this”, said Kovačevski, Balkans Insight reported.

“I think that what we achieved at our first meeting should signal that we are ready and willing to completely change the meaning of good neighbourly relations”, said Bulgarian PM Petkovski.

On the core issue that mars bilateral relations, the issue of different readings of the two countries’ history and identity, Skopje and Sofia have agreed to work on them, but first to focus more on other areas where there is potential cooperation

According to Balkan Insight, both countries agreed to form working groups in five areas – the economy, infrastructure, EU integration, culture and historical questions, which will convene on a weekly basis so communication between the two countries can intensify in practical terms, the two premiers said. Both have also agreed to hold a joint inter-governmental session next week and to establish a direct air connection between the two capitals as soon as possible.

Abazović: We are proposing a minority government without DPS and DF