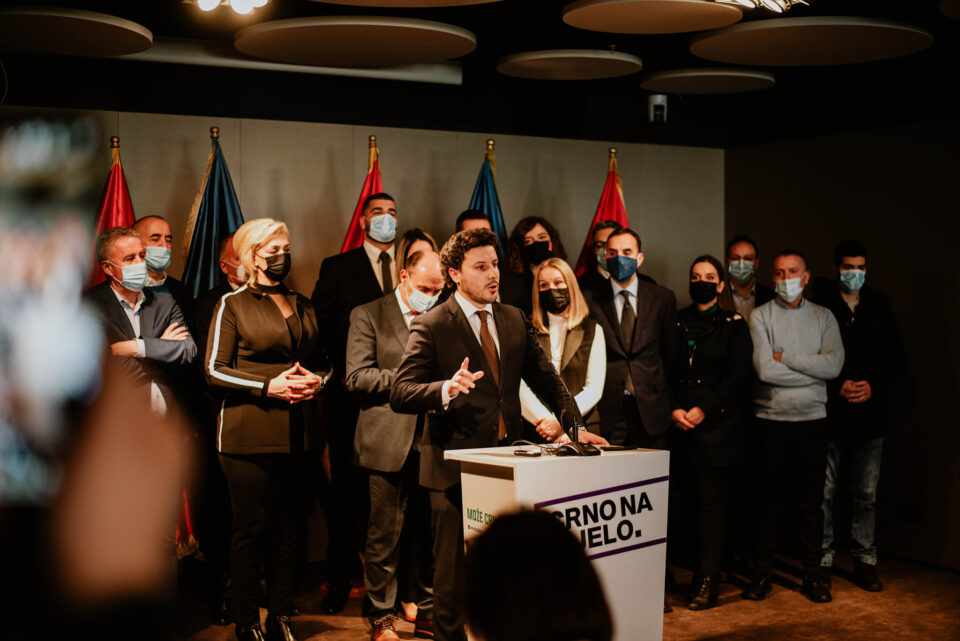 BRUSSELS – Members of European Parliament Tonino Picula and Vladimír Bilčík, as well as EU Special Representative Miroslav Lajčák, reacted for European Western Balkans to the newest proposal by “Crno na bjelo” coalition for a minority government of Montenegro. While it is up to politicians to decide on the composition of the government, any proposal that would unblock the current stalemate on EU reforms is welcome, our interlocutors stressed.

On Monday, Deputy Prime Minister and leader of the URA movement, Dritan Abazović, proposed forming a minority government that would include all parties except the largest ruling coalition, the Democratic Front, DF, as well as the main opposition Democratic Party of Socialists, DPS.

The current government, composed of ideologically distant Democratic Front, the Democrats, and URA, has been facing difficulties and internal disagreements for the most part of its tenure, which began in December 2020. In its October 2021 report, European Commission assessed that “heated relations and mistrust fed frequent escalations and further exacerbated political divisions, including within the ruling majority”, and that the “friction between the executive and legislative powers has slowed down reform work”.

Picula: Any proposal to unblock the current crisis is welcome

“I believe that the latest proposal is an expected reaction to such a long-term unsustainable situation. Montenegro has been in a political vacuum for a long time, in which the country’s progress and the realization of European ambitions are not realistic. Podgorica has indeed gone the furthest on the European integration path, but it is wasting too much time due to the impossibility of making important decisions”, Picula said.

He reminded that, at the same time, almost 80% of citizens support Montenegro’s accession to the EU.

“In general, any proposal to unblock the current crisis for the benefit of citizens and the benefit of a faster European path is welcome. If this situation of political blockade continues, the option of new elections should not be ruled out”, Picula said.

He concluded with the assessment that, while the final outcome of this proposal cannot be determined, any proposal based on European values ​​and legislative standards will receive clear support from him personally and from a convincing majority in the European Parliament.

Bilčík: Political leaders should keep in mind citizens’ support for the EU

Chair of the European Parliament Delegation to EU-Montenegro Stabilisation and Association Parliamentary Committee Vladimír Bilčík stated for our portal that Montenegro needs a stable and predictable government with a clear and reliable majority in the Parliament to support all crucial pro-European reforms.

“I, therefore, welcome any development, which could support such a constitution of a parliamentary majority in Podgorica that can move Montenegro forward on its EU integration path”, Bilčík said.

He added that he will continue to follow the ongoing political situation closely.

“Any decisions are exclusively in the hands of Montenegrin politicians. It is up to those sitting in the Skupština today to decide the best way forward from the current governmental stalemate. And I can only encourage political leaders in the country to keep in mind that a decisive majority of citizens support Montenegro’s membership in the European Union”, Bilčík concluded.

Lajčák: Government should have a clear pro-EU program

“As I already stated in the past, I have no doubt that Montenegro has the capacity to address its own political challenges in a democratic way. It is not for the European Union to comment on who should be in the government, but of course we wish for Montenegro, as the frontrunner in the EU accession process, to have a government with a clear pro-EU program and a strong mandate to take forward EU-related reforms in the interest of its citizens”, said Lajčák.

He added that the European Union was closely following the situation in Montenegro.

Ruling and opposition parties in Montenegro react to the proposal

Prime Minister Zdravko Krivokapić, in a press conference held on Tuesday, said he was “greatly surprised” with the proposal.

He said that there are two natural solutions – that the current government seeks to improve its work by expanding the number of ministries while respecting the internal and international context, and the most honest one – early parliamentary elections, together with local elections in May, Vijesti report.

A day earlier, the Democratic Front coalition stated that it was “not ready for a new experiment” and that DPS should not be provided a possibility to influence the political developments in Montenegro.

Ruling Democratic Montenegro MP Momo Koprivica said on the same day that his party would not support the minority government which, in his view, would help those who were defeated in August 2020 parliamentary elections.

Meanwhile, the presidency of the Democratic Party of Socialists (DPS) has announced that it will support any initiative that will lead to the removal of the current Montenegrin government.

“The DPS welcomes the readiness of part of the parliamentary majority to propose solutions with representatives of a number of minority parties that would lead to unblocking institutions and speeding up the negotiation process with the European Union,” the DPS said, Radio Free Europe reports.