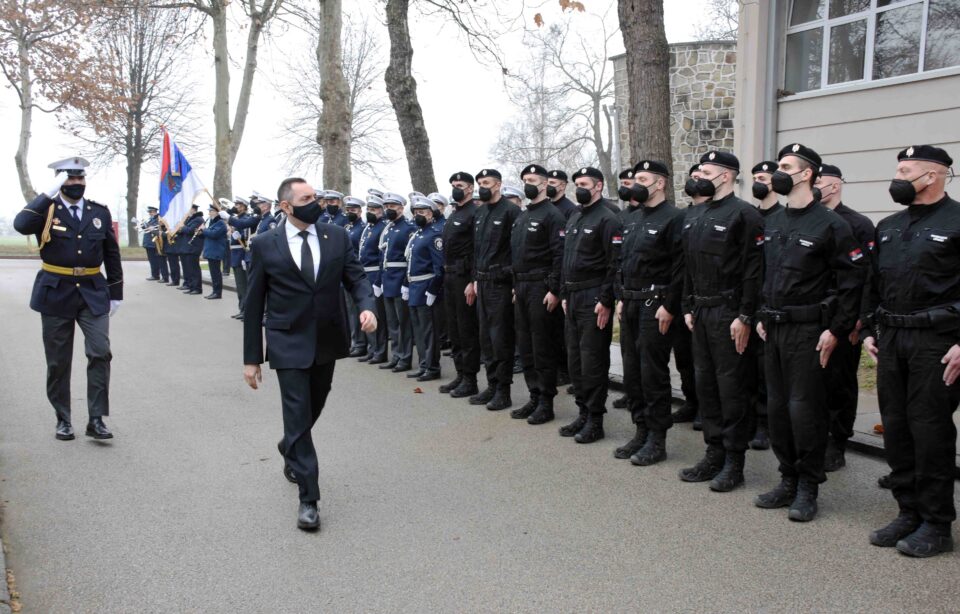 BELGRADE – Russian opposition politician Vladimir Kara-Murza said that members of the Russian opposition were wiretapped during the meeting in Belgrade and that Serbia’s Interior Minister Aleksandar Vulin handed over the transcripts of the talks to Moscow, Nova daily reported.

“In May last year, Vulin was in Moscow to hand over transcripts of our talks from the meeting in Belgrade. Then in 2021 he met with Secretary of the Russian Security Council Nikolai Petrushev, and they formed the so-called Working Group for the Fight Coloured Revolutions”, Kara-Muza explained.

Vulin denied the claim, saying that “every fool can have his own opinion, just every spy can present himself as a humanitarian worker or activists of any kind”, N1 reported.

The newspaper describes Kara-Murza as a Russian politician, writer and historian who was instrumental in adopting the Magnitsky Act in the United States, Canada, the EU and the UK – a law mandating sanctions against Russian citizens who violate human rights.

Kara-Murza further told the daily that members of the Russian opposition had attempted to hold a gathering in Moscow but that “a few dozen police units armed to the teeth burst into the room” and arrested them.

“I don’t know which category Russian opposition politician Vladimir Kara-Murza falls into, but I know that he is a liar who will have to prove his lies before both Serbia’s and Russia’s courts, wherever I can bring him to justice. Lying that the Interior Minister gives any information to anyone is a dangerous and calculated manner to present Serbia as a non-sovereign country ruled by others,“ Vulin said, according to a statement of his ministry.

In December, Serbian Minister met with Nikolai Petrushev in Moscow, where Serbia and Russia pledged to combat popular revolts known as “color revolutions” that the countries’s top officials described as instruments of the West to destabilze “free states”.

The group has a task to prevent mass demonstrations and survey opposition Serbian activists, nongovernmental organizations and independent journalists, the pro-opposition Direktno portal said. Direktno’s report could not be independently verified.

Vulin said in the statement that as long as Vucic is president, the Serbian government “will always be focused on cooperation with the Russian Federation.”

Although formally seeking EU membership, Serbia has refused to align its foreign policies with the 27-nation bloc and has instead strengthened its political, economic and military ties with Russia and China.

The meeting between Petrushev, Moscow’s top security official, and Vulin, a staunchly pro-Russia politician, came amid growing public discontent in Serbia with the autocratic rule of President Aleksandar Vučić. Ecological groups unhappy with the way Vucic’s populist government is combating widespread pollution in the Balkan state have been at the forefront of recent protests in Serbia. Vučić and other Serbian officials have denounced such protests and alleged they were financed by the West to destabilize the country.