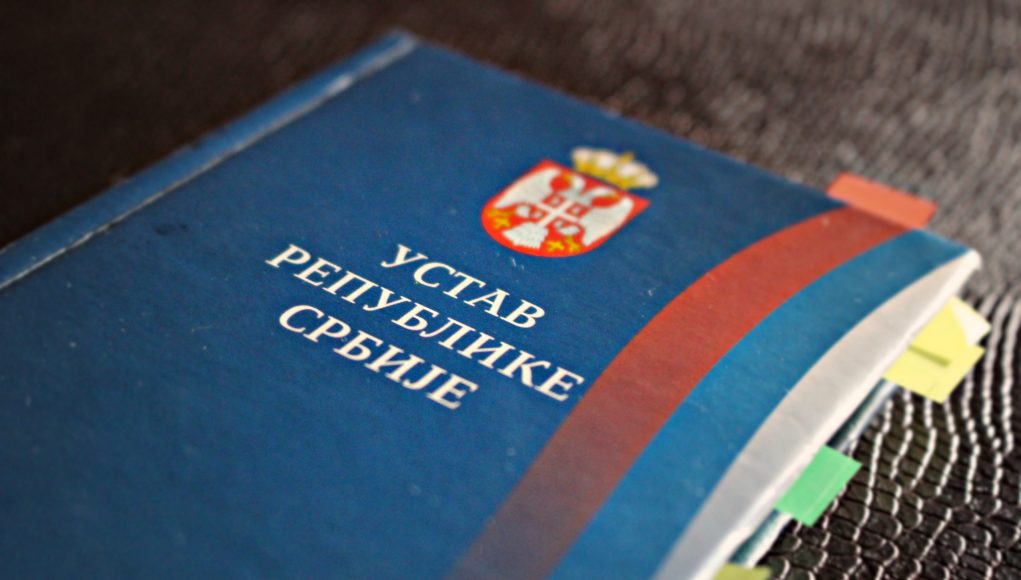 On 16 January citizens of Serbia voted “yes” in the referendum on changing the Constitution in relation to the judiciary. Confirmation of the proposed changes means that in the coming period judges and prosecutors will be elected by expert bodies, not by National Assembly as before. According to authorities in Serbia, that will lead to the independence of the judiciary from political influence.

Although the debate intensified in the last days before the referendum, on the eve of the elections announced for 3 April, the referendum was “under the radar” of the ruling majority but also of the part of the opposition parties. There was almost no campaign and most of the media coverage was short and formalistic. Constitutional changes divided the experts and politicians, not the citizens, who themselves claimed to be poorly informed about what was voted in the referendum.

During the lukewarm campaign, government representatives occasionally warned that the failure of the referendum would mean stopping Serbia’s European path. Five civil society organizations focusing on European integration, on the other hand, assessed that this attitude is a deception of the already insufficiently informed public regarding the changes of the Constitution.

“This creates the impression that Serbia’s commitment to membership in the EU necessarily requires an affirmative vote in the referendum, and that changing the Constitution is the only measure on which Serbia’s continued European integration depends. Since these types of messages are incorrect, we believe that it is very dangerous to deceive the public, which is not sufficiently informed about the changes of the Constitution that are being put to a referendum”, CSOs said.

Srđan Majstorović, Chairman of the Governing Board at the European Policy Centre (CEP) and member of the Balkans in Europe Policy Advisory Group (BiEPAG) says for European Western Balkans that changes to the state’s highest legal act should reflect the broadest compromise of all relevant political actors, professional associations, academia, and civil society, which was not the case in this process.

“The lack of a broader social consensus on such important issue indicates how far we are from meeting the goal. This situation is caused by the lack of political will to present the necessity of change and the importance of the independence of the judiciary to the citizens in an understandable way and within a reasonable time”, underlines Majstorović.

He assesses that the proponents of the changes, after several years of delay, wanted to adopt amendments to the Constitution before the end of the shortened mandate of the National Assembly, whose legitimacy is questionable, because there is no opposition in this mandate.

“It is a shadow that will follow these changes and remind of the divisions that have become a trademark of this regime and its method of governing”, said Majstorović, adding that the adoption of the constitutional amendment was a formal step in the right direction, which does not mean the independence of the judiciary will be ensured overnight.

According to him, the change of the Constitution represents the formal fulfillment of one of the fifty interim benchmarks from the Action Plan for Chapter 23, which deals with issues of justice, the fight against corruption, and fundamental rights.

Majstorović believes that it is unrealistic to expect that this step will accelerate the process of Serbia’s accession to the EU, without questioning the importance of this formal step in the accession process.

“Whether the changes of the Constitution will prove to be an important step, especially for the citizens of Serbia, and for European integration, will depend on the way the will of political actors will be articulated after the April elections and their ability to secure a broad social consensus on the judicial set of the laws, which will implement the mentioned changes in practice”, says Majstorović.

He emphasizes that Serbia is still at the beginning of a long path of judicial reform and establishing a different political environment that will unequivocally support and continuously fight for the independence of the judiciary.

“There is an obvious need of the Serbia authorities to overemphasize this step and in that way create the impression that “our part of the job has been done”. Such attitudes look like creating an alibi for re-imposing sole responsibility on the EU due to a possible stalemate in negotiations in 2022. The stalemate will be due to the holding of elections both in Serbia and in France, which is currently chairing the EU”, Majstorović says for EWB.

He recalls that, as before, the EU will continue to be primarily interested in the results in the field of functioning of democratic institutions, rule of law, the fight against corruption and organized crime, freedom of media and basic human rights, as well as the continuation of dialogue with Pristina.

“The most important topic for Serbia in 2022 will be the conditions in which the elections will be held in April. The implementation of measures resulting from the Inter-Party Dialogue with the mediation of representatives from the Europan Parliament, as well as the late implementation of ODIHR recommendations, will certainly be one of the criteria that will affect the assessment of Serbia authorities’ readiness to ensure free and fair elections. The dynamics of negotiations with the EU will be influenced by the events in the post-election period, ie. the period necessary for the formation of the new Government, the appointment of line ministers and members of the negotiating structure”, assesses BiEPAG members.

Majstorović does not rule out the possibility that Serbia will be required to cooperate in order to resolve structural issues in Bosnia in Hercegovina, given the EU and US interests in the situation in BiH.

Zaev: EU cannot expect the resolution of Kosovo issue if it does not reward Skopje