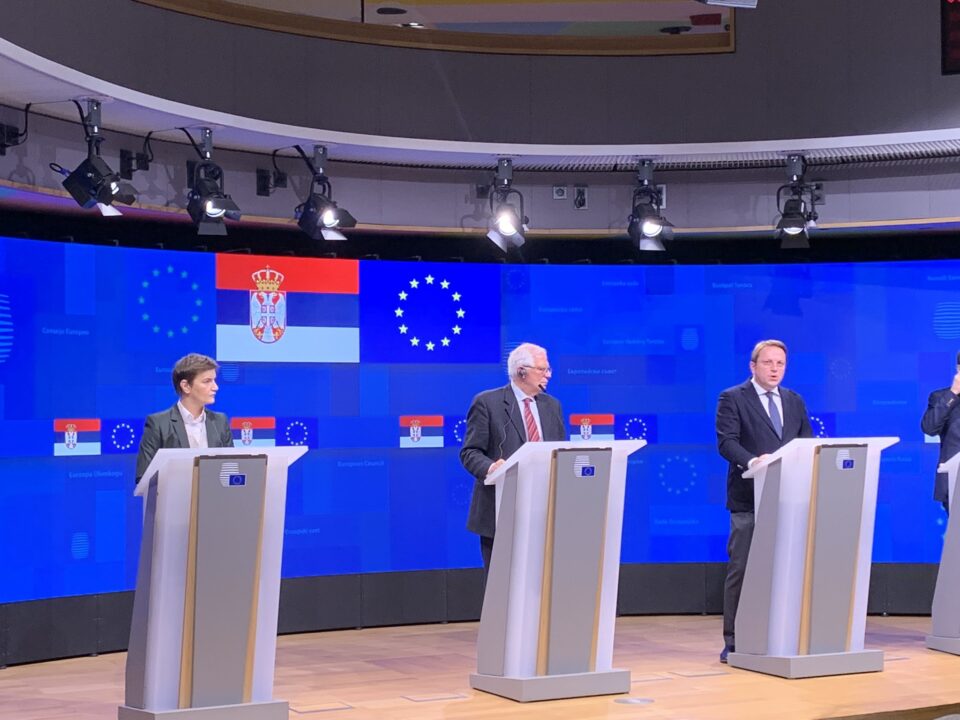 According to the press release, participants welcomed the opening of negotiations under cluster 4 on the green agenda and sustainable connectivity with Serbia in December. They also welcomed Serbia’s ambition to open new accession clusters, on the basis of continuing progress in the implementation of the reforms.

“Noting recent progress on the rule of law, participants agreed on the need for Serbia to continue and deepen reforms in this area, in particular in the key areas of judiciary, fight against corruption and organised crime, media freedom and domestic handling of war crimes. They also agreed on the importance of proper functioning of democratic institutions and of strengthening the overall confidence in electoral processes as essential for democracy and rule of law”, the press release reads.

Participants noted the preliminary results of the referendum on the constitutional amendments and welcomed the completion of this important step in the constitutional reform with a view to strengthening the independence of the judiciary. They looked forward to the revision of a number of implementing laws, which is an integral part of the reform, being prepared in line with the provisions of the Constitutional Law and in line with the Venice Commission opinions and European standards.

Participants agreed on the need for Serbia to engage constructively in the EU-facilitated Belgrade-Pristina Dialogue in good faith and in the spirit of compromise to achieve a comprehensive legally binding agreement in accordance with international law and EU acquis.

Participants acknowledged that Serbia’s alignment rate with relevant High Representative declarations on behalf of the EU and Council decisions has increased in 2021. They agreed on the need for Serbia to further step up its efforts in progressively aligning with the EU Common Foreign and Security Policy and to continue to improve its current record in a sustainable and tangible way.

They also supported the Common Regional Market that was launched by the leaders of the Western Balkans at the Sofia Summit in November 2020 and recalled that fully inclusive regional cooperation, as identified in the Common Regional Market action plan, will remain crucial for taking full advantage of the potential of the region and of the Economic and Investment Plan for the Western Balkans.

Speaking about the Dialogue between Belgrade and Pristina at the press conference, High Representative Borrell stressed the need to ensure rapid progress in the normalization process, in the implementation of previously reached agreements and progress towards a comprehensive, legally binding agreement.

“We expect Kosovo and Serbia to make progress when it comes to the commitments they have made and have yet to fulfill,” Borrell said, urging both sides to create an appropriate atmosphere for dialogue and refrain from unilateral moves and statements. He announced that the EU envoy for dialogue Miroslav Lajčák and US Deputy Assistant Secretary of State Gabriel Escobar would travel to Pristina next week to “work on continuing negotiations, given Pristina’s greater restraint in continuing the dialogue.”

Commenting on the rule of law agenda, PM Brabić said that Serbia must not lose that momentum.

“We will not even take a break, regardless of the elections – we have already talked to associations such as the Association of Judges of Serbia and the Association of Prosecutors, and we have formed a ‘coalition for the rule of law’ to change a set of judicial laws”, said Brnabić.

She pointed out that this year the Government plans to work together with EU member states and the European Commission to open another negotiating cluster in June – Cluster 3.

“We want to prepare another cluster for opening by the end of the year, and we will see how it goes. elections and who will have the responsibility to continue leading the process of European integration of Serbia”, Brnabić said.

When it comes to the elections in Serbia, Commissioner Várhelyi emphasized that it is important that the elections be free and fair, and that everyone take part in them, so that, when they end, Serbia can fulfill its obligations in the field of European integration faster.