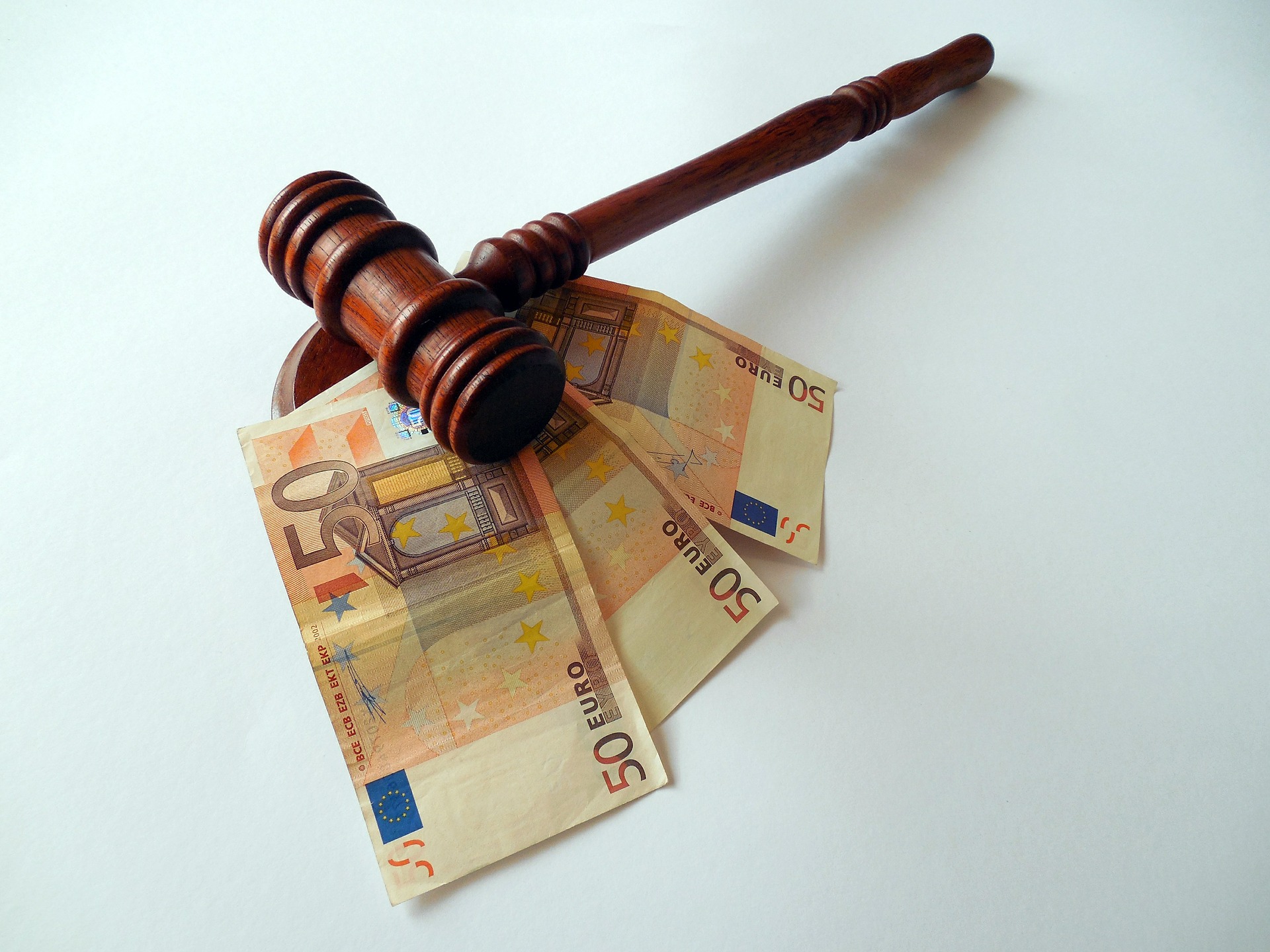 A few days ago, Transparency International presented the 2021 Corruption Perception Index (CPI). Compared to the 2020 results, it could be observed that the position of North Macedonia, Kosovo, as well as Montenegro, improved. Serbia remains at a historic low point for the second year running, while Albania and Bosnia and Herzegovina achieved the worst results among Western Balkans and further dropped on the list.

2021 CPI ranked 180 countries and territories around the world by their perceived levels of public sector corruption, with the results given on a scale from 0 (highly corrupt) to 100 (very clean). The countries of the Western Balkan are placed in the region of Eastern Europe and Central Asia, across which human rights violations have increased corruption risks.

In 2021 average score of the Western Balkans is 38,6, which is better compared to 37,5 points in 2020. Still, this result is far from the average of 64 points in the European Union and the global average of 43 points.

With 46 points in 64th place, Montenegro remains the highest-ranked country, followed by Kosovo and North Macedonia (in 87th place with 39 points), Serbia (96th place with 38 points), and Albania and Bosnia and Herzegovina (110th place with 35 points).

According to the Corruption Perceptions Index in 2021, Albania dropped to 110th place out of 180 countries, thus being six places lower on the list of Transparency International compared to 2020. Having achieved an index of 35 points, the country is 8 points below the world average, and together with BiH, takes the lowest position among the countries of the Western Balkans.

Besides BiH, Albania shares its place with Thailand, Malawi, and Mongolia.

The country has not made significant progress since 2012 when its index was 33 points. Although the 2021 score of 35 is not the lowest in the last ten years (in 2013, Albania achieved 31 points and was in 116th place), this year’s decline testifies to the large-scale corruption in this country.

As Transparency International noted in its report “in Albania journalists suffer lawsuits and intimidation, including excessive control of information related to COVID-19 responses. Moreover, concerns over police violence during demonstrations and breaches of freedom of assembly have been registered throughout the pandemic”.

Bosnia and Herzegovina – significant decline in the last ten years

In 2021, Bosnia and Herzegovina did not make progress in corruption in the public sector, and according to the Corruption Perceptions Index, it recorded a score of 35 points. It ranks 110th out of 180 ranked countries, and among the countries in the Western Balkans region, along with Albania, it has achieved the worst results.

Transparency International pointed out that among the countries of Eastern Europe and Central Asia, BiH, together with Turkey, is a country that has achieved significant deterioration in the previous decade (in 2012, BIH ranked 72nd with 42 points).

In its statement, TI explained that the political crisis is a huge problem that threatens the existence of the state. Besides, it was noted that journalists face threats while the government continues to manipulate the media, whistle-blower protection laws are inadequately implemented, and the court is unable to prosecute corruption cases.

As reported by N1 BiH, during the presentation of the CPI results, Srđan Blagovčanin, Chairman of the Board of Directors of Transparency International BiH, explained that the cause of this situation is the complete cessation of functioning of state institutions, which removed any dilemma that the country is completely non-institutional.

“There are no more obstacles to corruption, not even formal ones. The robbery of states i.e., citizens, resources, has been intensified. The country is on the brink of chaos. If the parliament does not function, if the executive power does not function, if the judiciary is captured by ethnic-nationalist leaders, this country and its resources are practically turning into the property of the ethnic-nationalist cartel,” Blagovčanin said.

According to the Corruption Perceptions Index, Kosovo has made significant progress in 2021. With an index of 39, it ranks 87th, which is 17 places above the position of the list presented in 2020. This place Kosovo shares with its Western Balkan neighbour North Macedonia as well as with Morocco, Ethiopia, Colombia, Guyana, Suriname, Tanzania and Vietnam.

Although it remained below the world average, it was noted Kosovo showed a genuine will to fight corruption by investigating potentially corrupt leaders and adopting a strategy on rule of law.

According to Transparency International, Kosovo has seen peaceful transitions of power between governments over the last years and its parliament was the only one in the Western Balkans – and one of only five in all of Europe – that did not transfer decision-making powers to the executive when the pandemic hit.

However, it was added, “the government needs to ensure public appointments are timely, transparent and impartial to bring necessary improvements to public procurement processes”.

Montenegro – the only WB country above the global average score

This year, Montenegro remains the highest-ranked country in the Western Balkans according to the Corruption Perceptions Index. In 2021, with 46 points, it ranks 64th out of 180 countries, which is three places above the list compared to the previous year.

Despite improvements, this is not the best result Montenegro has achieved in the past 10 years. From 2012 to 2021, its scores vary from 41 to 46, so the question is whether this year’s result is progress or Montenegro is stagnating over the years?

However, it should be borne in mind that Montenegro is the only country in the Western Balkans that has achieved a result above the global average. Moreover, in the region of Eastern Europe and Central Asia, besides it, only Georgia and Armenia have achieved better results.

According to a statement from the Agency for the Prevention of Corruption, such results are a further incentive to eradicate corruption.

“The Agency perceives the new report as an encouragement and recognition of its efforts to strengthen the integrity of public administration through consistent care for the protection of public interest, legal, transparent and non-selective action, but also as an incentive to continue reform activities, improving experience and practice”, it is stated in the announcement.

According to Corruption Perception Index, North Macedonia’s score improved by 4 points since last year. By reaching a score of 39 out of 100, this country is at 87th place, which is 24 places up compared to 2020 CPI.

Efforts made during last year put the country back on track, after several years of decline.

As Transparency International noted, “the country has taken steps to prosecute high-level officials for corruption and strengthen independent oversight institutions”.

Besides, the government adopted an agenda and action plan against corruption – developed in consultation with civil society – which included explicit measures to fight organised crime, reform elections and the judicial system, and address nepotism, cronyism and influence in public hiring practices.

According to the Corruption Perceptions Index, Serbia did not make progress in the field of corruption in the public sector in 2021, considering that, as in previous years, it recorded 38 points and is in 96th place out of a total of 180 countries.

Serbia ranks 96th, along with Argentina, Brazil, Indonesia, Lesotho and Turkey, and is down 2 places from the previous year when it ranked 94th. This is also the worst position Serbia has held in the last 10 years, and with such a result, it belongs to the group of countries with widespread corruption.

During the online conference “Presentation of the most important global ranking of countries by corruption perception – CPI 2021: Where is Serbia on the list?”, The program director of Transparency Serbia explained that the main cause of this situation is lack of political will.

“It is not just the absence of a political will, the so-called political will to implement the laws, but a very clear demonstration of the political will not apply the law,” says Nenadić, adding that this problem was encountered recently in Serbia due to accidents in the public enterprise Electric Power Industry of Serbia, which indicated illegal appointment of acting director by the Government.