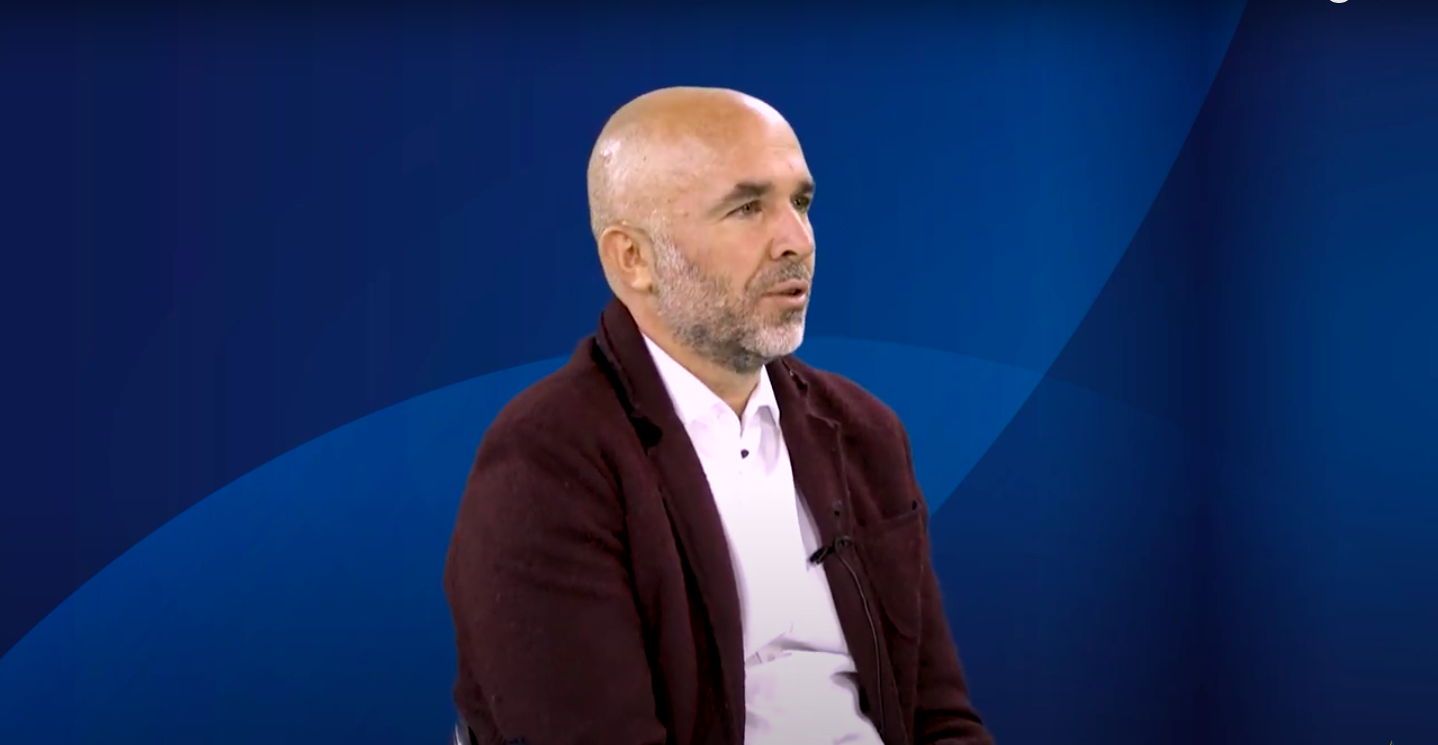 The opening weeks of the French Presidency of the Council of the EU have featured, among other things, the Western Balkans, with President Emmanuel Macron stressing the importance of the region for the EU. Macron’s reputation in the region, however, has largely been shaped by the veto on the opening of accession talks with Albania and North Macedonia in 2019, and while his position on this issue has changed since, there are still open questions on the French vision of the future of the European Union and the place of the potential new member states within it.

We talked about the priorities of the French Presidency and the country’s policy towards the Balkans with Srđan Cvijić, Senior Policy Analyst in the Open Society European Policy Institute in Brussels and a member of Balkans in Europe Policy Advisory Group (BiEPAG), who has been researching the topic in depth in recent years.

European Western Balkans: President Macron was harshly criticized for vetoing the opening of accession talks with Albania and North Macedonia in 2019, with many describing the decision as short-sighted. Has there been a shift in his policy since then? At least rhetorically, he seems to be more aware of the geopolitical importance of the region for the EU.

Srđan Cvijić: French policy towards the EU enlargement to the Western Balkans is motivated by two different sets of considerations that are mutually intertwined. On the one hand, you have elite thinking, shared very much by President Macron and his immediate surroundings, that the EU needs to deepen before it enlarges again. On the other hand, you have purely internal political considerations whereby it is perceived that supporting Western Balkans EU membership would be damaging in the elections for whomever decides to promote it. This has been the primary driver behind the French veto to the opening of the accession talks with Albania and North Macedonia in 2019, and behind the opposition to the visa liberalisation with Kosovo to this day. In May 2019, we had the elections for the European Parliament, and in March 2020 first turn of the French municipal elections, only with these two out of the way, and only after it managed to impose the new enlargement methodology on other EU member states, did France agree to deblocking the accession talks with Skopje and Tirana. Today France is no longer a problem, but Bulgaria that blocks a well deserved opening of the accession talks with North Macedonia.

To evaluate whether there has been a real shift in the French policy towards Western Balkans EU membership one has to come back to the two reasons motivating its behaviour. Paris seemed to have realised that whatever it does on the Western Balkans enlargement front it will not have any implications on its internal politics. Throughout 2020 and early 2021, in cooperation with a think tank D-Part, we in the Open Society Foundations, did unprecedented public opinion surveys and focus groups to see what the French think about EU membership of the Western Balkans. The main conclusion was that this issue is of very little importance to the French voter and that whatever the president and government do on the Western Balkans enlargement front it will not reflect itself on the French elections.

President’s surroundings have surely read our report and similar considerations surely contributed to the positive change of the official French rhetoric towards the Western Balkans European membership perspective. In our research, even French right-wing voters recognise that having Western Balkans in the EU would make France and the EU safer.

Realising that enlargement to the Western Balkans will not hurt its electoral chances surely helps, but it does not mean that President Macron is ready to abandon the policy of deepening before enlarging. However, it does make accession prospects of the six states in the region more realistic than six months ago.

The litmus test of how serious is Paris to push forward the enlargement agenda, is how ready it will be to put pressure on Bulgaria to unblock North Macedonia’s further progress towards EU membership, and we do see some positive signs in this regard.

EWB: There is also an impression that the Western Balkans is featured more prominently in the French presidency priorities than was the case with other recent presidencies, not counting the EU Members bordering the region. Would you say that this is a consequence of the “new tensions” in the region, as Macron said in his December speech?

SC: To some extent yes. France, as well as Germany and a majority of the EU Member States, are genuinely interested to strengthen the stability of the entire continent and having a secure Western Balkans, in many ways EU’s soft underbelly, is indispensable to achieve this goal. Many in the EU raised the eyebrows to the apparent “securitisation” of the enlargement narrative in France, but this is the political reality in the country. As our research also shows, the French are more easily convinced to support EU enlargement to the Western Balkans if the issue is presented to them through the security lenses, and it seems that the official Paris is doing just that.

EWB: Still, Macron remains committed to the agenda of reforming the EU before accepting new members. With the Conference on the Future of Europe expected to wrap up in several months, are we in any way closer to the reform of the EU expected by France?

SC: You are right, reforming before enlarging remains the official French policy. Yet, whereas in the past these two policies were considered mutually exclusive, this is no longer the case and Paris is more open to looking at these two processes as ones that can develop in parallel. Reforming the EU is a long and arduous process, that will last beyond the end of the Conference for the Future of Europe,  but as many times in the past when we did have reform of the EU’s institutional structure we had enlargement developing in parallel and actually helping the internal reform of the EU. I think this will happen also in the case of the Western Balkans.

EWB: In this context, is there something the EU can offer to the Western Balkans in the near future other than a more tangible membership perspective, which would keep the region stable and the EU’s influence secure?

SC: Of course the EU can offer more. Recently the Center for European Policy Studies, a Brussels think tank, and the European Policy Center from Belgrade, proposed a model of staged accession of the Western Balkans to the EU that would, under precise conditions, allow the candidate countries to enjoy the benefits of EU membership (such as access to EU structural funds etc.) even before full accession. I indeed hope the French presidency will listen to this and similar constructive voices in preparation for the joint EU-Western Balkans summit and conference scheduled for June 2022.

EWB: One of the other priorities of the French presidency is strengthening democracy and the rule of law in the European Union, which might also have a positive effect on the Western Balkans by reinforcing the EU’s credibility on these issues. Do you expect this French initiative to achieve noticeable results?

SC: France has been vocal in strengthening the rule of law in Europe and I do hope such policies will have a spillover effect to the region of the Western Balkans and that France will raise its voice against the continued democratic backsliding in Serbia, threats to the constitutional order and territorial integrity of Bosnia and Herzegovina and other challenges in the region and that it will look more closely whether certain commercial projects that include French enterprises (such as the construction of the Belgrade metro for example) present a challenge to the rule of law in the candidate countries.

I also expect France to be a vocal defender of environmental justice in the region, which would mean for example seriously listening to a massive popular outcry in Serbia against the prospective Lithium mine in the west of the country and supporting alternative, Green solutions to the economic development of the entire Western Balkans region.

EWB: April will be marked by some important European elections, including in Serbia, Hungary, and Slovenia. French presidential election will also take place that month. What would Macron’s potential loss mean for the French policy towards the Western Balkans?

SC: Elections in Serbia and Hungary are scheduled for 3 April (second turn of Serbia’s presidential elections on 17 April) and in both cases it is expected that the illiberal regimes in Belgrade and Budapest will suffer some setbacks. Slovenian elections are taking place on 24 April, the same day as the second turn of French presidential elections. A victory of extreme right wing candidates in France would certainly present a devastating blow to the hopes of strengthening the rule of law in the EU and amongst the candidate countries in the Western Balkans.

[EWB Interview] Hackaj: We need to promote best examples of youngsters that make a change in the region