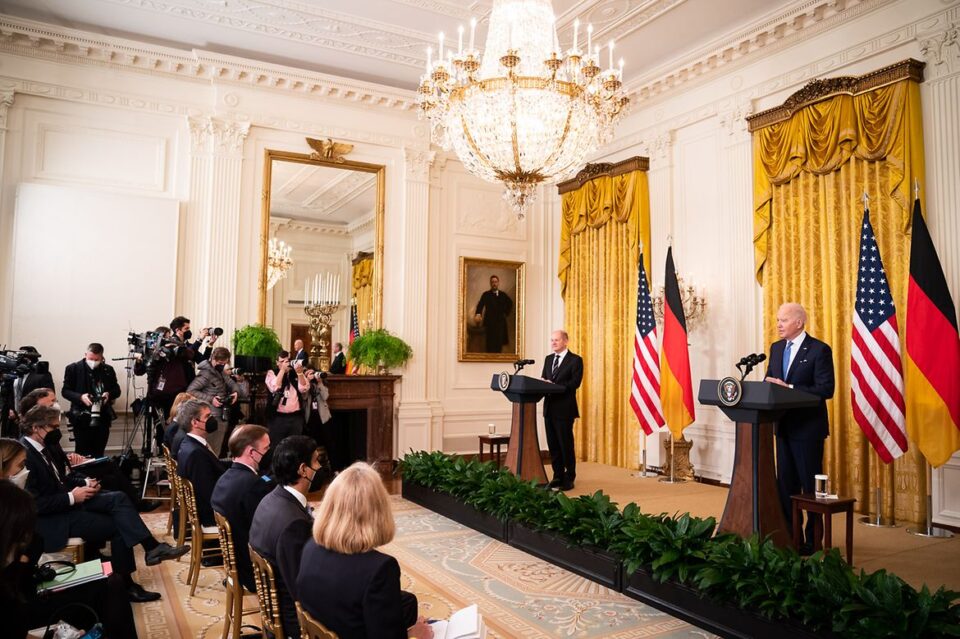 WASHINGTON – President of the United States Joe Biden stated during the joint press conference with German Chancellor Olaf Scholz that they had reaffirmed commitment to integrating the Western Balkans into the European institutions during the meeting at the White House.

According to Biden, they also discussed the challenges they were facing to the international order from China, along with Russia “and other competitors that are pursuing more illiberal futures”.

“We also reaffirmed our commitment to completing the work of integrating the Western Balkans into the European institutions and to finally realize a Europe that is whole, free, and at peace”, Biden stated.

In his remarks, the German Chancellor said that, when it comes to Russia and Ukraine, it was important that all allies — the U.S. and Germany, the transatlantic partnership between the US and Europe, NATO speak with one voice.

“So, (if there was a military aggression) there will be a high price for Russia…At the same time, it is important to use all diplomatic means we have”, Scholz said.

Serbian parliament adopts the Act on Changing the Constitution