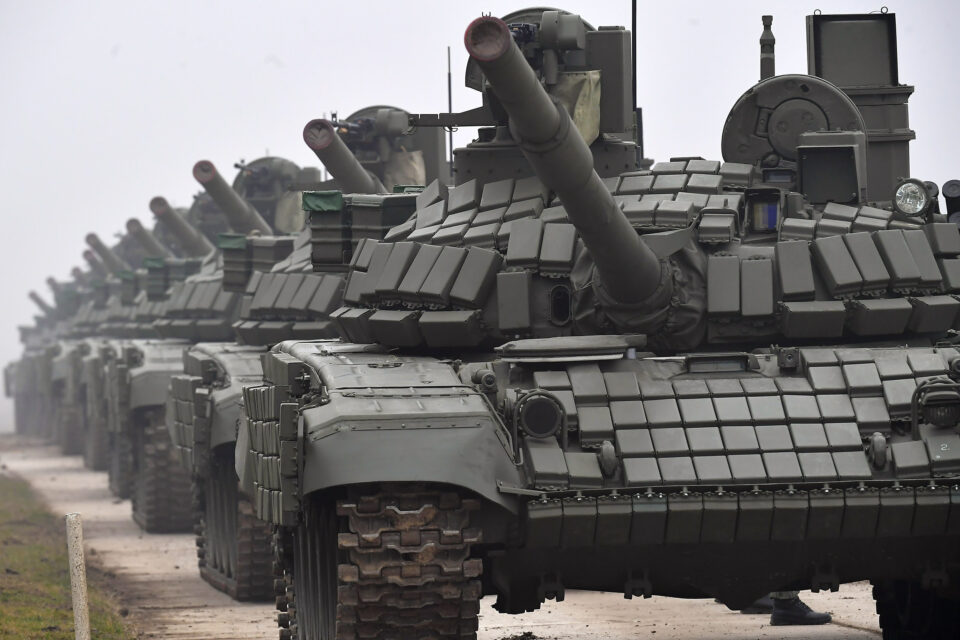 Nearly eight years after Russia occupied Crimea and supported separatist fighters in eastern Ukraine, the former Soviet republic has once again become the focus of potentially the most dangerous conflict between West and East since the Cold War. Western powers are widely announcing economic sanctions against Russia in the case of an invasion, and they recognize the intentions for such a plan in the strategic accumulation of Russian troops along the border with Ukraine.

The countries of the Western Balkans are divided on the potential conflict in Ukraine. While Albania, Kosovo, and North Macedonia openly support Ukraine and the Western allies, the “diplomatic pendulum” of other countries in the region has not swung to either side. Nevertheless, the policy of balancing and not interfering in the tensions between East and Weste seems increasingly difficult.

The situation on the Ukrainian borders was another reason for the quarrel between Croatian President Zoran Milanović and Prime Minister Andrej Plenković. Milanović’s stated that NATO’s strengthening of its presence in “corrupt” Ukraine has nothing to do with Croatia, while Plenković apologised to Kyiv and said that Croatia respects the territorial integrity of Ukraine, adding ironically that the President of Croatia was probably suffering from a low sugar level when he was making such a statement.

Authorities in Kosovo, North Macedonia, and Albania have openly sided with the West. Support from Pristina came from the highest levels. In January, Kosovo President Vjosa Osmani said that Kosovo stood by Ukraine and that Kosovo’s security forces would be supported by Kyiv, the United States, and NATO, “as well as all countries that want to promote democratic values”.

For North Macedonia, the announcements of Russian actions are provocations, and if NATO decides, this country will get involved in a possible military conflict. The Minister of Defense announced that possible arrangements of North Macedonia are already being considered within the framework of a potential NATO mission.

Albania, the oldest NATO member in the region, has indicated it is ready to participate in any future mission in Ukraine.

“We share the concerns of our NATO partners due to the unprecedented increase in the number of Russian troops and military equipment on the borders with Ukraine and the threat of military aggression against a friendly country”, said Albanian President Ilir Meta.

Bosnia and Herzegovina has not declared itself, and it will not be able to have an official position, because the division within the members of the three-member Presidency into allies of the West and Russia has been known for a long time.

Nikola Lunić, Executive Director of the Council of Strategic Policy, says for European Western Balkans that if the Ukrainian crisis escalates into open conflict and Russia’s invasion, Moscow will likely work to disperse the crisis and will try to use hybrid actions to direct Western forces to various global hotspots.

“The Western Balkans is close to final stabilization, primarily through the “Open Balkan” initiative, which, together with the EU, has the potential to be the basis for resolving all regional mistrust and disagreements. The region and all leaders would be extremely decadent if they did not take this opportunity. That is why I believe that his crisis will not and must not affect any country in the region”, says Lunić.

He underlines that the region of the Western Balkans must not allow any speculations about the deployment of Iskander-M tactical nuclear ballistic missiles in Serbia, and all disinformation of the Russian side about such a scenario should be prevented, adding that only in this way will we build trust together in the Western Balkans.

According to the GLOBSEC “Vulnerability Index”, Serbia is the most vulnerable county to Russian influence in the region of Central Europe. Despite that, it has not commented so far on this balance of power, which threatens to escalate into open conflict. Although Serbian President Aleksandar Vučić met with Russia’s ambassador in Belgrade, his position on the crisis is unknown.

The Ministry of Foreign Affairs has so far acted diplomatically, announcing that Serbia is committed to a peaceful solution. According to Serbian Foreign Minister Nikola Selaković, escalation of the conflict between Russia and Ukraine would negatively affect Serbian foreign policy because Ukraine and Russia are “friendly and fraternal Slavic countries”. However, most Serbian pro-government media and foreign policy commentators are on Russia’s side.

For Nikola Lunić, there is no doubt that Serbia will be required to join the unified position on sanctions, in accordance with the strategically expressed orientation towards EU integration.

“Serbia’s foreign policy balancing between East and West in the scenario of a direct conflict in Ukraine will be extremely limited and practically impossible”, believes Lunić.

He recalled that the previous Ukraine crisis, which culminated in the annexation of Crimea, led to reactions from the international community and the imposition of sanctions on Moscow.

“However, we are witnessing that the sanctions were not comprehensive, and that they tolerated cooperation in strategically important areas. Now that would not be the case and the West would have to show unity because otherwise, it would bring the whole concept of the common market and collective defense into question”, says Lunić.

According to Lunić, Serbia recognizes Ukraine within its sovereign borders and there should be no dilemma regarding the sanctions.

“The only problem may be the election campaign, which would cause important foreign decisions to be postponed after the elections”, says Lunić.

He underlined that this type of potential radicalization of the crisis explicitly indicates the unsustainability of military neutrality, which should be respected by all international entities, and not used only for internal political rating.

“Reliable relations in the international context are built during a crisis, not after it. Therefore, one should rely on the analytical assessments and capabilities of the intelligence service and exclude internal party interests. It is the only way to gain sincere allies and dedicated partners in the harsh political arena”, says Nikola Lunić for EWB.

Montenegro takes care of its worries

The conflict between Ukraine and Russia does not worry Montenegrin politicians due to the current political crisis and the fall of the government. Authorities in Montenegro, which has been a member of NATO since 2017, have not commented on the issue of Ukraine. While Government and Ministry of Foreign Affairs are silent, the embassies of the US, Russia, and Ukraine in Podgorica exchanged accusations.

The statements were issued after the US ambassador said that American and Montenegrin citizens must stand together with Ukraine against Russia’s aggression in order to ensure a free and stable Europe.

Five days later, the Russian embassy in Montenegro assessed that the American ambassador, whom they called “Russophobe”, represents a directed campaign of defamations against Russia, Radio Free Europe (RFE) reported.

In the same statement, the Russian embassy warned official Montenegro that similar scenarios could spill over into the region, adding that official Washington spreading “hysteria regarding Russia’s imaginary invasion on Ukraine”.

The German MDR writes that the society in Montenegro is polarized in its position on Russia and Putin. “Montenegrin Serbs” who make up more than 30 percent of the population “generally support everything the Kremlin does, while Montenegrins do not.”

Relations between Montenegro and Russia deteriorated when official Podgorica, following the policy of the EU in 2014, joined the sanctions imposed by official Brussels on Russia, due to the annexation of Crimea. Montenegro became a member of NATO in 2017, which provoked numerous harsh comments from the Russian government. Montenegrin Army joins NATO-led missions in Afghanistan, Kosovo, Latvia and Poland.

The pro-European Western Balkans are divided on the potential conflict in Ukraine. While some have openly sided with the West, others, who are balancing, are hoping that the conflict will be avoided after all.

London Summit: Major step for inclusion of the Civil Society in the Berlin Process