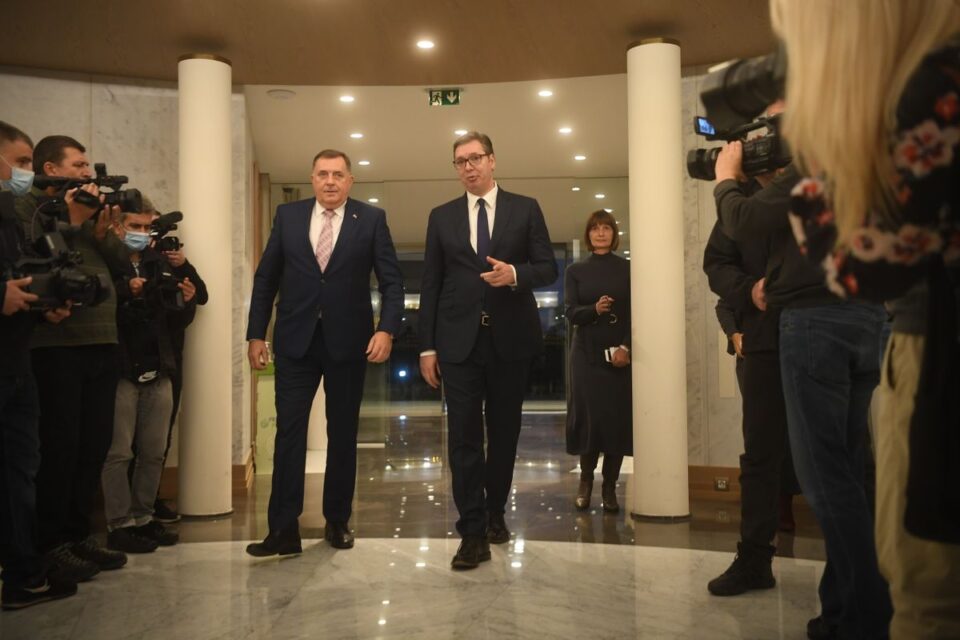 Most of the Western Balkan countries have condemned the Russian military assault on Ukraine which began this morning. Serbia has scheduled the session of the National Security Council for 13 hours, while Member of the Presidency of Bosnia and Herzegovina Milorad Dodik stated yesterday that BiH should be neutral in the crisis. His colleagues Šefik Džaferović and Željko Komšić condemned the Russian attack this morning.

On the evening of 23 February, before the attack, President of Serbia Aleksandar Vučić announced that Serbia will respond to the crisis in Ukraine in 48 hours. This morning, he met with the Ambassadors of Quint countries (US, UK, Germany, France, and Italy) to Serbia and announced a session of the National Security Council for the afternoon.

Also yesterday, Member of Presidency of Bosnia and Herzegovina Milorad Dodik said that the events in Ukraine, meaning the recognition of Donetsk and Lugansk by Russia, had shown that it was a good decision for BiH not to enter NATO and that it would not support sanctions to Ukraine.

There is currently no information on the steps Republika Srpska leadership intends to take following the events of this morning.

President of North Macedonia Stevo Pendarovski also strongly condemned the military action that Russia has taken against Ukraine, which will inevitably lead to irreparable loss of life and property damage.

“The invasion of Ukraine by Russia is an attack on the territorial integrity and sovereignty of Ukraine, a serious violation of the basic principles of international law, a blow to the democratic order and a threat to the stability of Europe”, Pendarovski stated.

He also said that as a NATO member, North Macedonia joins the Alliance’s call to Russia to cease hostilities on the territory of Ukraine.

“On behalf of the citizens of North Macedonia, I express solidarity with the Ukrainian people in these difficult times,” he said.

Prime Minister of Albania Edi Rama also wrote that the country stands with NATO and the EU.

We join our @NATO and #EU allies in the firm condemnation of Russia's agression. Our thoughts are with the Ukrainian people.

“We join our NATO and EU allies in the firm condemnation of Russia’s aggression. Our thoughts are with the Ukrainian people”, he wrote.

President of Albania Ilir Meta also called on Russia to withdraw on military action on Ukraine.

President of Kosovo Vjosa Osmani also tweeted the position of her country on the issue.

“Kosovo stands with Ukraine and its people, while they’re facing the consequences of unprovoked war as a result of Russia’s acts of aggression. We’ll cooperate with our allies to stop any destabilization in our region. Russia’s hegemony will not succeed. Freedom and democracy will prevail”, Osmani wrote.

Zaev and Đukanović: EU and NATO for lasting stability