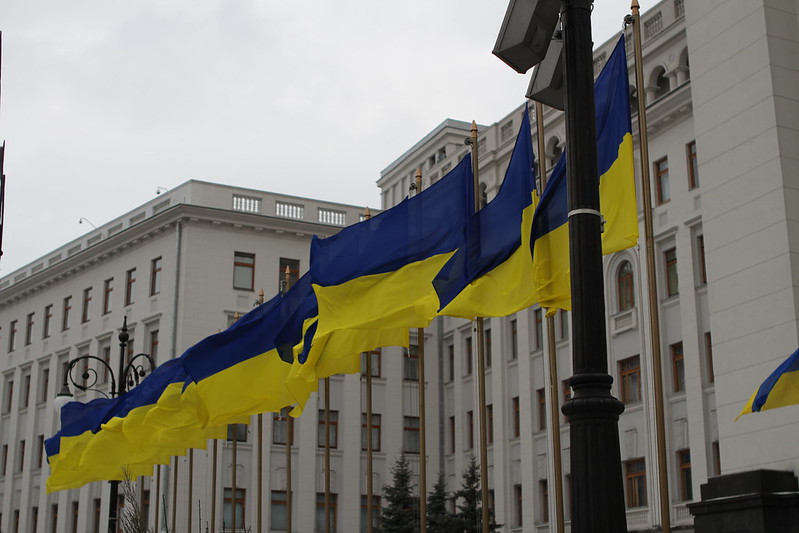 BELGRADE – While Serbia’s position on the conflict in Ukraine will be known today after the second session of the National Security Council and addressing the nation by the Serbian President, opposition parties mostly presented their positions. Right-wing and pro-Russians are closer to the position that the conflict in Ukraine is a problem between the great powers, and that Serbia should maintain its neutrality and not join the sanctions against Russia. Pro-European parties and movements focused on the suspensions of military actions, expressing their solidarity with the citizens of Ukraine.

The divisions between the opposition parties also reflect the polarization in the public opinion in Serbia. The government and right-wing parties are especially playing on the sentiments and feelings of the citizens towards Russia ahead of the elections. The pro-government media supported the negative attitude towards joining the EU sanctions by Serbia.

The Freedom and Justice Party (SSP) said that “Serbian citizens know better than anyone else in Europe the horrors and futility of war” and called for peace, end of the military conflict in Ukraine and return to dialogue “as the only way to permanent settlement of international disputes”.

“The crisis in Ukraine confirms the correctness of the fight for respect for international law in 1999 and 2008, and therefore we believe that Serbia should support the territorial integrity and sovereignty of Ukraine, as well as any other member state of the United Nations”, the statement said.

SSP called in the Serbian government, in accordance with the possibilities and as soon as possible, to send humanitarian aid to the endangered population in Ukraine.

The presidential candidate of the opposition list of United Serbia stated that the military solution to the Ukrainian crisis is “unacceptable due to the suffering of the civilian population and because it represents a violation of the territorial integrity of the UN member states.

“Serbia went through such a traumatic experience in 1999 and 2008 when we opposed the force robbed us of Kosovo. “This gives us a moral basis to stand upright today, as we did then, and advocate respect for international law, and not the law of the strongest in international relations”, Ponoš said.

The Movement of Free Citizens (PSG) is explicit in the position that official Belgrade would have to condemn the military aggression committed by Russia and stated that Serbia would have to provide all the necessary assistance to Ukrainian citizens.

“In order to stop the further undermining of Europe’s security and economic foundations, it is necessary to immediately suspend Russian military operations and make a firm commitment to resolving the crisis through diplomacy within the framework set by current international law”, the statement said.

Right-wing opposition parties appealed today to the authorities in Serbia not to “subject to pressure” and not to join the sanctions of Western countries on Russia.

Patriotic bloc for the renewal of the Kingdom of Serbia, whose right-wing parties and movements are gathered around the Dveri Party, stated that “Serbian people are against the imposition of sanctions on Russia” and added that if it came to that it would have “unfathomable consequences on our security, economic and historical subjectivity “.

“In a political sense, it would mean an immediate resignation by Aleksandar Vučić and his Government and a gateway to eternal shame”, according to the bloc, to which they added that if the sanctions are imposed, they will lift those sanctions on the first day after coming to power and “establish an order in relations between the two countries based on strategic partnership and brotherly love”.

Today, the NADA coalition called on the Government of Serbia not to take any side in the conflict between Russia and Ukraine and to prepare the state budget for subsidies to citizens due to the jump in gas prices. The presidential candidate from the NADA coalition, Miloš Jovanović, said he doesn’t understand the West and condemnations of the Russian attack on Ukraine, since they violated international law in the worst possible way during the bombing of Serbia in 1999.

“Serbia should be ready to face the upcoming crisis in energy prices, prepare its budget for subsidies to citizens and not interfere in the conflict at any cost”, said Jovanović. His opinion is that Serbia shouldn’t impose sanctions on Russia and condemn their moves because the EU is urging it, nor should Serbia recognize the independence of Lugansk and Donetsk.

“Dosta je Bilo” party agrees with other right-wing parties that Serbia should not “take a side in that conflict and should not impose sanctions on anyone”, but also that it should lift sanctions against Belarus. For them, the war in Ukraine is a “consequence of the geopolitical conflict of the great powers in the last thirty years in Eastern Europe”. They said that NATO was expanding in five waves and it reached Russia, adding that by separating Kosovo and Metohija NATO “opened Pandora’s box of abandoning the principle of inviolability of the borders of sovereign countries”.

The President of the Socialist Party of Serbia (SPS) and the President of the National Assembly said for RTS that Serbia must not join various condemnations and sanctions of Russia, because those countries did not help Serbia in 1999 when Serbia was bombed.

The ruling Serbian Progressive Party (SNS), is still undecided. Besides BiH, Serbia is the only country in Europe that has not stated its official position on this conflict. This morning, the President of Serbia had a meeting with the Quint and the EU ambassadors, and after that a meeting of the National Security Council. The position of Serbia on the announced sanctions against Russia will be known tomorrow after 6 pm when the President of Serbia addresses the nation.

Vucic, Scott discuss topics of upcoming visit to US