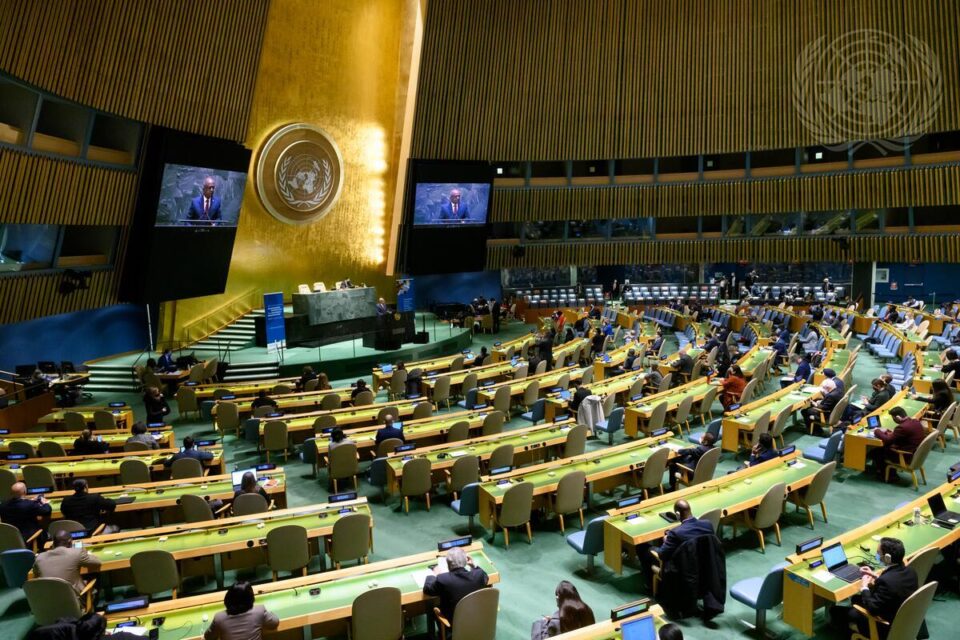 NEW YORK – All member countries of the United Nations from the Western Balkans, including Serbia, voted today in favour of the Resolution on the Aggression against Ukraine.

The Resolution was adopted today with 141 votes in favour and 35 abstentions. Russia, Belarus, Syria, Eritrea and North Korea voted against it.

“(The General Assembly) reaffirms its commitment to the sovereignty, independence, unity and territorial integrity of Ukraine within its internationally recognized borders, extending to its territorial waters; deplores in the strongest terms the aggression by the Russian Federation against Ukraine in violation of Article 2 (4) of the Charter; demands that the Russian Federation immediately cease its use of force against Ukraine and to refrain from any further unlawful threat or use of force against any Member State”, read the first three points of the Resolution.

Serbian representative to the United Nations took the floor to justify the vote, saying that Serbia “most sincerely regrets the events taking place in the East of Europe”.

“Russia and Ukraine have always been friendly countries to the Republic of Serbia and Serbian people perceive Russians and Ukrainians as fraternal nations. We feel that the loss of life of each man in Ukraine is a true tragedy”, Serbian representative said.

He added that the Republic of Serbia is committed to observing the principles of territorial integrity and political independence of states and one of the main principles of international law based on the UN Charter and Final Act from Helsinki from 1975 which guarantees the right of inviolability of borders to the states, just like it is committed to the preservation of sovereignty and integrity of its own territory.

“The Republic of Serbia, likewise, advocates respect for the territorial integrity of other sovereign nations, and regardless of not agreeing with all formulations stated in Resolution will vote in favour of the Resolution”, Serbian representative said.

He also said that “the first attack on the sovereign state on the soil of Europe after World War Two took place not so long ago, in 1999, when 19 countries attacked at that time Federal Republic of Yugoslavia, primarily Republic of Serbia, when there was no appropriate reaction of this distinguished institution to this flagrant violation of UN Charter”.

“Despite the fact they still suffer from consequences of severe violation of fundamental principles of international law by others, Serbia is not giving up on these principles even today. Serbia will continue to advocate the termination of conflicts, expecting that the parties will invest additional efforts into reaching a diplomatic solution, in creating conditions for peace throughout dialogue. Serbia will provide all kind of humanitarian aid to endangered citizens of Ukraine and will remain committed to peace and consistent respect of international law”, Serbian representative concluded.

Sarrazin: Bad time to be indecisive towards Russia

Maas: Germany will continue to support North Macedonia and Albania