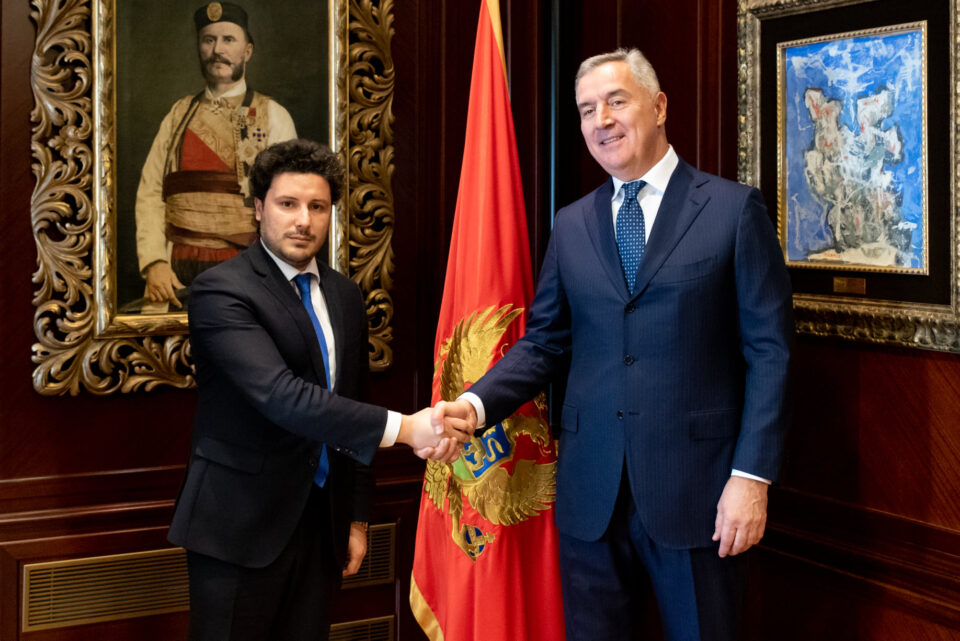 PODGORICA – The President of Montenegro, Milo Đukanović, has announced that the mandate for forming the new government is given to the leader of the Civic Movement URA, Dritan Abazović. Đukanović and Abazović met last Thursday, when the Presindet of Montenegro informed the Deputy Prime Minister that he has completed the consultations and that he inteds to give the mandate. The future minority government will consist of URA, Albanian and Bosniak minority parties, and SNP. DPS and two other social democratic parties will give their support for the creation of this government. Not all were content by this decision.

“Montenegro doesn’t have the time to waste. We have important decisions ahead of us that will unblock the institutions, strengthen the fight against crime and corruption, bring about electoral reform and reconcile Montenegro”, was written yesterday on URA’s Twitter account after SNP accepted to be a part of the new government.

This has sparked mass protests in Montenegro. Democratic Front, the second largest political party in Montenegro, has in the past few weeks made several roadblocks as a sign of protest against the formation of the future government. “Dritan, you took our money” and “treason” could be heard from the crowd.

Leader of Democratic Montenegro (the Democrats) Party Aleksa Bečić said during the protests that where the will of the people doesn’t rule, corruption and crime do and that Montenegro should never again live in the division. He wrote on Twitter, that this is continued the process of “betraying the electoral will of the citizens and the return of the DPS to power, through the formalization of the DPS-URA coalition.

“Get up Montenegro, because you never knelt down. Defend the electoral will, so that crime and corruption do not prevail”, said Bečić during the protest. According to Bečić, Montenegro “cannot be calmed”.

MP and the member of URA Miloš Konatar said that the decision to go through with the no-confidence motion was difficult but was also in the best interest of citizens because Montenegro found itself in a political blockade. He also emphasized that the previous government has from its start functioned as a minority government and that there was not enough support for judicial reforms and the EU accession.

After Abazović became the mandatary for the formation of the new government, the political landscape doesn’t seem to be calming down. There is no end to protests in sight. A new protest walk is scheduled for Thursday the 10th of March.

It is yet to be seen whether the future government led by Abazović can lead Montenegro out of the political crisis, reform the judicial system, and speed up the EU accession process.

Samus, Fedyk: After the war, there will be intentions to create a new European security framework