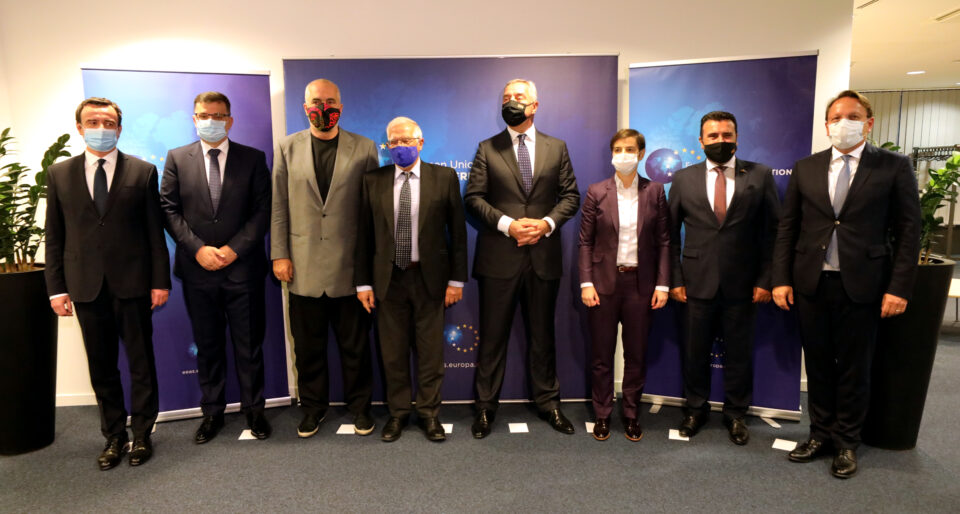 BRUSSELS – The Council of the European Union formally approved the Strategic Compass, a document laying out the plan of action for strengthening the EU’s security and defense policy by 2030, on Monday. Western Balkans is mentioned in several parts of the document, which proposes a “tailored partnership” with the region.

Strategic Compass opens with the assessment that “the return of war in Europe, with Russia’s unjustified and unprovoked aggression against Ukraine, as well as major geopolitical shifts are challenging our ability to promote our vision and defend our interests”.

According to the press release of the Council, the Strategic Compass provides a shared assessment of the strategic environment in which the EU is operating and of the threats and challenges the Union faces. The document makes concrete and actionable proposals, with a very precise timetable for implementation, in order to improve the EU’s ability to act decisively in crises and to defend its security and its citizens.

Among the proposals are the establishment of a strong EU Rapid Deployment Capacity of up to 5000 troops for different types of crises, reinforcing the EU’s civilian and military CSDP (Common Defence and Security Policy) missions and operations, and developing develop Hybrid Toolbox and Response Teams, bringing together different instruments to detect and respond to a broad range of hybrid threats.

The priority actions in the document propose boosting cooperation with bilateral partners that share the same values and interests such as the United States, Norway, Canada, UK, and Japan. The EU should also, according to this part of the Strategic Compass, develop tailored partnerships in the Western Balkans, our eastern and southern neighborhood, Africa, Asia, and Latin America.

Western Balkans is also the first region covered in the part of the document discussing the strategic environment of the Union.

“Security and stability throughout the Western Balkans is still not a given, also due to increasing foreign interferences, including information manipulation campaigns, as well as through potential spillover from the current deterioration of the European security situation. In this regard, it is of particular interest to support the sovereignty, unity and territorial integrity of Bosnia and Herzegovina, based on the principles of equality and non-discrimination of all citizens and constituent peoples as enshrined in the Bosnia and Herzegovina constitution, as well as the reform process on its European path and to take forward the EU-led Pristina-Belgrade dialogue”, the document reads.

It also stresses that tangible progress on the rule of law and reforms based on European values, rules and standards needs to continue and the European perspective is a strategic choice, essential for all partners aspiring to EU membership.

The region is also mentioned in the part of the document focusing on partnerships, both bilateral and multilateral.

“We remain committed to improving the resilience of societies and democratic processes, political institutions, and critical infrastructure in the Western Balkans, as well as boosting cybersecurity, countering disinformation, and supporting counter-terrorism efforts in the region. To help build civilian and military capacity and resilience in the region, working closely together with the UN, NATO and the OSCE is of the utmost importance. We welcome the regular contributions our partners in the Western Balkans have made to our CSDP missions and operations”, the document reads.

In terms of multilateral partnerships, Western Balkans is mentioned in the context of cooperation with the Organisation for Security and Cooperation in Europe (OSCE).

“While developing closer operational linkages with the OSCE in the Western Balkans, the eastern neighborhood, and Central Asia, we will explore how the EU can work closer with OSCE field missions and strengthen its relationship with the OSCE’s Conflict Prevention Centre”, the document reads.