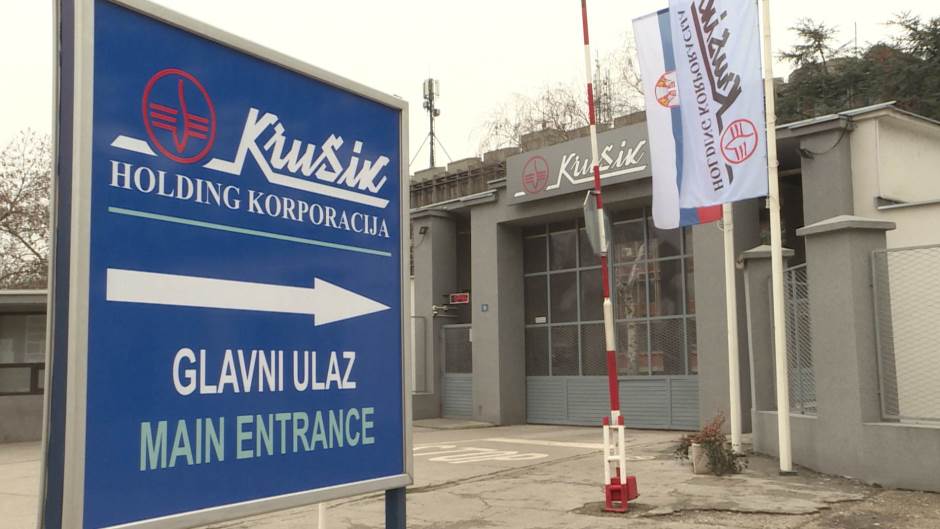 Krušik company in Serbia, the venue of the most famous whistle-blower case in the country; Photo: N1

Corruption in the Western Balkan countries represents a long-standing problem, and governments in the region have been announcing numerous efforts to fight against it for years. Protecting the whistle-blowers – witnesses of misconduct is an important part of combating this issue.

All countries in the region have a relatively new legal framework in the field of whistle-blower protection, mostly in line with international standards. Nevertheless, the efficiency of these laws is questionable. Despite their contribution to transparency and justice, individuals who report illegalities are very often deprived of adequate treatment. Instead of becoming subjects of protection, they become subjects of trial proceedings and other actions that the Law should prevent, which caused very controversial cases.

Rodoljub Šabić, a lawyer in Serbia, President of the Civil Committee for the Protection of Human Rights Defenders and Whistle-blowers, and former Commissioner for Information of Public Importance and Personal Data Protection, explains that, despite contributions to whistle-blower protection, the problem of protecting whistle-blowers in Serbia is difficult and chronic.

Although the new law has been applied since 2015, training for judges in cases of harassment has been organized, and appropriate manuals with instructions and recommendations for law enforcement have appeared, the practice showed that this did not give the expected and necessary results, notes Šabić.

Šabić explains whistle-blowers in Serbia are facing a long list of irregularities – rigid attitudes of court practice towards proposals for establishing the status of whistle-blowers, long duration and inefficiency of proceedings before courts in lawsuits for examining the legality of actions passed to the detriment of whistle-blowers, the readiness of the authorities to react with repressive measures to possible violations of the law by whistle-blowers, as well as inconsistent application of complementary laws.

Most of these shortcomings are reflected in the case of Aleksandar Obradović, the employee of “Krušik”. Obradović provided information on the illegal business of this state-owned company. He first submitted the illegalities to the competent superiors, but when the answer was missing, he forwarded it to investigative journalists.

“When he alarmed the public, he was arrested spectacularly, as if he were the head of some large and dangerous criminal organization. He did not hide at all, he did not run away, he did not hide evidence, but on the contrary – he confirmed that he did collect documents, but only to warn the authorities and the public about illegalities and endangering the public interest in the “Krušik” company. After reactions from the public, he was released to house detention to defend himself. But he was suspended from work, his income was reduced, his existence was endangered,” states Šabić.

Criminal proceedings against Obradović are still being conducted.

Šabić stressed this case confirms that reporting illegalities in Serbia could be a disincentive and extremely worrying experience, given that even the publication of documents that strongly support suspicions that the state factory’s business policy was conducted in the interest of private individuals in conjunction with political leaders did not lead to the authorities act against those responsible.

Deficiency of legal and institutional framework – Cause of distrust among citizens

In Bosnia and Herzegovina, in 2018, Emir Mešić reported irregularities in the operations of the Indirect Taxation Authority, where he worked at the time. Meanwhile, he received the status of a protected person who submitted corruption, which should be preserved from the degradation by his superiors. Nevertheless, today he is facing three disciplinary proceedings, two demotions, and one decision on termination of employment, which did not enter into force.

Ivana Korajlić, the Executive Director of Transparency International in Bosnia and Herzegovina, explains that the case of Emir Mešić, and those similar which addressed the Agency for Prevention of Corruption, show an important problem – the Agency does not use all of its available competencies to prevent harmful actions against persons who receive the status of the protected whistle-blower.

“We have seen in the example of Emir Mešić – that even when harmful actions occurred, when disciplinary proceedings were initiated against him, precisely because he reported corruption, the Agency did not act properly and, above all, did not use its powers to ask the institutions to eliminate these harmful actions. Consequently, there is a decline in trust in institutions because people generally think that their applications will be useless,” she explains.

A whistle-blower protection law of the Federation of Bosnia and Herzegovina has still not been adopted, so the whistle-blower reporting channels and protection mechanisms for employees in the FBiH entity are left unregulated.

Besides the absence of the special Law on the Protection of Whistle-blowers in the Federation, which represents a gap in itself, the plight of those who report corruption in Bosnia and Herzegovina has also deteriorated since the existing legal framework is not applied adequately.

Although this country is one of the first in the Western Balkans where the Law on the Protection of Whistle-blowers has been in force for the longest time, only a few people have received the status of a protected person who reported corruption since it entered into force.

Moreover, the crucial problem is that even obtaining the status does not guarantee protection. The example of Emir Mešić testifies to that.

Korajlić explains due to this, on the one hand, there is still fear among citizens that, regardless of the protection they seek, they will not be adequately protected from mobbing at work, degradation and other things.

On the other hand, there is the question of expediency of reporting, given that in the case of Emir Mešić, only for one of his reports, after three years, the prosecution issued an order not to investigate although everything was very thoroughly supported by evidence and data.

Inadequate response by the institutions led to the decrease of trust among citizens who are not feeling safe to report corruption.

Consequently, the number of applications submitted by the whistle-blowers is lower. To improve the situation, Korajlić thinks that it is important to show the citizens that it is worth reporting corruption.

“So, where there are laws, we must have a more efficient response from the institutions. Besides, citizens need to be aware of the protection mechanisms available to them. Perhaps the most important thing is that something is done on the reports. If a person waits for five years to see what will happen to their report, and in the meantime suffer the consequences because of that, it will further demotivate others who might report illegalities and ask for protection. So, it is crucial to act on the whistle-blower’s reports, and for the reports to have some epilogue,” she states.

Among the countries of the Western Balkans, Montenegro is the only one in which there is no special Law on the Protection of Whistle-blowers, and this area is regulated by the Law on Prevention of Corruption.

Zorana Marković, Executive Director of the Center for Development of Non-Governmental Organizations in Montenegro, explains that this raises the question of the capacities of the Anti-Corruption Agency to deal with this problem properly.

In the same year that the law in Montenegro entered into force, Patricia Pobrić reported a suspicious payment of the Social Democratic Party and Montenegro Railways. Pobrić was fired after disclosing this information and her right to protection by the Agency has not been recognized, while the accused obtained minimum retributions.

In 2021, Anti-Corruption Agency in Montenegro stated in its reports that an increase in the number of applications submitted by the whistle-blowers has been noted, while at the same time the number of anonymous submissions has decreased.

Marković explains, from the statistical data available from the Anti-Corruption Agency report, that it can be seen that the quality of reports is high. However, having in mind the secrecy of data related to whistle-blowers and their reports, it is very difficult to assess the scope of reports and their consequences, as well as the position and protection that persons who report corruption.

She adds that all this information becomes publicly available only in those cases when the whistle-blower goes public himself regarding the application he has submitted or the consequences he suffers as a result of that application.

“I believe that the results do not differ from the statistics available on a global level. I emphasize again, having in mind the legal restrictions related to the protection of the identity of whistle-blowers, as well as the lack of records of cases from which it would be seen that a certain court procedure is conducted after the whistle-blower’s report, it is difficult to draw an adequate conclusion in the Montenegrin context,” Marković concluded.

Policy Brief: Pressures on judges and prosecutors in BiH decrease trust in the judiciary