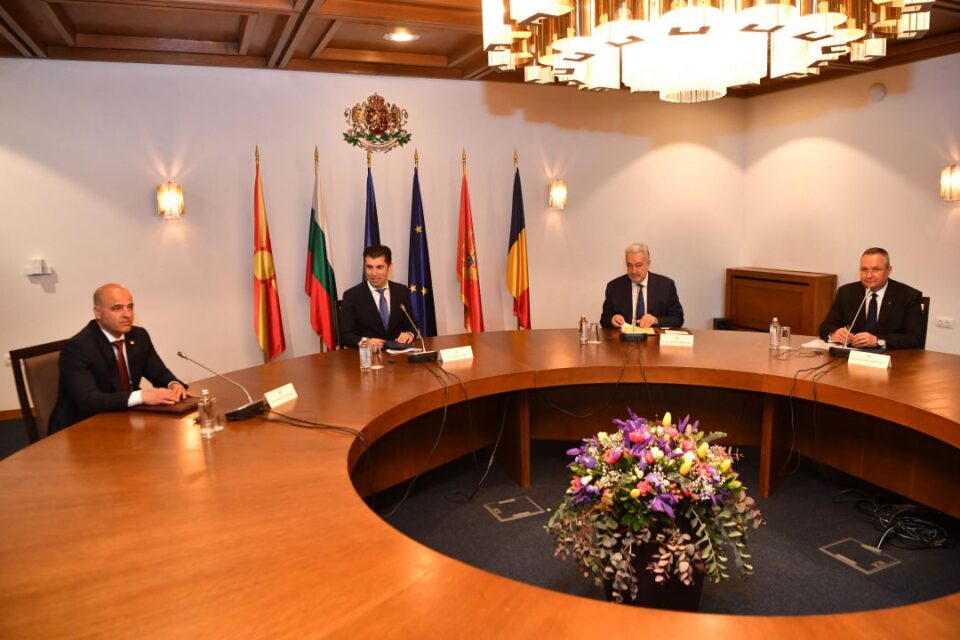 SOFIA – Prime Ministers of North Macedonia Dimitar Kovačevski and of Montenegro Zdravko Krivokapić met today with their counterparts from Bulgaria Kiril Petkov and Romania Nicolae Ciucă, discussing the security impact of the war in Ukraine on the region.

“This meeting paves the way to preventing any possible impact on our security and stability in the context of the potential consequences that could arise from the current security and humanitarian crisis in Ukraine,” Dimitar Kovačevski said, adding that the countries participating in the meeting remain firmly on the position of condemning the war in Ukraine as an illegal and illegitimate invasion by Russia.

According to the press release of the Government of North Macedonia, Kovačevski emphasized the importance of vigilance in opposing misinformation from Russia, which is a real threat to democratic processes in Europe and the Western Balkans.

Kovačevski also stressed the economic uncertainty and the growing energy crisis and assessed the stalemate in the EU enlargement process as particularly risky.

“The absence of a credible European and Euro-Atlantic perspective for the Western Balkans has multiple negative tendencies for malicious third party influence, raising uncertainties in the region and raising suspicions which results in a decrease in citizens’ trust in the EU,” Kovačevski said.

Prime Minister of Montenegro Zdravko Krivokapić pointed out the challenge when it comes to fake news and propaganda and proposed the creation of a strong, joint center that would deal with the processing and examination of false information on the basis of artificial intelligence.

“This crisis has created an energy crisis, as well as a food crisis. It is also an opportunity for the countries of the Western Balkans to unite for the good of their peoples and act in a coordinated manner”, Petkov said.

Prime Minister Petkov pointed out that food supply chains have changed and that the region should have a unique and quick response and strategy. He emphasized the importance of the region’s infrastructural connectivity, suggesting that Corridor 8 must appear on the EU map.

“This is a strategic priority of the entire region that connects Montenegro, Albania, Macedonia, and Bulgaria, ie. it connects the Adriatic and the Black Sea”, said Petkov.