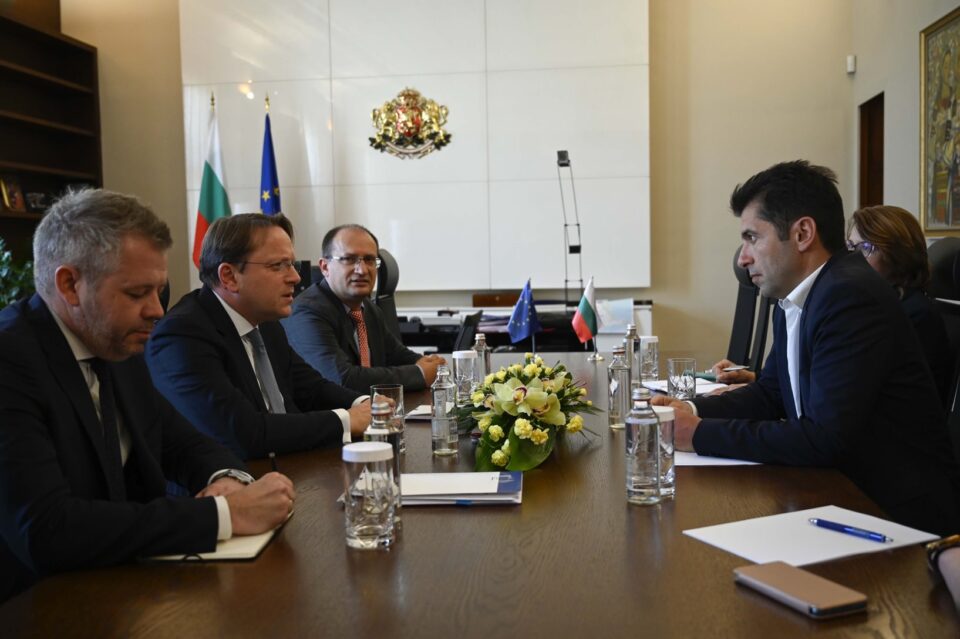 SOFIA / SKOPJE – European Commissioner for Neighbourhood and Enlargement Olivér Várhelyi travelled to Bulgaria and North Macedonia this week. In Sofia, he expressed his disappointment that the start of the accession talks with Skopje and Tirana was still on the agenda after two years. Bulgarian leadership, however, repeated its condition of including the Bulgarian minority in the Constitution of North Macedonia for its veto to be lifted.

Speaking at “The EU meets the Balkans” forum in Sofia on Tuesday, an event organised by the European Liberal Forum, Várhelyi said he could not hide the fact that he was extremely disappointed that this issue (first accession conferences for Albania and North Macedonia) is still on the agenda.

“We thought we had resolved it two years ago, but now it turns out that the issue is on the agenda again”, BTA news agency reports.

“I will always be happy to come to Sofia, as often as necessary, so that a decision can be reached in June this year”, he said.

However, Foreign Minister Teodora Genchovska repeated that the Constitution of North Macedonia needs to be amended to include Bulgarians before the negotiations start.

“First fulfill it, before the negotiations start. That is the condition”, Genchovska said at the Forum, Telma reports.

Olivér Várhelyi also met with the Prime Minister of Bulgaria Kiril Petkov and the President of the country Rumen Radev.

The Council of Ministers of Bulgaria released a statement confirming that Petkov and Várhelyi discussed the latest developments in the dialogue between Bulgaria and North Macedonia.

“The Prime Minister reaffirmed his desire to find a mutually acceptable solution to open political issues, taking into account sensitive topics for Bulgaria. Petkov noted that the intensification of sectoral cooperation between the two countries contributes to building mutual trust and understanding”, the press release reads.

According to the press release by the Presidency of Bulgaria, Rumen Radev said that the country expected active engagement of North Macedonia in resolving the outstanding issues in the relations between the two countries, as well as the sustainable implementation of the Copenhagen criteria for EU membership.

The Commissioner and PM Kovachevski agreed that now is the time to unblock the European integration of North Macedonia, which otherwise may remain an open issue for a long time, and it is not to the benefit of either side, the press release of the Government of North Macedonia reads.

“Prime Minister Kovacevski stressed that he remains committed exclusively to the principles of respect for European values ​​and talks based on respect and dignity, which were agreed with Prime Minister Petkov in establishing dialogue and expects relations on this basis”, the press release reads.

Várhelyi is also scheduled to visit Tirana on Thursday.