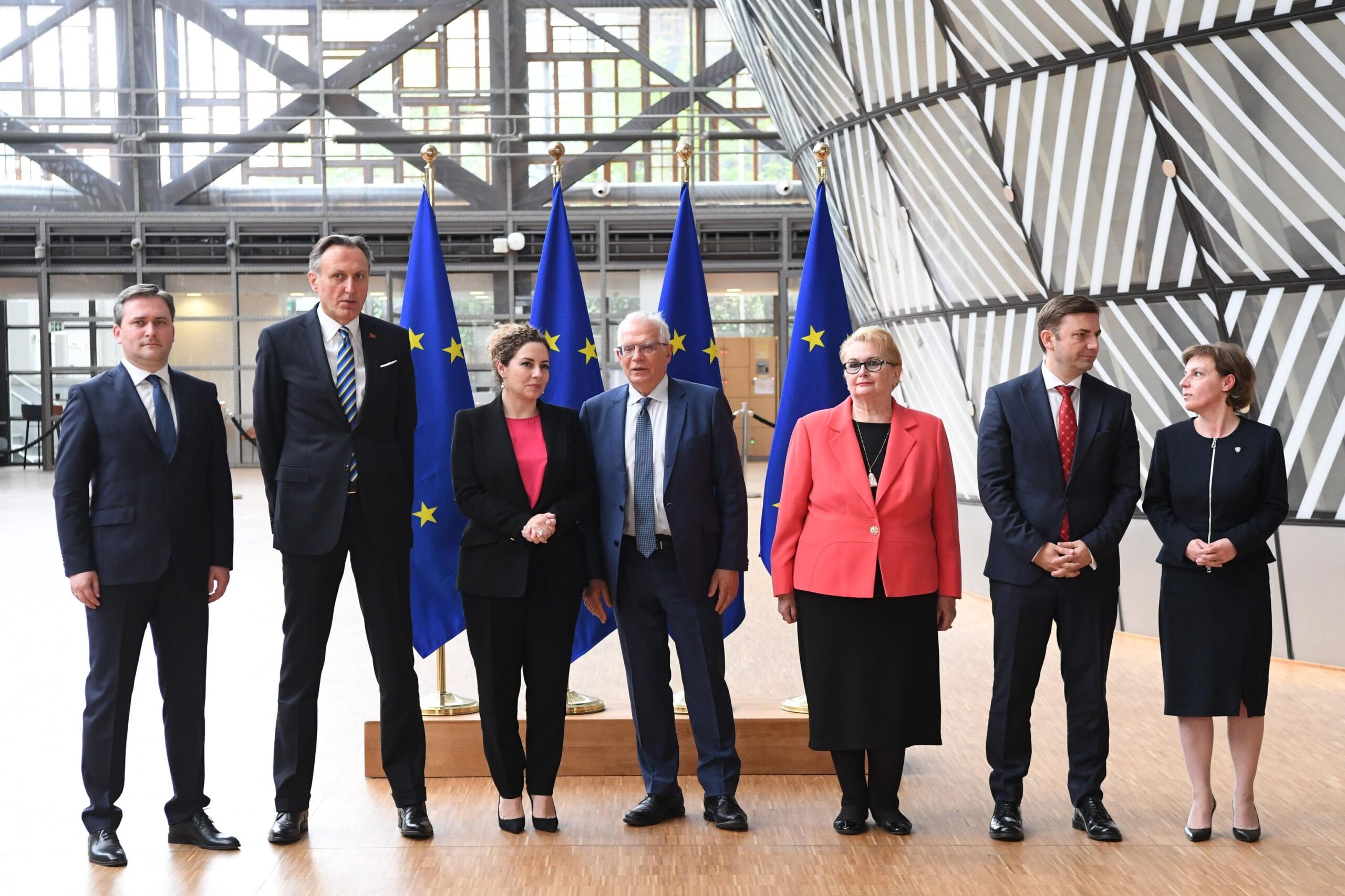 BRUSSELS – The Foreign Affairs Council of the European Union held a strategic discussion on how the EU can help mitigate the impact of the Russian aggression against Ukraine on the Western Balkans on Monday.

Ministers explored possible EU actions to further focus the EU’s political engagement in the region, and considered how to help the Western Balkans partners increase their resilience vis a vis third actors and hybrid threats, the press release reads.

“All our partners feel the direct impact Russia’s war is causing around the world: on energy prices, on food shortages and inflation. We will have to adapt our financial support in line with these new needs, and on these actions we will include our partners in order to mitigate the effects of this coming crisis”, stated Josep Borrell, High Representative for Foreign Affairs and Security Policy”

During a working lunch EU Foreign Affairs Ministers were joined by their counterparts from the six Western Balkans partners, and discussed the future of the region on its path to the European Union.

The Council welcomed the choice of those partners who aligned fully with the EU’s foreign policy and sanctions, and expressed its clear expectation that all partners in the region, especially candidate countries, commit to European values and the European foreign policy.

Ministers also called on Western Balkans partners to think and act more strategically when it comes to their domestic problems, reforms and solving open bilateral issues.

The Council discussed the situation in Bosnia and Herzegovina, and reiterated the EU’s commitment to its EU perspective as a single, united and sovereign country. Rolling back reforms and dismantling state institutions are incompatible with a European perspective and unacceptable.

On the Belgrade-Pristina Dialogue ministers reiterated their expectations about the full respect and implementation of all previous agreements, and a progressive normalisation of the relations between Serbia and Kosovo, the press release concluded.