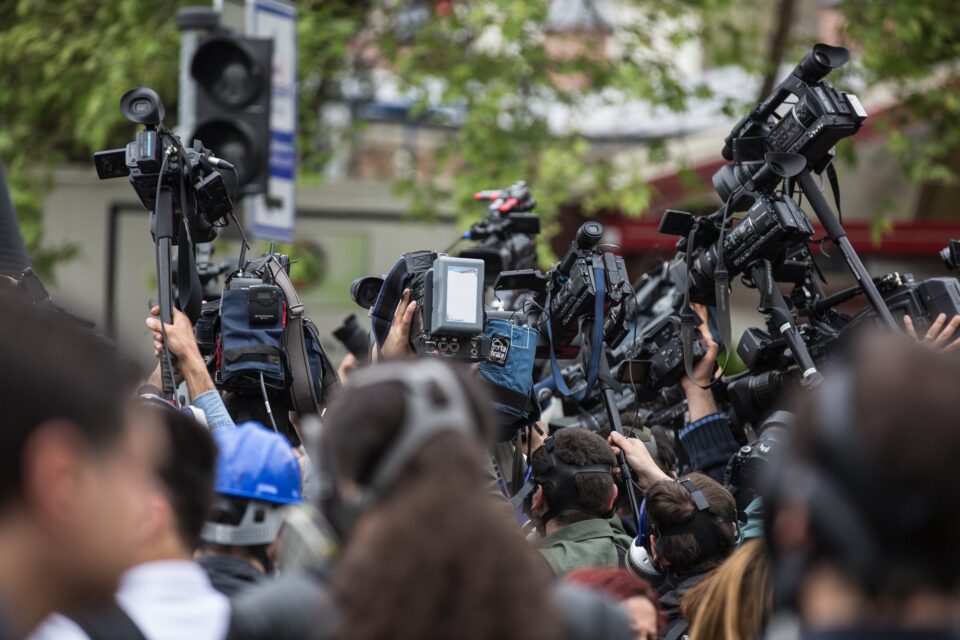 According to the new World Press Freedom Index by Reporters Without Borders (RSF) published recently, North Macedonia and Montenegro achieved slight progress in media freedom, while the Western Balkans scored lower than the previous year.

All Western Balkans are in the category of countries with “problematic” press freedom. The scores the countries achieved are lower than the last year, yet paradoxically their rankings are higher.

However, as RSF warned, “in light of new methodology, care should be taken when comparing the 2022 rankings and scores with those from 2021”.

The new methodology defines press freedom as “the effective possibility for journalists, as individuals and as groups, to select, produce and disseminate news and information in the public interest, independently from political, economic, legal, and social interference, and without threats to their physical and mental safety.

Alice Taylor, news editor at Euractiv, explains that although the methodology changed this year which may lead to better rankings for some countries, we can see the results of several countries, have gotten worse both in terms of score and ranking. For that reason, a closer look at the reports by RSF should be taken.

“I think we have to look at the analysis presented by RSF as well to really understand the issues faced by that particular country. The Western Balkans is a region that struggles with media freedom, particularly as this is influenced by issues with rule of law and the rise of rather authoritarian leaders in certain countries”, she states for European Western Balkans.

According to Taylor, although the region is in poor circumstances, there were improvements which represent a much-needed beacon of hope.

“I was happy to read about journalistic efforts and initiatives to improve the situation in various countries. I also think journalists are more likely to report matters to NGOs now and seek justice, than before. In the case of Albania, I completely agree (with the Index), and I do not see the situation improving in terms of government, political, and oligarchic influence. This is very concerning. But I do have hopes for other regional countries such as Kosovo, North Macedonia, and now Montenegro”, she says.

She adds the fact Western Balkans are all facing the same or very similar issues both in terms of risks media are facing and the things they are reporting indicates the need for better cooperation.

“This, to me, suggests we should be working together more both on our stories and in terms of solidarity and improving the profession from the bottom up. There is a lot of scope for regional cooperation in the region, particularly in journalism, we just need to figure out how to do it. Once we do, we have more power to report, fight back, and improve our profession”, Taylor explains.

Albania – editorial independence and physical integrity of journalists under threat

Compared to the previous year, when it achieved a score of 69.41 and was ranked 83rd, Albania experienced a deterioration in the field of media freedom in 2022. With a score of 56.41, this country is the lowest-ranked in the Western Balkan region.

Besides editorial independence being threatened through very politicized media regulation institutions and public media management, the physical integrity of journalists represents an issue as well, RSF assessed. It is undermined by organized crime, the state’s failure to provide protection and even police violence.

In the matter of support and respect for media autonomy and their role in holding government and politicians accountable, according to RSF, the situation is not good enough. Journalists critical of the government face regular political attacks aiming to discredit them, and they have trouble accessing public information, which is at risk of further restrictions by a recent centralisation of government communication.

Most of the private media are owned by companies that have some links to politicians and while there are hundreds of online media in the country, only a small minority has a sustainable business model with transparent funding, RSF warned.

Compared to its 2021 score, Bosnia and Herzegovina experienced deterioration by achieving a score of 65.64. RSF stated media operate in a relatively favourable legal environment, but an extremely unfavourable political and economic milieu.

Overall, the political environment in BiH is critical to press freedom with politicians regularly attacking journalists and exercising influence over the public media and regulatory bodies. Besides, due to the small size of the market and lack of sustainable funding, the economic environment is not adequate for journalists as well, RSF noted.

RSF stated the legal framework for the operation of the media is largely in line with international standards. Still, the policymaking process has stalled in recent years despite a need to amend existing laws and enact new ones.

When it comes to their safety, as in other Western Balkan countries, journalists and media workers in BiH are most often subject to verbal threats and attacks as well as occasional physical assault, the report states.

Like the rest of the region, Kosovo experienced a deterioration in media freedom by reaching a score lower than the last year when it achieved a score of 69.68.

RSF noted Kosovo has a pluralistic and vivid media market. Yet, the problem represents its small size and strict separation along the ethnic lines that limit its development. In addition, the freedom of media is endangered by poor regulation and dependence on partisan distribution of public funds which threatens the media’s independence.

“Overall, the media are dependent on advertising either from the government or political parties, both of which are distributed in a non-transparent and partisan manner.”

Although the media manage to hold the authorities accountable, as in the rest of the region, journalists are regularly targeted by politicians. “The media regulator, IMC, has been inefficient and recently involved in a corruption affair”, stated RSF.

And while no journalist has been murdered since 2005, “journalists investigating drug trafficking or environmental pollution have been exposed to physical attacks and prevented from reporting by criminal networks. While the attacks are prosecuted by the police and prosecutor’s office, the courts fail to uphold them”, the report reads.

Together with North Macedonia, which recorded a small improvement in media freedom, Montenegro is among Western Balkan countries that increased its score in 2022. This country achieved 66.54 compared to 65.57 in 2021, and as stated, it ranked 63rd.

However, press freedom continues to be threatened by political interference on journalists and economic pressures. Besides, unpunished attacks are still an issue.

“Almost all attacks on journalists that took place over the last year have been resolved, but most of the old cases remain unpunished”, RSF stated, adding that the government that came to power in 2020 promised to deliver progress in resolving past cases, but it has done little in this regard.

With a society deeply divided along ethnic, religious, and political grounds in addition to the authoritarian political culture inherited from the past, in Montenegro, the media are often accused of working for foreign interests and betraying the nation or the church.

North Macedonia in 2022 experienced a slight increase in its results in the freedom of media, compared to the last year.

An important issue in this country represents the lack of citizens’ trust in their sources of information.

“Although journalists do not work in a hostile environment, widespread misinformation and lack of professionalism contribute to society’s declining trust in the media, which exposes independent outlets to threats and attacks”, noted RSF and added there is a big gap between usage and trust since the most-watched TV stations have a low-reliability index.

According to the report, the overall environment remains favourable to press freedom and allows for critical reporting. Yet, transparency of institutions is rather poor and due to strong political polarisation, the media can be subjected to pressure by the authorities, politicians and businessmen.

In the matter of journalists’ safety, RSF noted while 2021 has been relatively calm, they are regularly the targets of verbal attacks, yet the courts tend to uphold freedom of the press and protect journalists.

Serbia is the second worst-ranked country in the Western Balkans, with a score worse than the previous year.

RSF noted Serbia has over 2500 registered media outlets, making its media market is highly fragmented. Yet, as they added media concentration is an emerging concern, with the state-owned Telekom Srbija and private company SBB waging a battle over access, programming, and users.

The report stated Serbia has some of the most advanced legislation regarding the media, with a constitution that guarantees freedom of expression, but also journalists often operate in a restrictive environment.

While efforts have been underway to improve the security of journalists and fight impunity for crimes committed against them – in the form of two working groups and the introduction of an SOS line for media – Serbian journalists are still far from feeling protected. They are threatened by political pressures and impunity of crimes committed against them.

RSF stated society is very politically polarised. In this climate, journalists are regularly subjected to political attacks instigated by members of the ruling elite that are amplified by certain national TV networks. In addition, journalists critical of the ruling party have restricted access to interviews with government representatives and public information.

EWB SCREENING / Miroslav Lajčák: There are no deadlines for reaching an agreement between Serbia and Kosovo