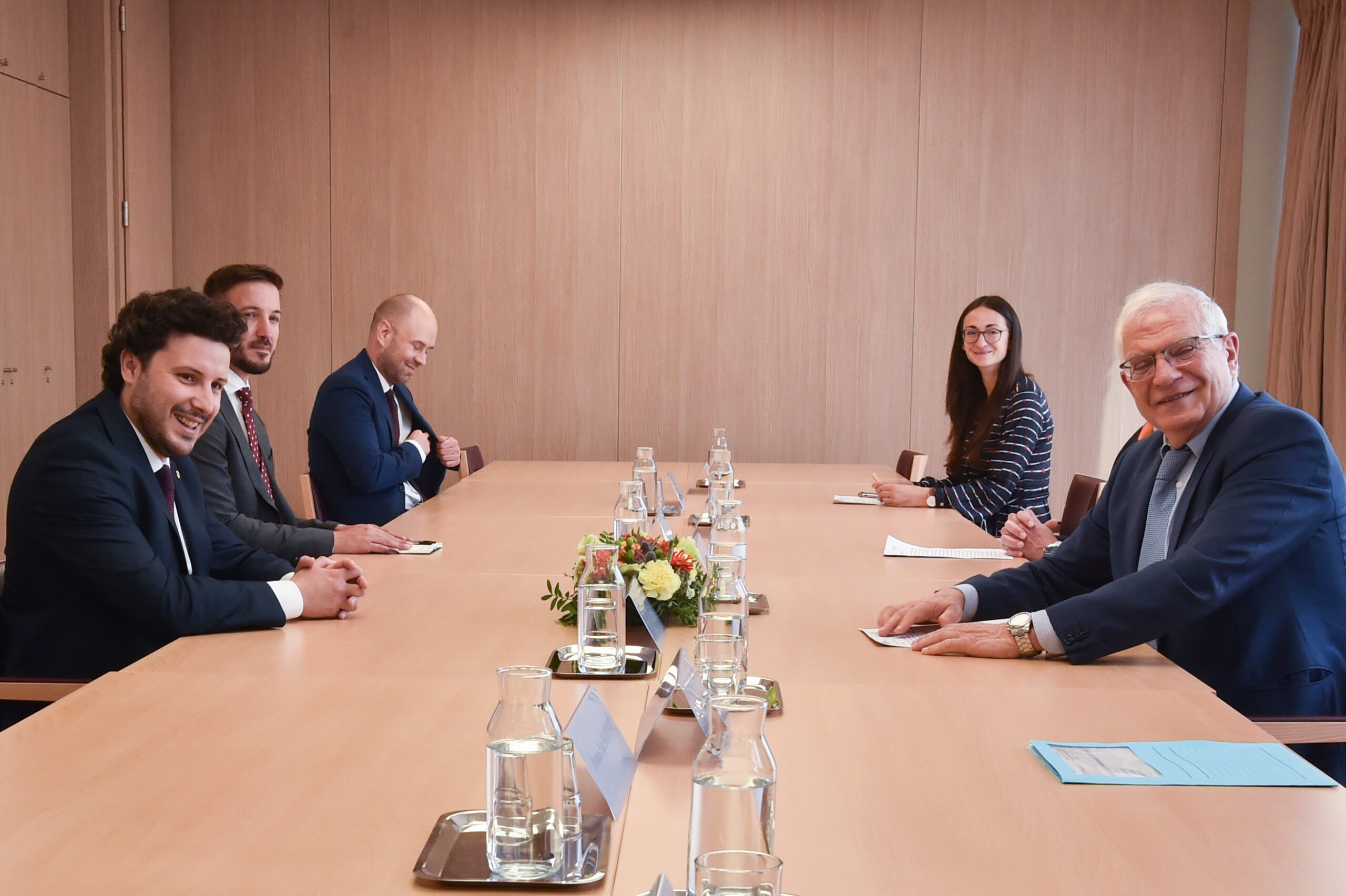 BRUSSELS – Prime Minister of Montenegro Dritan Abazović, together with Deputy PM for Europan Affairs Jovana Marović and Advisor to the PM Đorđe Radulović, visited Brussels this week, meeting with the highest EU officials.  During the meetings, the new PM expressed optimism about receiving closing benchmarks for Chapters 23 and 24 and starting to close negotiating chapters this year.

On Thursday, Abazović met with High Representative of the Union Josep Borrell, who emphasised that Montenegro can make a difference in Europe, stressing that Montenegro has a strong agenda, which is why it can be a successful example of Europeanisation and have the support of the European Commission.

PM Abazović pointed out that it is in Montenegro’s national interest to create strong institutions and better living conditions. He said that he was convinced that reforms and results will lead the country to the closing of negotiation chapters, which Montenegro expects in parallel with the end of the Czech EU presidency in the second half of the year.

Abazović repeated the same message ahead of his meeting with the President of the European Council Charles Michel on 17 May.

“The most important message is that the doors of the EU are open to Montenegro and that we should not miss this opportunity. My appeal to all political subjects is that we should put the national interest of Montenegro front and center and that we should try to take at least one of the most important decisions by 31 July and that Montenegro receives closing benchmarks during the Czech Presidency, which starts on 1 July. That would be an extraordinary, spectacular situation. There is an enthusiasm in the EU for that, you can feel that energy”, Abazović said.

On 18 May, Abazović also met with Commissioner for Neighbourhood and Enlargement Olivér Várhelyi, who pointed out that he was looking forward to cooperating with PM on advancing reforms related to European integration and speeding up negotiations on Montenegro’s accession to the European Union.

On the same day, Abazović met with Catherine De Bolle, Executive Director of Europol. During the meeting, Abazović pointed out that the fight against organized crime and corruption is one of the priorities of the new government and that to that end, Montenegro continues to strengthen cooperation with international institutions.

He concluded that the greatest burden will fall on the institutions of the State Prosecutor’s Office, the Chief Special Prosecutor, and the Police, but that he is convinced that the atmosphere is significantly different and that it can step forward in many segments when it comes to fighting organized crime.

Hoxha, Osmani: Kosovo and Macedonia to be included in enlargement plans