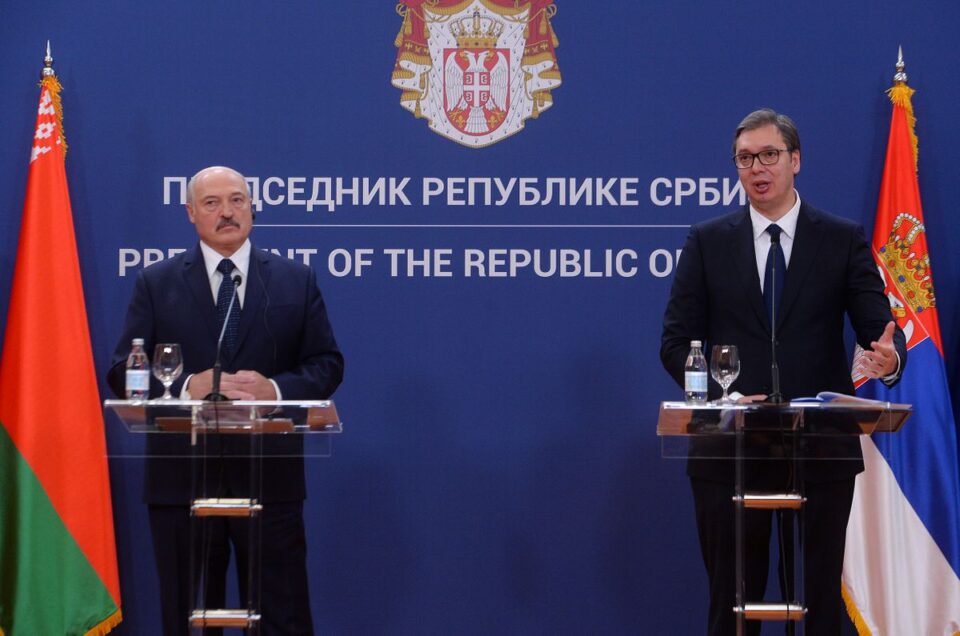 BRUSSELS / BELGRADE – Serbia has aligned with the sanctions imposed by the European Union on Belarus in April due to, as stated in the EU decision, “the situation in Belarus and Belarus’s involvement in the Russian invasion of Ukraine.”

Serbia has aligned with the Decision of the EU Council 2022/579, which was adopted on April 8. Two weeks later, on April 22, it was announced on the Council’s website that Serbia, Albania, Montenegro, North Macedonia, and Bosnia and Herzegovina had aligned with this decision.

As far as it is known, this is the second time that Serbia has aligned with the EU sanctions related to the war in Ukraine. In March, it aligned with the Council Decision extending the duration of restrictive measures against former Ukrainian President Viktor Yanukovych and leading members of Ukraine’s leadership from 2010 to 2014.

The decision made by the Council on April 8 introduces sectoral sanctions on the Belarusian financial and transport system as a reaction to the involvement of Belarus in the Russian aggression against Ukraine, it is stated in the explanation.

The decision expands the EU sanctions against Belarus, which were introduced in 2012 due to the violation of the principles of democracy, rule of law, and human rights in that country. During all these years, Serbia has not consistently aligned with the restrictive measures of the European Union to the regime in Minsk.

According to a study by the International and Security Affairs Centre (ISAC), Serbia consistently complied with EU restrictive measures against Belarus until April 2019, when it did not comply with the EU Council Decision no. 325, which only extended the sanctions. The same thing happened in 2020.

“At first glance, there are no objective reasons why Serbia stopped complying with the measures with which it complied for several years without any problems. During all that time, Serbia has managed to maintain a good relationship with the regime in Minsk, regardless of joining the EU’s restrictive measures,” the study states.

However, after the 2020 presidential election in Belarus and mass protests against election theft, the EU reacted with three foreign policy declarations in August and September, condemning the way the elections were conducted and repressing the citizens and representatives of civil society.

“To the surprise of the international and domestic public, Serbia joined these declarations. However, Serbia did not comply with the amendments to the Council Decision no. 642 on expanding the list of persons and entities under restrictive measures adopted by the Council in October and November 2020”, the ISAC study states.

After the information that Serbia had aligned with the declaration of condemnation of the situation in Belarus reached the public in August 2020, Prime Minister Ana Brnabić said that she hoped that President Alexander Lukashenko “would not mind.”

In 2021, Serbia aligned with a part of the restrictive measures against the Belarusian regime, while with others it did not, according to ISAC.

Dodik voted against recognition of Kosovo, Džaferović and Komšić in favor