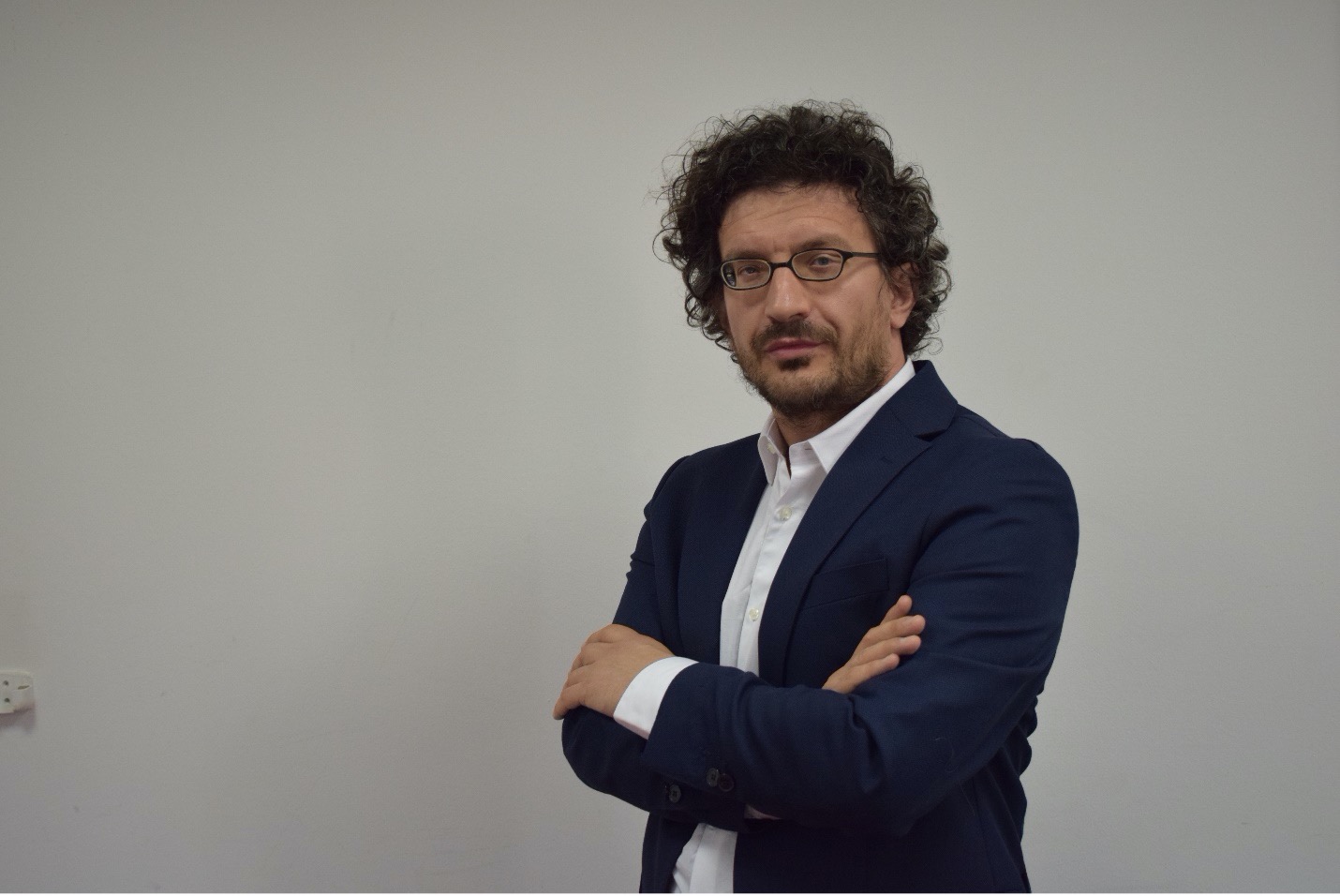 We spoke with Pëllumb Çollaku, Senior Research Associate at Riinvest Institute for Development Research, about what are the biggest challenges for Kosovo on the road to the Council of Europe and what would the membership mean for the fight against corruption and the state of democracy in Kosovo,

European Western Balkans: Despite Kosovo having the required two-thirds majority, many believe the process could take time due to technical criteria for membership. What will Kosovo need to work on in the future to comply with Council of Europe standards? Which areas are most critical now?

Pëllumb Çollaku: Since 2014, Kosovo has been a member of two partial agreements of the Council of Europe (CoE), on the CoE Development Bank and the Venice Commission. Recently, the Ministry of Foreign Affairs of Kosovo submitted an application for membership in this international organisation after the suspension of the Russian Federation. Kosovo’s admission prospects at glance seem positive since more than two-thirds of the CoE’s member states recognize Kosovo’s independence, indicating that, in principle, it could secure the necessary admission votes.

Nevertheless, there are specific challenges that Kosovo may face on its membership path due to lots of technically complex admission procedures within the CoE Committee of Ministers and the composition of the members of the Parliamentary Assembly of the CoE (PACE). The Committee of Ministers which convened last week in Torino (Italy) did not include in the agenda the discussion on Kosovo’s membership application. It means that more diplomatic engagement is needed to push forward for including the case on the agenda.

The good news is that Kosovo’s Constitution not only respects human rights and freedoms but in many cases positively discriminates toward non-majority communities acknowledged by the Constitution. The country’s governing structure points to a clear division of powers into the legislative, executive, and judicial powers ensuring a well-functioning democratic system of governance.

Fundamental human rights and freedoms by Constitution are indivisible, inalienable, and inviolable, and are the basis of the legal order for all of the citizens including minority communities recognized by the Constitution such as Serbs, Bosniaks, Roma, Ashkali, Egyptian, Gorani, and Turkish communities.

However, Kosovo has problems, and an important area is a judicial system that is loaded with the high citizens’ court cases, where the number of unresolved cases reached over 220, 000 cases by the end of 2021. As the criteria are broad, they may vary and include also requirements such as the ability to exercise its jurisdiction over its entire territory, and the results of the EU-facilitated normalization dialogue between Kosovo and Serbia. If this is the case, and knowing the current dialogue dynamic, the membership status looks like a long process if the priority will not be given to solving these issues.

Keep in mind that these criteria are general. It is important to notice that after the discussion on membership takes place in the Committee of Ministers, the PACE will appoint a rapporteur to conduct a fact-finding mission to examine the country’s situation and create a specific list of membership requirements accordingly. Such requirements encompass issues related but not limited to human rights and rule of law; they might well include the adoption of specific mechanisms, laws, and treaties, undertaking specific actions, and particular policies.

EWB: Are there any anti-corruption standards that Kosovo would have to meet in order to meet the membership criteria?

PÇ: The tricky thing is that technically speaking, the corruption in a country is difficult to measure in practice. When measuring countries’ corruption levels, the focus in practice is on the perception of corruption, which is a proxy of corruption based on public opinion surveys, e.g. the notorious Corruption Perception Index of Transparency International.

During the last couple of years, Kosovo’s ranking has stalled with minor improvement in 2021. Such progress is evident, and to be expected also in the following year. This is a result of the engagement of the new government to improve the justice system since it promised to prioritize the fight against corruption. Several cases of corruption and bribery at the institutional level were tackled. In addition, actions organized to tackle the challenging issues like corruption of public officials, organized crime, and the government efforts to start a vetting process in the judiciary system, as an objective to improve the rule of law are to be applauded by the CoE.

Moreover, the US State Department in its Human Rights Report 2021 for Kosovo applauded steps of identifying, investigating, prosecuting, and punishing officials who committed human rights violations. The thing which is essential here, which is also highlighted by the report is the need for more consistency in such actions.

EWB:  What are the advantages in the field of fighting corruption if Kosovo becomes a member of the Council of Europe? What would that mean for the fight against corruption?

PÇ: We know from antiquity that corruption threatens the rule of law, democracy, and human rights, having also major negative impacts on competition, and economic development endangering the moral foundations of society. The approach of the CoE in the fight against corruption has always been multidisciplinary and consists of three interrelated elements: the setting of European norms and standards, monitoring of compliance with the standards, and capacity building offered to individual countries and regions, through technical cooperation programmes.

The Council of Europe has developed many multifaceted legal instruments dealing with matters such as the criminalization of corruption in the public and private sectors, liability, and compensation for damage caused by corruption, the conduct of public officials, and the financing of political parties. These instruments are aimed at improving the capacity of States to fight corruption domestically as well as at the international level.

The monitoring of compliance with these standards is entrusted to the Group of States against Corruption, GRECO from which Kosovo would have benefitted enormously. It is not the legal framework that is lacking, because it is designed according to European Union standards, but it is the implementation process that is stalling, and in this respect, the CoE practices and support would’ve been pivotal.

In the past, PACE has issued reports for Kosovo requiring improvements among others on political interference in the work of the judiciary, the legislature, the media, and other regulatory institutions, corruption, organized crime, and integration of the Roma population. However, besides such recommendations, there was no support with tools and other instruments that member states of the CoE benefit from. Such provisions would have been of immense importance to the government of Kosovo in tackling challenges in the fight against corruption.

EWB: What obstacles has Kosovo faced in the fight against corruption over the years due to the fact that it is not part of the Council of Europe, the largest human rights organization on the European continent?

PÇ: Indeed, corruptive practices are spread both at the local and national levels. The regular occurrence of such practices has affected the government and administration performance. There is a continuing division where some areas are more vulnerable than others.

Public procurement remains the Achilles heel. Although there is a continuous effort and interest there is still to be done, and the problem rests in implementation. Recently, the appointment of the Head of Procurement Review Body is still on hold and the institution cannot function, thus, creating strange dynamics in public procurement, with certain ministries signing one-source tenders harming the competition of the free market. This leaves us with an impression that there has never been an interest in a genuine fight against corruption. It is still to be seen if the incumbent government will stick to its electoral promises in mobilizing its institutional capacities and face such daunting challenges.

In this respect, membership in the CoE would have proven pivotal since it would’ve helped to improve the capacities to fight corruption by monitoring regularly their compliance with CoE anti-corruption standards through a dynamic process of mutual evaluation and peer pressure. Thus, helping to identify deficiencies in national anti-corruption policies, prompting the necessary legislative, institutional, and more importantly practical reforms through sharing of best practices in the prevention and detection of corruption.

This interview was published as part of the project “Civil society for good governance and anti-corruption in southeast Europe: Capacity building for monitoring, advocacy and awareness-raising (SELDI)” funded by the European Union.

WB2EU discussion: The EU has a huge responsibility in the Western Balkans

Without a clear commitment of Member States to enlargement, EC reports lose...

[EWB Interview] Cvijić: Being against Prespa Agreement means being against EU integration

Caught in a vicious circle: how corrosive capital perpetuates state capture in...