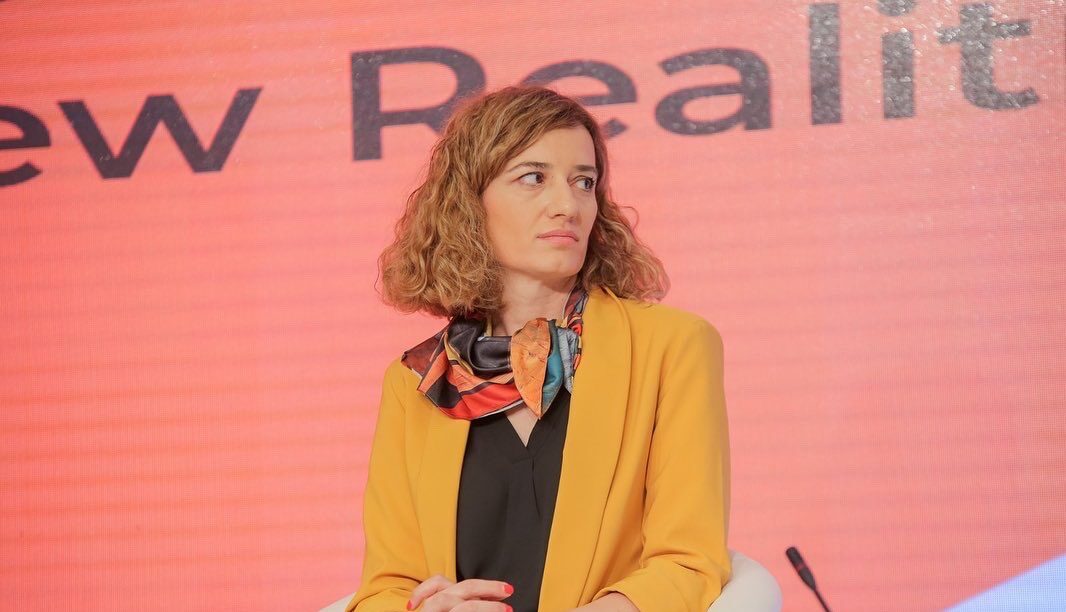 [EWB Interview] Marović: The key preconditions for Montenegro to become the next EU member state are there

The Government of Dritan Abazović came to power a little over a month ago in Montenegro, promising to unblock and accelerate the country’s stalled EU accession process. Montenegro has long been a frontrunner candidate country, unburdened by serious bilateral disputes with neighbors and fully aligned with EU foreign policy. This leaves internal reforms, especially the rule of law and the fight against organised crime and corruption, as the “only” serious obstacles to meeting the necessary accession criteria. The new government is expected to demonstrate that its minority status, and especially the fact that it is supported by the formerly ruling DPS, will not prevent it to seriously tackle this issue.

Jovana Marović has spent her entire career focusing on the EU integration of Montenegro, mostly as a member of the civil society. Now, as a Deputy Prime Minister and Minister of European Affairs, she has the opportunity to tackle these issues directly. We spoke to her about her priorities and expectations after taking office.

European Western Balkans: In the program of the new Government, Prime Minister Dritan Abazović stated that Montenegro should accelerate the implementation of reforms necessary for EU membership and that he believed that the country could join the EU soon. Are there any signals from Brussels that the accession process of Montenegro could indeed accelerate in the near future?

Jovana Marović: During our recent visit to Brussels, the Prime Minister and myself conveyed our determination to accelerate the reforms as well as our pace towards EU membership, for which we received full support. The EU welcomes the results Montenegro has made so far but points out that there has been no progress since the last year’s report.

EU officials expressed their full support to the Montenegrin Government in becoming as efficient as possible in finalizing the reforms and addressing the shortcomings identified in the EC reports, especially those in the rule of law area referring to insufficient progress in judicial reform and the fight against corruption and limited progress in the area of media freedom.

In this regard, they welcomed the Government’s determination to focus on meeting the interim benchmarks and obtaining the closing benchmarks for Chapters 23 and 24 and appraised the first steps we have taken in this area at the very beginning of this Government’s mandate.

Also, our European partners welcomed the intention of the Government to make every effort to strengthen the political dialogue in order to achieve progress in key reforms and implement the EU agenda.

So, the key preconditions – the Government’s determination to speed up the reforms and the strong EU support – are there. It is now up to us, through dialogue and cooperation with other branches of power and civil society, to show results in the field and ensure that Montenegro becomes the next member of the EU.

EWB: One of the major goals of the new Government is the fight against corruption. Many are having doubts about how realistic this is, given the fact that the government depends on the support of the Democratic Party of Socialists. Do you think that it is possible for the government to achieve significant results in rooting out corruption in these circumstances?

JM: The new Government has shown its determination to fight corruption and organised crime in the first days of its mandate. What makes me happy is that the wave of positive changes and a strong European course has been spreading and is felt in the work of all institutions and branches of power.

In order for all institutions of the system to work well and efficiently and achieve results in this field, we, as the Government, will primarily strive to give our best in drafting the legal provisions to pass them to the Parliament. Hopefully, all the political parties will be our reliable partners and continue to play a constructive role.

EWB: The Government, as we have heard, might only last a year. What is realistic to achieve in this timeframe in terms of meeting the interim benchmarks in Chapters 23 and 24, without which no other Chapters can be provisionally closed? Can Montenegro receive the closing benchmarks for these Chapters by next year?

JM: The Government is ready to complete all commitments in Chapters 23 and 24 and to get the closing benchmarks by the end of this year. In this regard, we will continue to work on improving the legislative framework influencing the work of the judiciary, through amendments to the Law on the Judicial Council and Judges, in order to enable a more transparent and efficient election of the President of the Supreme Court compared to existing solutions.

As regards the fight against corruption, we are working to improve the Law on Confiscation of Proceeds from Crime and Property of Illegal Origin, which is of high importance in the fight against corruption and organised crime. Also, drafting of amendments to the Criminal Procedure Code is underway, with the support of the European Commission and the Council of Europe, with a view to creating the conditions for limited use of the plea agreements.

I believe that reformed and strengthened institutions can deliver the necessary results in a short period of time and that we will receive a better assessment in the EC report in the autumn.

EWB: Which other areas, in addition to the rule of law, do you expect to be the most challenging in terms of the implementation of reforms?

JM: Each chapter is important from the aspect of its significance for society and citizens.

However, when we talk about their complexity, I would certainly single out Chapter 27 – Environment, which, in addition to being demanding when it comes to obligations, also requires significant financial resources.

Within this Chapter, in the coming period, we will work on the effective implementation of the Action Plan for meeting the closing benchmarks, especially in the areas of waste management, water quality, and nature protection.

Also, we expect the adoption of the Law on Waste Management, which has been postponed several times, as well as of the National Waste Management Plan in Montenegro for the period 2023-2028.

We will also take measures to preserve and improve the ecological value of protected areas and potential Natura 2000 sites, and continue to work on strengthening administrative capacities at all levels, especially inspections, with continuous further alignment with the EU acquis in this area.

EWB: The Government program also mentions the “appraisal of the regional initiatives in the context of the key goal – faster EU membership of Montenegro”. The previous government did not join the Open Balkan initiative, which caused certain tensions between Montenegro and Serbia. Is this government holding the same position?

Of course, we, as a responsible Government, will carefully consider all aspects and consequences and, on that basis, will make a decision that will be in the best interests of the citizens and the state of Montenegro. The Open Balkans can reach its full potential only if all six states of the Western Balkans participate in it and if all four freedoms are guaranteed.

EWB: The negotiating structure for the EU accession process is about to change, with the Ministry of European Affairs taking over the duties of the Chief Negotiator. Which other changes can be expected and how will they contribute to the efficiency of the process?

JM: Changes in the negotiating structure will, above all, be aimed at simplifying it and adjusting it to the new accession methodology. We do not have time for radical changes. However, through the analysis of the state of play, achieved results, and forthcoming needs and obligations, we want to make this structure and coordination system less bureaucratic and cumbersome and enable faster and more efficient work on our EU agenda. Certainly, all elements of the negotiating structure that have functioned well in the previous period will continue to operate, with the strengthening and additional involvement of civil society experts who can contribute with their expertise and rich experience in specific areas.

EWB: The Government has also pledged to closely cooperate with the civil society. As a person with significant experience in this area, how would you assess the ways in which previous governments pursued this cooperation and what would you like to change?

JM: Previous governments have been open to cooperation with the civil sector only declaratively. Although civil society has been involved in the work of the negotiating groups since the very beginning of the accession negotiations, I can say from my personal experience that there was no necessary trust developed nor teamwork established, which is necessary for the success of this process.

We have many experts in the civil society who possess valuable knowledge and experience in many areas and can significantly contribute to implementation of particular policies in a better way. That is why we will additionally open the process for all those who want and can contribute to Montenegro fulfilling all its obligations as quickly and better as possible and becoming the next EU member state.

[EWB Interview] Bugajski: EU can become ineffective in the WB without US leadership