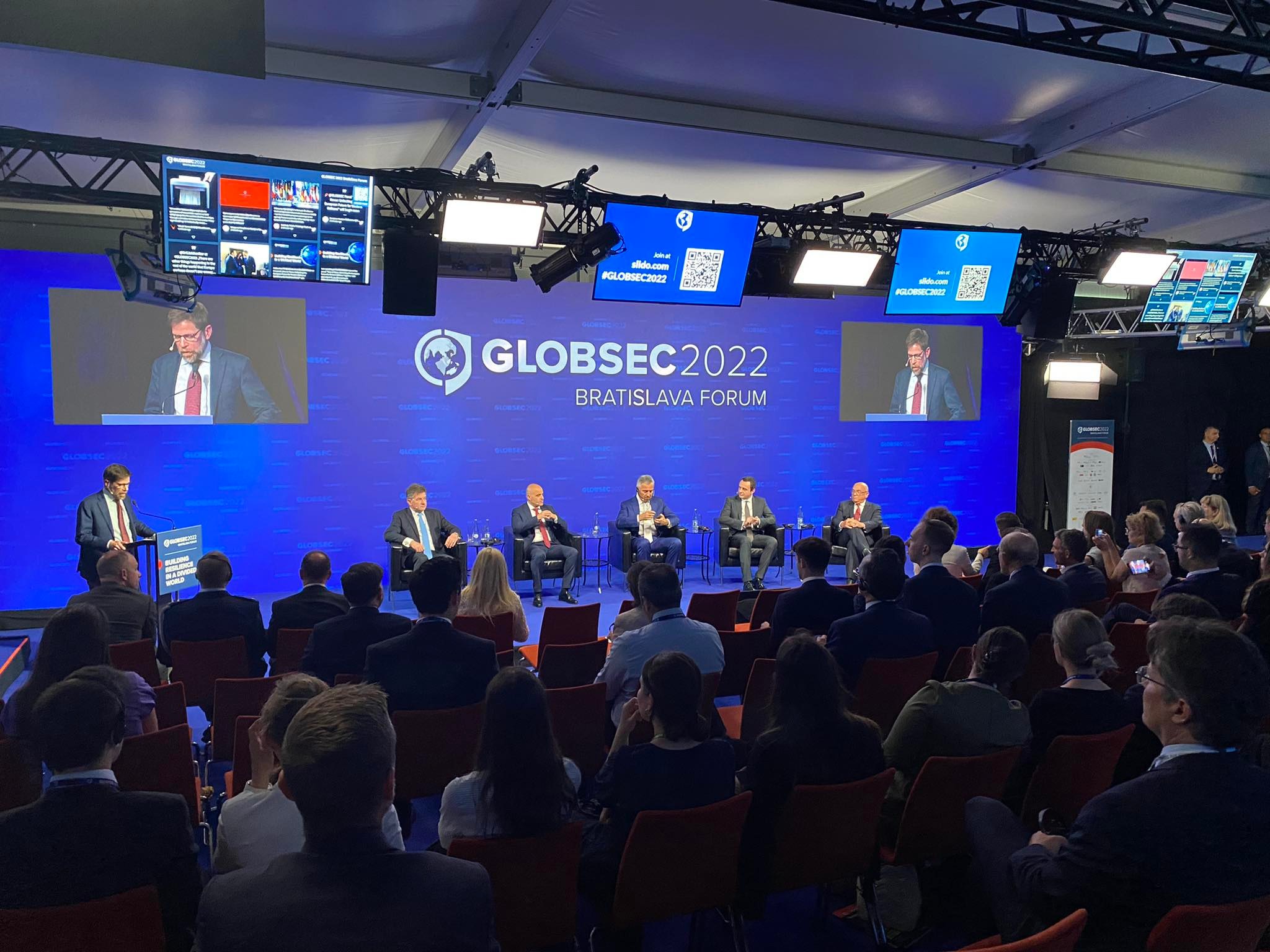 BRATISLAVA – After a long period, there is an awareness in Brussels, caused by the war in Ukraine, that the Western Balkans should not be left in limbo. It remains to be seen whether this will be translated into specific actions, said EU Special Representative for the Belgrade-Pristina Dialogue and other Western Balkan regional issues Miroslav Lajčák today at the GLOBSEC 2022 panel.

Speaking at a panel titled “Now or Never: Unlocking the European Future for Western Balkans”, Lajčák stated that the developments in the last five years in terms of enlargement had not been positive.

“There has been a decreased commitment of the EU towards the Western Balkans, maybe even lack of consensus and the impression that the region is in a safe place. EU is losing popularity and credibility in the Balkans rapidly”, Lajčák said.

He added, however, that Russia’s war on Ukraine is a dramatic change and that, with all the tragedy, it is a bit of positive news for the Balkans.

“There is understanding that we do not have the luxury to leave the region in limbo”, he said.

Lajčák also added that the atmosphere in Brussels had changed completely.

“Two years ago, there was a sense of complacency, now there is the awareness that there is no time to wait. The problem is how to turn goodwill into a quality”, the Special Representative said.

“If you take five last reports about our progress, they are all positive. The problem is that one country can block the progress of a candidate country, which happens in the case of North Macedonia, and this happens on a purely political basis”, he said.

On the other hand, Kovachevski added, there is a geopolitical momentum.

President of Montenegro Milo Đukanović said that, objectively speaking, Montenegro was the most advanced country in the negotiations and that it could be among the first ones that can enter the EU when it is ready to accept new members. He believes that, by 2024, Montenegro will be able to say that it is ready on the internal level and wait for the assessment of the EU.

“Unfortunately, we have found ourselves in a situation where we had a balance of powerlessness, with EU and WB accusing each other of the lack of progress”, Đukanović said.

He added that the Russian attack on Ukraine is a result of the lack of attention of the EU and that, today, Russia is using much more brutal tools, but it has the same goal in Ukraine as it had in Montenegro – to prevent it to enter NATO.

“We need a one-voice message from the EU, not an original message: Every country in the WB has its place in the EU, and it can take its place when it is ready. Some things we have been hearing in the last 10 days is concerning and leading to a situation when we can hear different messages in the WB from different addresses in the EU. WB needs a clear message, but if we keep seeing various diverse messages, it will only contribute to the confusion in the WB and distrust towards the EU, which is a fertile ground for third influences”, Đukanović said.

Prime Minister of Kosovo Albin Kurti commented on the normalization process with Serbia, adding that a principled Dialogue, centered on mutual recognition, is needed.

“Serbia says it will never recognize us and it is not admitting its past war crimes. The core problem: denial of the crimes of the past, it hurts us even more than non-recognition”, Kurti said.

Kurti and Đukanović voice their concerns over the Western Balkans

The leaders of Kosovo and Montenegro were also asked about the fact that their countries have not yet joined the Open Balkan initiative, of which Albania, North Macedonia and Serbia were members.

Kurti said that Kosovo was very much supportive of the “Berlin Process 2.0”, which received a new fresh kick-start by Chancellor Scholz.

“We support initiatives with EU values inside and I must say that neither as political orientation nor cultural sensitivity I am among those leaders that believe in Balkan self-sufficiency”, he said.

Milo Đukanović acknowledged that there are different opinions in Montenegro about the initiative, alluding to the support of the initiative by Prime Minister Dritan Abazović. However, he said that he personally supported the Berlin Process.

“Berlin Process includes an economic framework, Common Regional Market, that is really based on the European standards”, Đukanović said, adding that the same cannot be said for the Open Balkans.

“Why should we double the initiative? Instead of that, we should use the already existing ones”, the President of Montenegro said.

He added that, in his opinion, Open Balkan started when some of the leaders were disappointed by the effectiveness of the enlargement process.

“When they realized that their future in the EU is uncertain, they started developing a parallel initiative as a kind of a backup for the countries of the Western Balkans which will not have, in their view, European prospects. That is something I do not agree with”, Đukanović said.