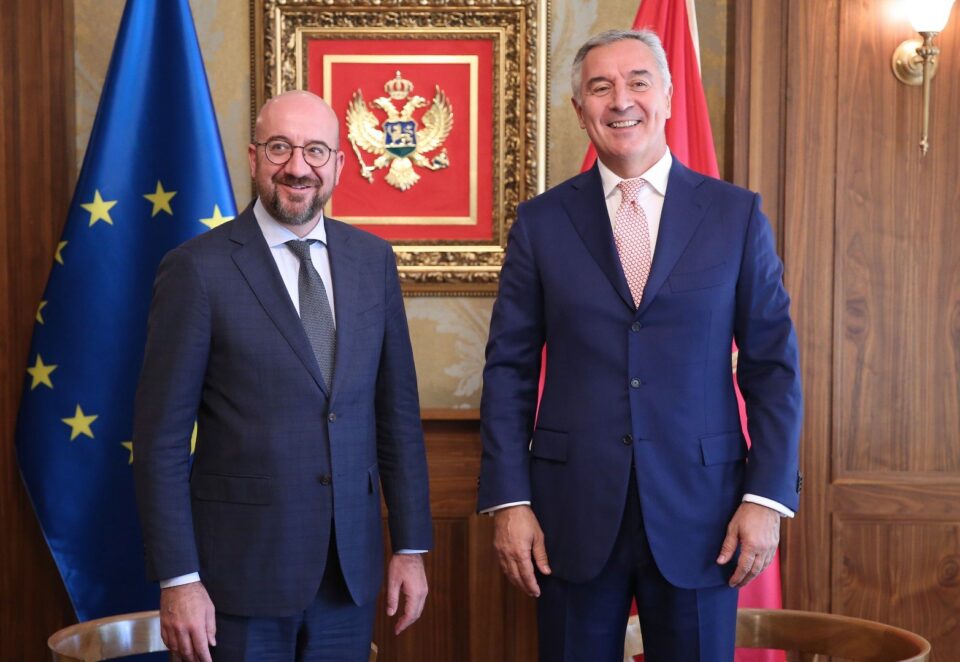 PODGORICA – The Western Balkans is, more than ever, a strategic priority for the European Union, said the President of the European Council, Charles Michel, during his visit to Podgorica. At the press conference, after a meeting with Montenegrin President Milo Đukanović, Michel assessed that the EU acted unitedly from the beginning to support Ukraine and sanction Russia.

“With all six packages of sanctions agreed, we continue to put pressure on the Russian economy. Thank you for complying with EU sanctions against Russia”, said European Council President, adding that Montenegro is 100% in line with the EU foreign and security policy.

Michel answered the question of how realistic it is for Montenegro to become the next EU member state, “there is a lot of progress in Montenegro”.

“I confidently believe that progress will be made in the coming weeks. It is important to show that, if reforms are implemented, it can be a great signal for the EU and the Western Balkans”, Michel said.

President of Montenegro Milo Đukanović said that the conversation with Michel was an opportunity to point out that the previous two years’ events have proved that it is a functional parliamentary democracy.

“I reiterated that the stability of the Western Balkans is equal to integration. Unfortunately, we have stated that there has been a slowdown in Montenegro in the integration process”, Đukanović said.

Abazović: We have achieved many results in a short period

After the meeting with Michel, the Prime Minister of Dritan Abazović said that Montenegro, as a leader in the European integration process, has delivered impressive results briefly.

“We are leading Montenegro to European Union”, wrote Abazović on Twitter.

He pointed out that the positive signals from Brussels and the member states confirm that Montenegro has maintained its leading position in European integration.

“It is clear that the turning point is just happening and will not last long. We expect that all relevant actors in Montenegro will understand the importance of the moment and use the months ahead so that the Progress Report in October can state that Montenegro has made significant progress”, said Abazović, Vijesti reported.