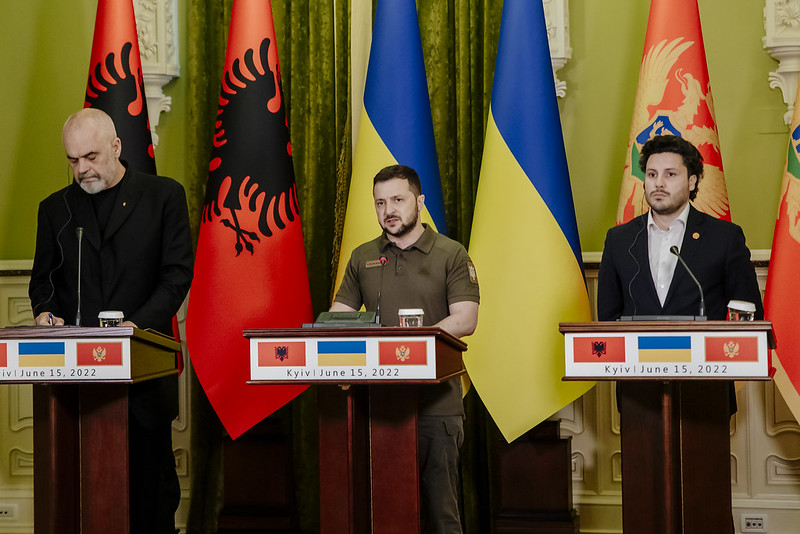 During the meeting, the Prime Minister of North Macedonia, Dimitar Kovačevski, joined via video link.

“The prime ministers of the three Western Balkan countries and the president of Ukraine issued a joint statement expressing strong support for Ukraine’s status as a candidate for membership in the European Union”, Radio Free Europe (RFE) reported.

At a joint conference, the prime ministers of Albania and Montenegro said they were ready to support Ukraine both militarily and financially.

Montenegrin Prime Minister Dritan Abazovic said it was a moral obligation to be in Kyiv and give strong support to the Ukrainian people.

“You are not fighting only for your territory, but for the principles and the possibility of choosing a way of life,” said Abazovic, emphasizing his support for Ukraine to become part of the European Union at some point.

“Our countries are not competing with each other on the European path”, declared Zelenski and thanked Rama and Abazović for visiting Kyiv.

Despite its weaknesses, the vetting process remains the reform of paramount importance in Albania