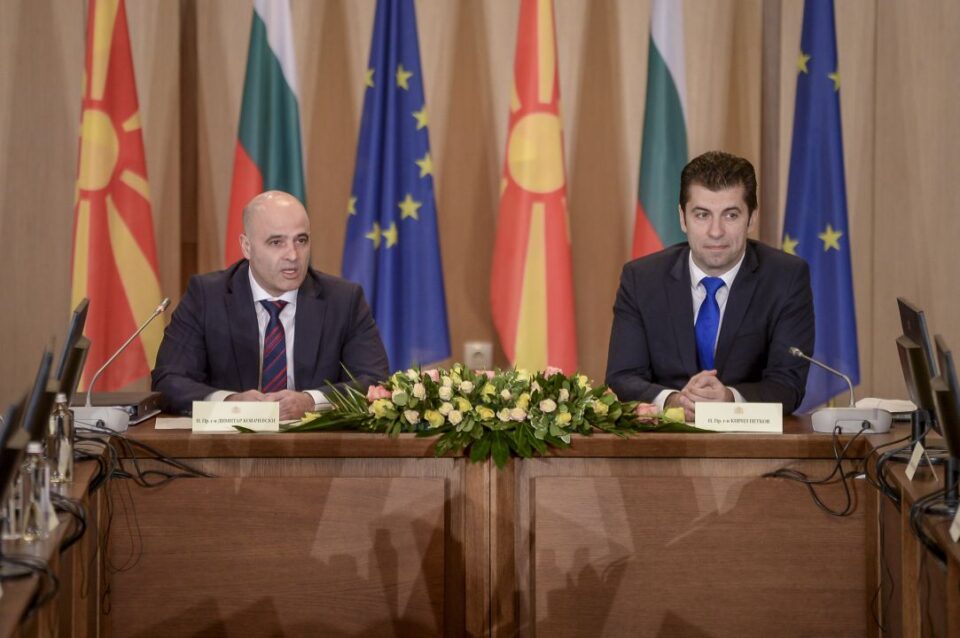 Following today’s meeting of the EU General Affairs Council, it is still unclear whether an intergovernmental conference with North Macedonia and Albania will be held in June. At a press conference after the meeting, it was confirmed that the leaders discussed the possibility of opening negotiations for Skopje and Tirana and that France, which holds the Presidency of the Council, has made great efforts to overcome Bulgaria’s veto. However, no guarantees were given.

EU leaders will try to lift the veto until the last day of the French presidency, but the complex political situation in Sofia further complicates the decision, said Clément Beaune, Secretary of State for European Affairs of France.

Meanwhile, the leaders of North Macedonia, Albania, and Serbia, members of the Open Balkan initiative, discussed whether they would appear at a meeting with EU leaders in Brussels on 23 June. They will announce their decision tomorrow. Prime Minister of Albania, Edi Rama, subsequently assessed on Twitter that Bulgaria has “kidnapped the EU”.

“It seems that another ‘No, sorry!’ is going to be what we will hear at the end! The whole Union kidnapped by Bulgaria it is not a good spectacle to watch”, Rama wrote.

Two days before the General Affairs Council meeting, President Rumen Radev commented on a proposal by the French Council Presidency, which stipulated that the bilateral issues should be dealt with over the course of the negotiation process, with the EU as a guarantor that Skopje will meet the conditions set down by Bulgaria.

“Let the Council of Ministers (of Bulgaria) and the National Assembly decide expertly whether a bilateral protocol with Skopje sufficiently defends the Bulgarian interest because this protocol must become part of the negotiating framework and from now on build all relations on its basis”, said Radev, Euractiv reported.

Earlier this month, Prime Minister Kiril Petkov stated that Bulgaria will lift the veto on opening negotiations with North Macedonia if Skopje fulfills the three conditions that Sofia insists on.

“I want to make it clear that Bulgaria has three requirements for progress on the topic of North Macedonia. First: compliance with the framework position adopted by the Bulgarian parliament. Second is the inclusion of Bulgarians in the constitution of North Macedonia so that rights can be protected. Third, to implement the Neighbourhood Agreement. We are now working together to see if the EU can be a guarantor of the fulfillment of the three conditions”, Petkov said, Euractiv reported.

Bulgaria’s potential decision to abandon the veto has been further complicated by the new political crisis in Sofia after Slavi Trifonov, leader of the populistic “There’s Such a People” party, left the governing coalition and alleged that the Prime Minister plans to lift Bulgaria’s veto on North Macedonia.

“We don’t have any place in this coalition for two reasons: North Macedonia and the fact there’s no money left in this country. The Prime Minister is leading a political line of his own, different from the one in the coalition agreement”, said Trifonov.

He added that Petkov and his foreign policy advisor Vessela Tcherneva have begun “clandestine talks with the EU over finally lifting the ban on Skopje”, bypassing Foreign Minister Theodora Genchovska from the “There’s Such a People” party.

Maria Simeonova, programme coordinator for the European Council for Foreign Relation’s Sofia office, explains to European Western Balkans that the bilateral relations between Bulgaria and North Macedonia have been misused for domestic messaging of populist politicians in Bulgaria.

“Overcoming the differences will require major efforts by the constructive policymakers and the societies. There needs to be a bottom-up push to offset the detrimental talking, and more voice should be given to the positive signals and examples so that the people-to-people relations do not suffer from the deadlock”, says Simeonova.

According to Simeonova, the bilateral dispute between Bulgaria and North Macedonia was at the centre of the political turmoil in Sofia. It was used conveniently by the opposition and the party “There is Such a People” to attack Prime Minister Petkov and eventually set up a vote of no confidence in the government.

“Nevertheless, with reformist politicians in office, the issue can be addressed constructively, so the potential for the populist parties to use the North Macedonia card to score domestic political points is gradually being exhausted”, assess Simeonova.

Has there been progress in bilateral relations?

For two years, Bulgaria has been blocking the start of North Macedonia’s accession talks with the European Union. The previous government, led by Prime Minister Boyko Borissov, demanded that Northern Macedonia accept that the Macedonian nation and the Macedonian language are of Bulgarian origin and character. Almost all foreign historians consider this request absurd. Skopje rejects the request, saying it violates European principles and people’s right to self-determination.

The new Bulgarian government is also asking Skopje to reach a compromise. But, unlike Borissov, his successor Kiril Petkov tried to change the tone.

“I am very optimistic about the new dynamics of our relations, and I assure you that the results will be visible every new week,” he said during his visit to Skopje earlier this year.

Petkov assessed in April that significant progress had been made in negotiations with North Macedonia on a two-country dispute, adding that “success comes when both countries show desire and cooperate”.

However, a new problem occurred due to the census in North Macedonia, roughly 3,500 people declared themselves as Bulgarian. At the same time, Sofia claims that over 120,000 citizens of North Macedonia possess the Bulgarian passport, and tens of thousands more are waiting to get them. Skopje says dual citizenship is only the result of the desire of Macedonians to become EU citizens, while for Sofija, it is proof of their Bulgarian origin.

Maria Simeonova states that the past six months witnessed significant progress in the bilateral relations between Bulgaria and North Macedonia.

“Steps were taken to deliver on the Treaty of Friendship, Good Neighbourliness and Cooperation, concluded in 2017, and to boost the process of finding solutions to the pending issues. This progress laid the ground for more constructive bilateral relations, which nevertheless often fell victim to the negative nationalistic narratives in both countries”, says Simeonova.

She concludes that currently, overcoming bilateral disputes depends on internal political developments. In the context of the war in Ukraine and the membership applications of Ukraine, Moldova, and Georgia, failing to open negotiation talks with North Macedonia and Albania will signal the whole region negatively.

The EU pressured Bulgaria to give up its veto and enable the start of accession negotiations with Skopje and Tirana, whose European path is connected. Some EU Member States, such as the Netherlands, favour opening negotiations with Northern Macedonia and Albania, although they blocked it in 2019. However, many believe a miracle should happen for Bulgaria to give the green light to Skopje and Tirana amidst a political crisis in Sofia.