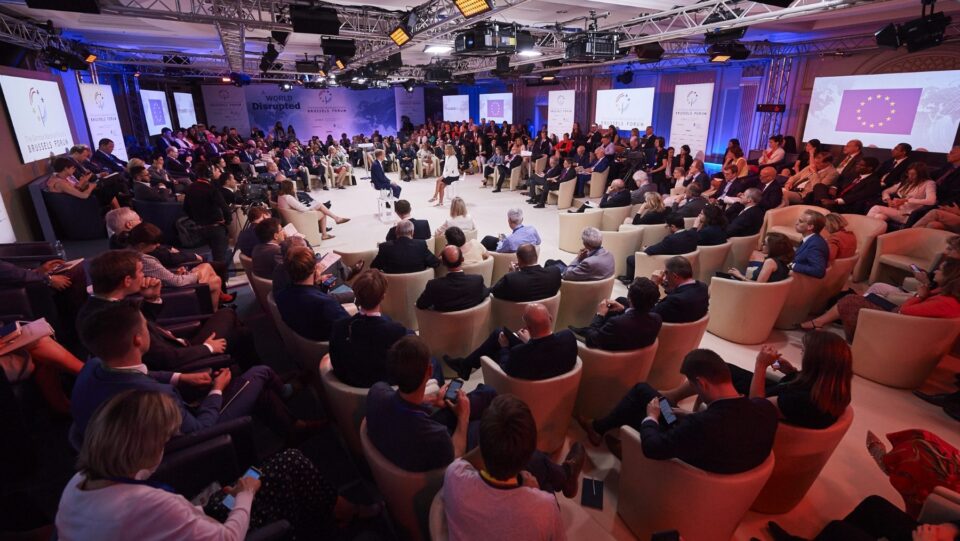 BRUSSELS – The 17th annual Brussels Forum, the signature conference of the German Marshall Fund of the United States (GMF), will take place from 27 to 29 June 2022. While this year will feature the return of in-person events after two years of the pandemic, most of the panels will also be streamed online.

The Forum will be opened by the President of the GMF Heather A. Conley. The first day of the conference will include the conversation with the President of the European Parliament Roberta Metsola and discussions on a Marshall Plan for Ukraine and Eastern Europe, NATO enlargement to Finland and Sweden, and the new Euro-Atlantic security relationship, among other topics.

On Tuesday, 28 June, the participants will, among other, discuss the state of the global economy, Russia after Putin, as well as challenges to democracy in the world.

The final day of the Forum, 29 June, will feature the NATO Public Forum live from Madrid, taking place simultaneously with the summit of the Alliance in the capital of Spain. Three separate panels – on great power competition, China and Russia, and the technological trends – will take place.

“While societies across the globe still grapple with the pandemic, we are also entering a new normal marked by ongoing social, ethical, economic, and geopolitical upheaval, from increased inequality, democratic backsliding, new workforce patterns, supply chain challenges, and increased geopolitical tension”, the announcement for the Brussels Forum reads.

Rebuilding our societies and our alliances following the COVID-19 crisis to face a new level of strategic competition is a similarly daunting task, the announcement continues.

“We can learn from the bold vision and wise generosity of the Marshall Plan and with strong international institutions, a commitment to open societies, close cooperation among transatlantic and global democratic allies shape smart cooperative responses to today’s challenges”, the announcement concludes.