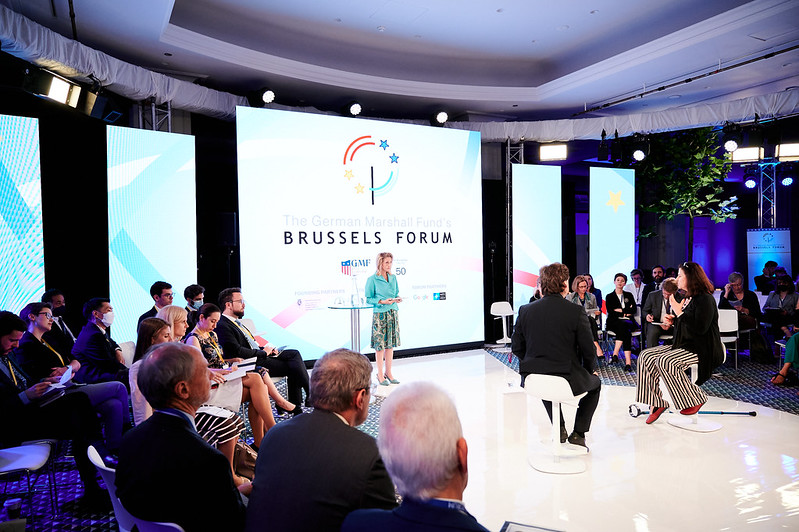 BRUSSELS – The European Union enlargement process to the Western Balkans has a credibility issue, but it can be rejuvenated after Ukraine, Moldova, and Georgia were given a European perspective last week. This was assessed by Katarína Mathernová, Deputy Director General of the European Commission’s Directorate General for Neighborhood and Enlargement Negotiations.

Mathernová was speaking at the panel of the 2022 Brussels Forum “A Marshall Plan for Eastern Europe” on Monday, when an issue of the current state of enlargement process was also brought up.

“Until last week, neither Moldova nor Ukraine nor Georgia had the European perspective… And now, there is an official recognition of that, which I think will rejuvenate the enlargement process itself. I know that some countries in the Western Balkans were disappointed… I think that this has the potential to rejuvenate and re-energize the enlargement process”, Mathernová said.

She said that the decisions on enlargement were made by the politicians in the Council and not the European Commission, which proposed the opening of accession negotiations with North Macedonia and Albania three and a half years ago.

“Hopefully, there will be some momentum this week that can reverse this”, Mathernová said, adding that there is a credibility issue with the enlargement to the Western Balkans.

However, she believes that the inclusion of Ukraine, Moldova and Georgia in the European perspective will bring the energy necessary to restart the enlargement process.

“The enlargement process with the Western Balkans has been a really drawn-out affair and a country as big as Ukraine will force the issue of any kind of changes in the decision-making process, the absorptive capacity of Europe itself, as well as it will hopefully create a little bit of competition and spur countries to be faster in specific reforms”, Mathernová concluded.

Brussels: The Government to analyze the recommendations of the Venice Commission regarding the Law for the languages

Russian attack on Ukraine: Serbia and Republika Srpska yet to take a position